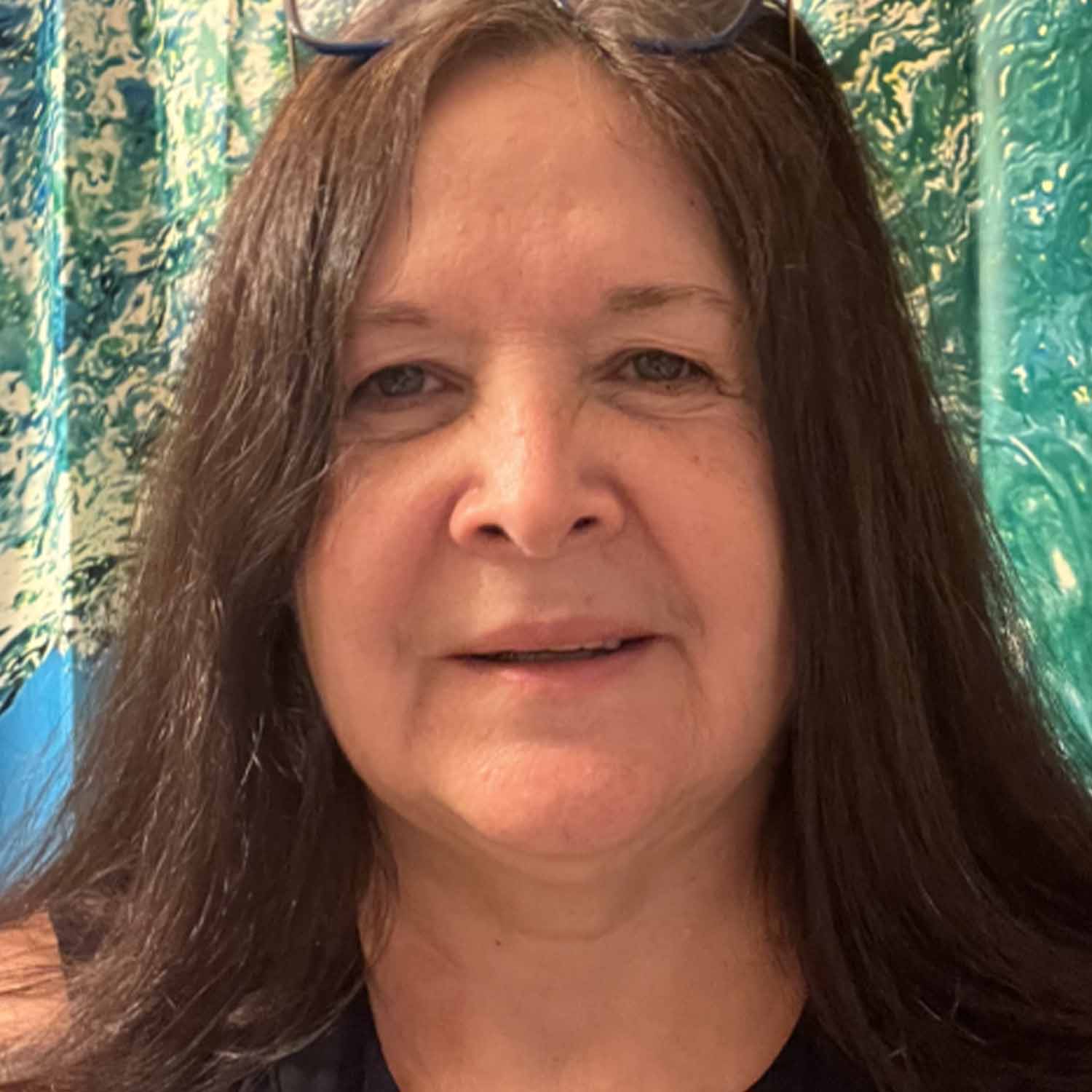 Carol Camille is the Executive Director of the Lillooet Friendship Centre Society (LFCS), serving her community for the past 13 years. She has organized and led the LFSC team with courage and energy to support hundreds of clients and members. Carol has been at the helm through significant challenges: the pandemic, economic hardships, fires, floods, landslides, road closures, homelessness and more. Because of her strength and dedication, the LFCS stayed open through the pandemic providing much needed services to the community.

Carol also works with the food bank and local grocers to provide food for those in need. These food sharing services reach neighbouring communities including Bralorne, Fountain and Goldbridge. When nearby Lytton was ravaged by wildfires in 2021, the LFCS was transformed into a dormitory with meals, medical attention and counselling offered to evacuees. As a proud Secwepemc woman from Tk’emlups, Carol ensures traditions and culture are actively featured and promoted in every way at LFCS. 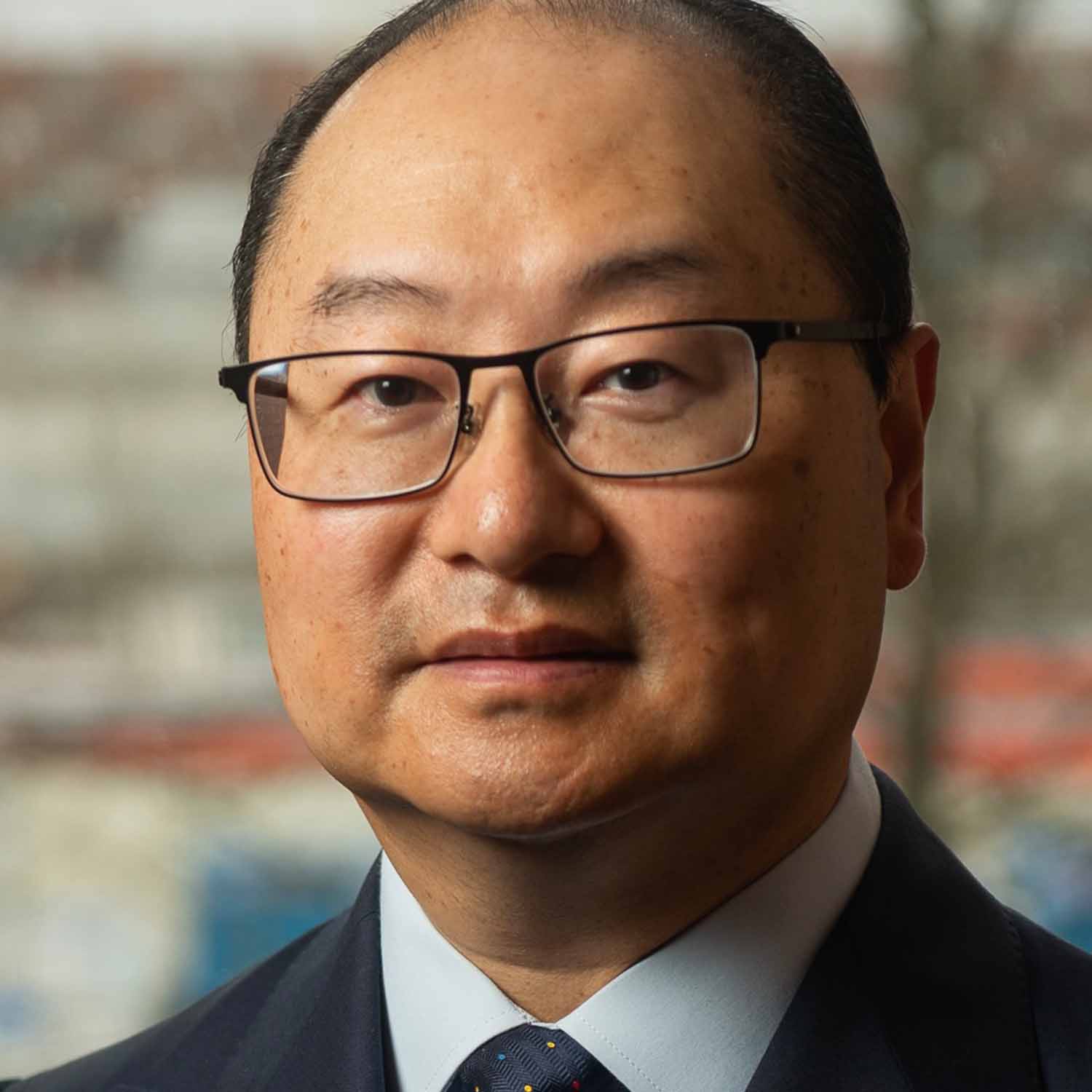 For over 40 years, Herman Ho has engaged in a range of volunteer activities improving the quality of life of those around him. His community service began at an early age and after serving with Scouts and Rovers, Herman became a volunteer with the Salvation Army. At the age of 17 he formed the Traffic Auxiliary Corps through collaborations with the Vancouver Police Department and Insurance Corporation of British Columbia on campaigns directed at youth on drinking and driving, seatbelt use and pedestrian safety. Herman subsequently became involved with the Duke of Edinburgh’s Awards as a leader and assessor for 15 years where he supported over 1,000 youth to achieve the Award.

Herman volunteered with St. John Ambulance (British Columbia and Yukon) for over 30 years serving as Provincial Chair and Provincial Commissioner. In 2007 he was appointed an Honorary Aide de Camp to the Lieutenant Governor and has served three consecutive Lieutenant Governors culminating to his current appointment as Chief Honorary Aide de Camp. In addition to his outstanding volunteer service to his community, Herman displayed tremendous courage by saving a man from drowning in the Fraser River in 1993 and was recognized with the Medal of Bravery. 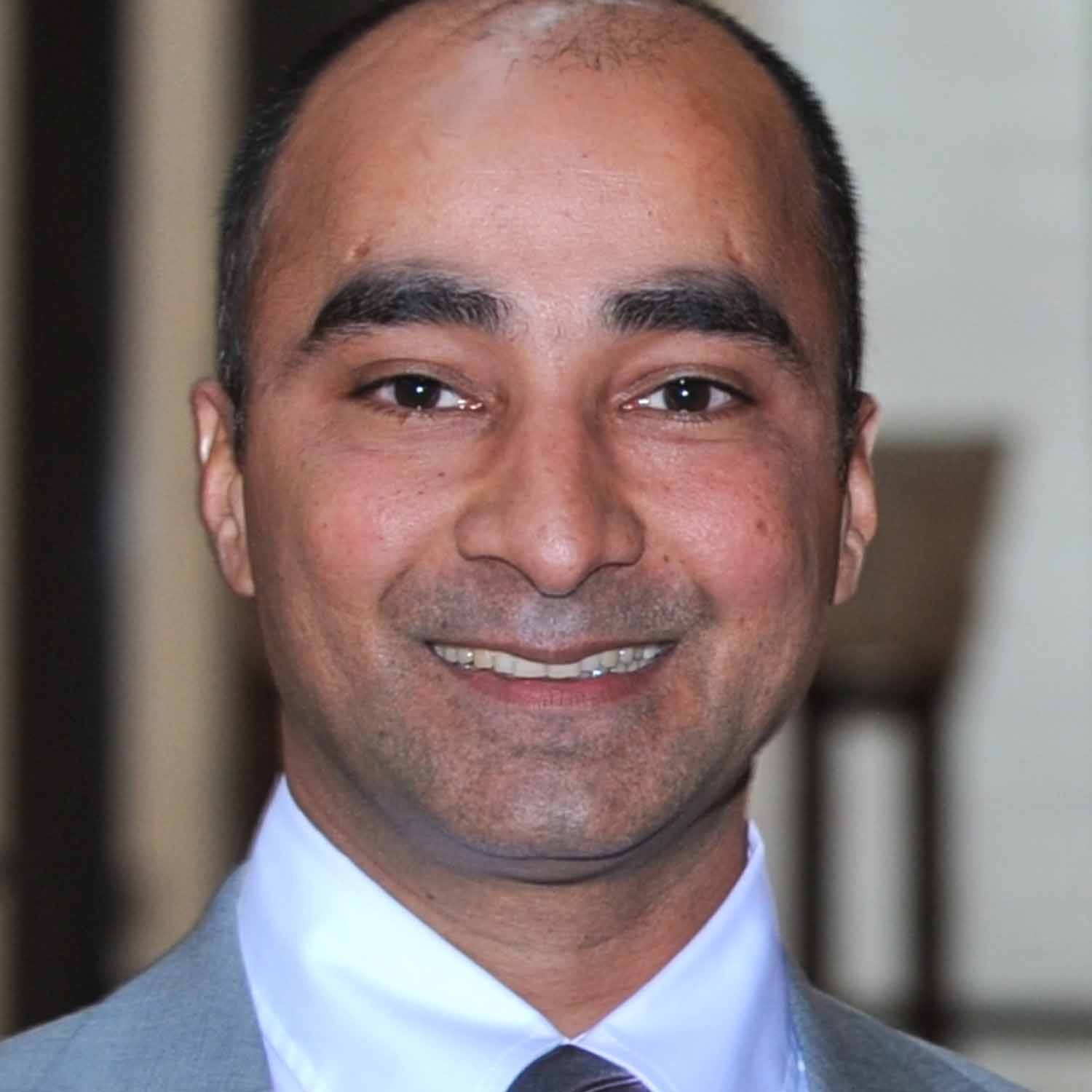 An award-winning radiologist and scholar, Dr. Faisal Khosa excels as a clinician-scientist. His work as a mentor, educator and advocate for equity, diversity and inclusion (EDI) has created a legacy for his profession and also the larger BC community. With more than 240 peer-reviewed scholarly publications, Dr. Khosa’s research has catalyzed initiatives to increase the accessibility of higher education and achievement for underrepresented students. He has created actionable guidelines for institutions in BC and Canada for the equitable inclusion of students, educators and physicians.

Dr. Khosa serves as a mentor for students belonging to underrepresented groups including female, refugee, BIPOC and those with physical and mental disabilities empowering them through hands-on EDI workshops. His purpose and dream are to ensure a level playing field and enable those who have been historically marginalized with the opportunities to shine. 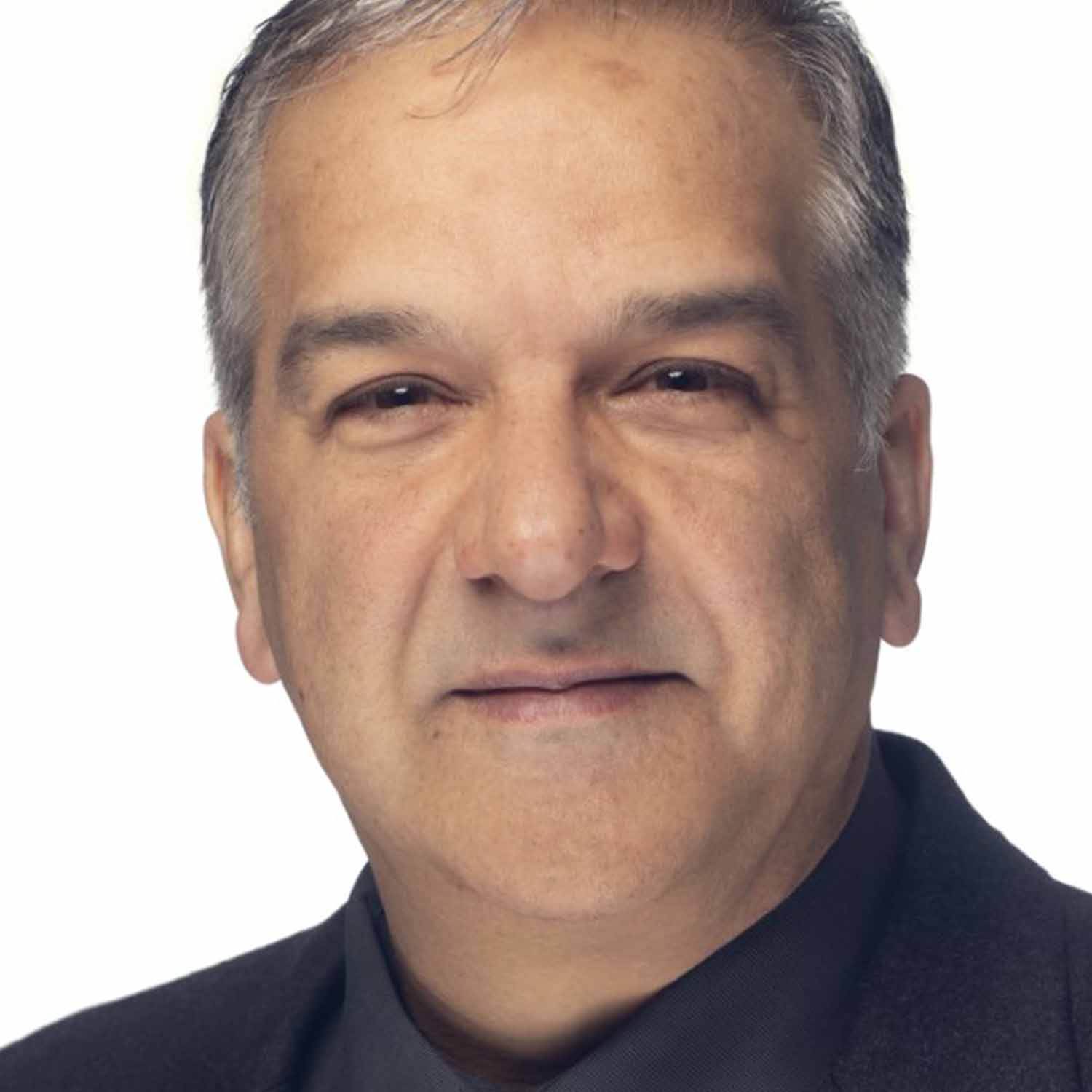 David Lau has made significant contributions to Greater Victoria. In 2012 he became the Executive Director of the Victoria Immigrant and Refugee Centre Society (VIRCS) and led the transformation of the struggling organization by innovating its programming and human services, stabilizing its finances and workforce, and making it a nationally recognized centre for trauma-based services and collaboration. His service has enhanced the community for immigrants, refugees, and Canadians-in-waiting while enriching connections to existing communities through multiculturalism, anti-racism, business, culture, and the arts. 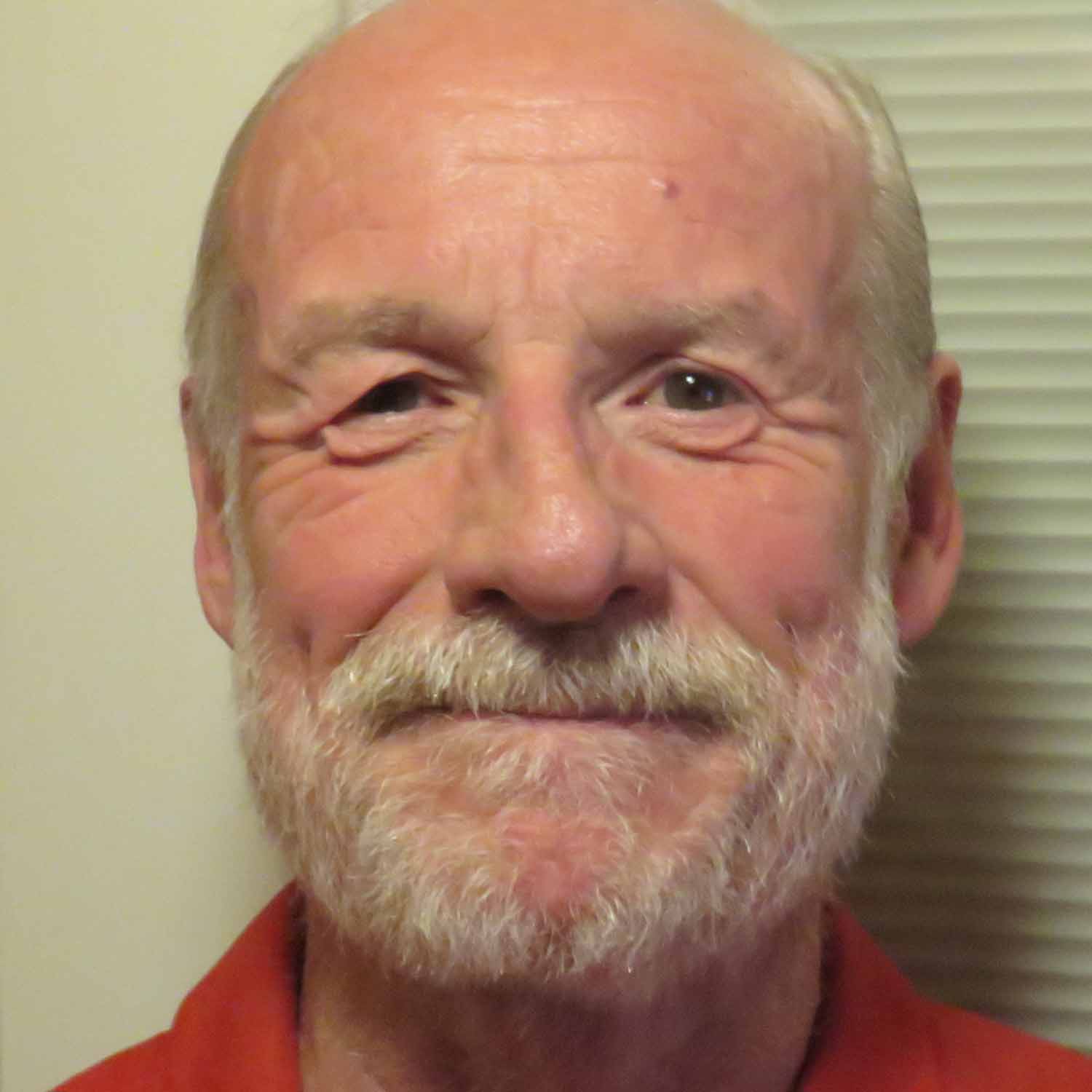 The Columbia Valley Food Bank (CVFB) is indebted to Lawrie Mack for his exceptional work in the local community. During his four-year tenure as chair, his leadership increased the organization’s profile, accessibility to services and inclusivity. The CVFB went from a small community organization to one with an active, engaged board and volunteer base. Lawrie instigated a delivery program to include more remote communities, reaching individuals and families who were previously unable to access services.

Lawrie was instrumental and highly involved in tackling another integral initiative – a new facility for CVFB. He took the lead in negotiating an agreement with the district to finance and build on land owned by the town. Lawrie wrote multiple grant proposals to cover building expenses, oversaw the hiring of a project manager to handle the construction, encouraged the provision of “in kind” donations from businesses and organizations, and became the face of the biggest project the CVFB had ever undertaken. 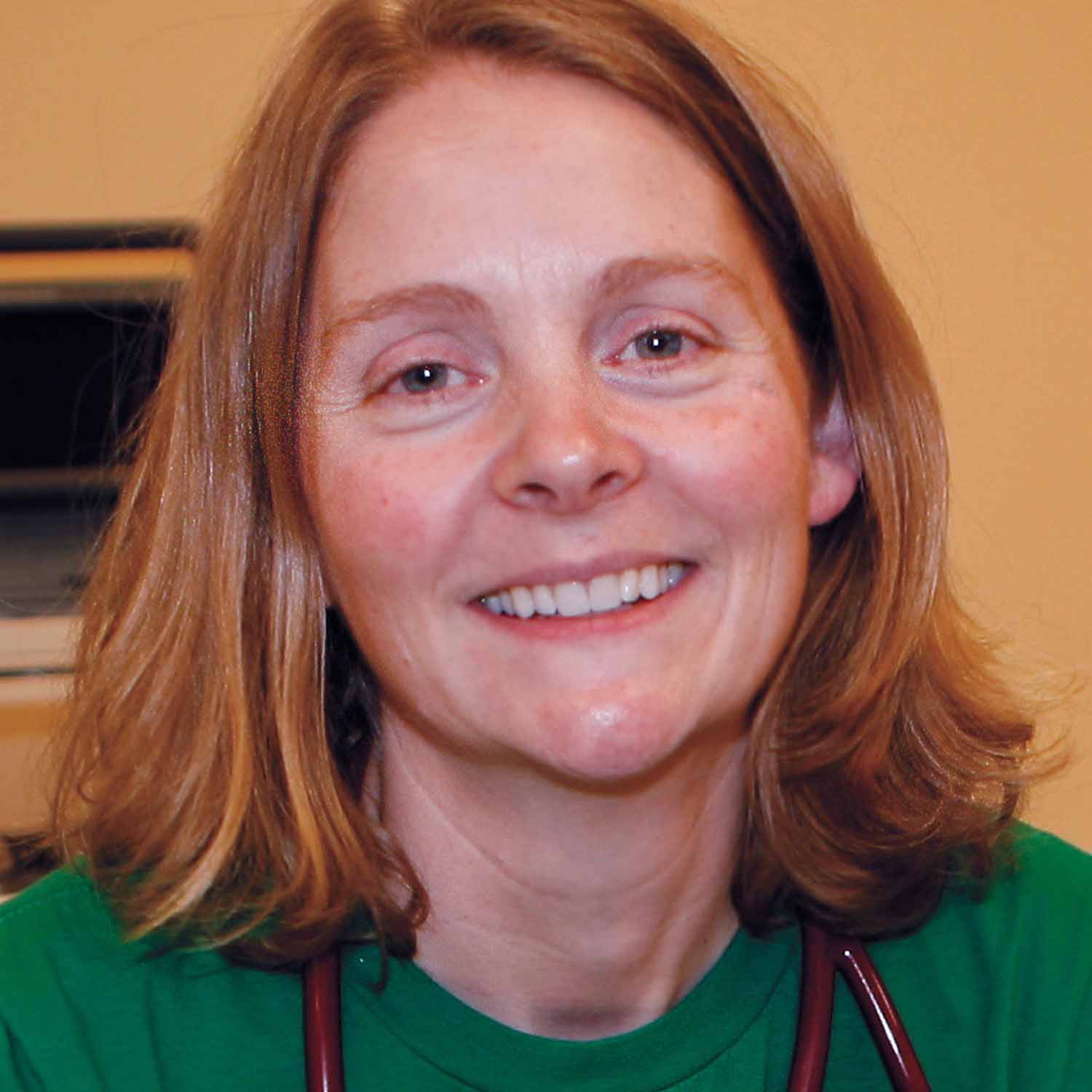 Dr. Tracey Thorne is a dedicated leader of the Gabriola Chapter of the Rural and Remote Division of Family Practice. Dr. Thorne pushed for rural communities, and their healthcare providers, to get the support they needed during the pandemic. She was instrumental in creating a position for a Mental Health and Substance Use Nurse and a social worker, both of whom are now embedded in the community of Gabriola Island. Embracing the range and needs of family practice medicine, Dr. Thorne also partnered with a local service agency to create a palliative care program on Gabriola Island and initiated a community-based organization, the Gabriola Health and Wellness Collaborative.

Dr. Thorne has also served the Youth Wellness Clinic in Nanaimo and was on the Advisory Board for the Adult Mental Health and Substance Use Spread Network with the Nanaimo Division of Family Practice. In 2019, she was awarded a BC College of Family Physicians’ Social Determinants of Health grant to develop the Mama Mood program, a facilitated counselling and support group for mothers on Gabriola Island. 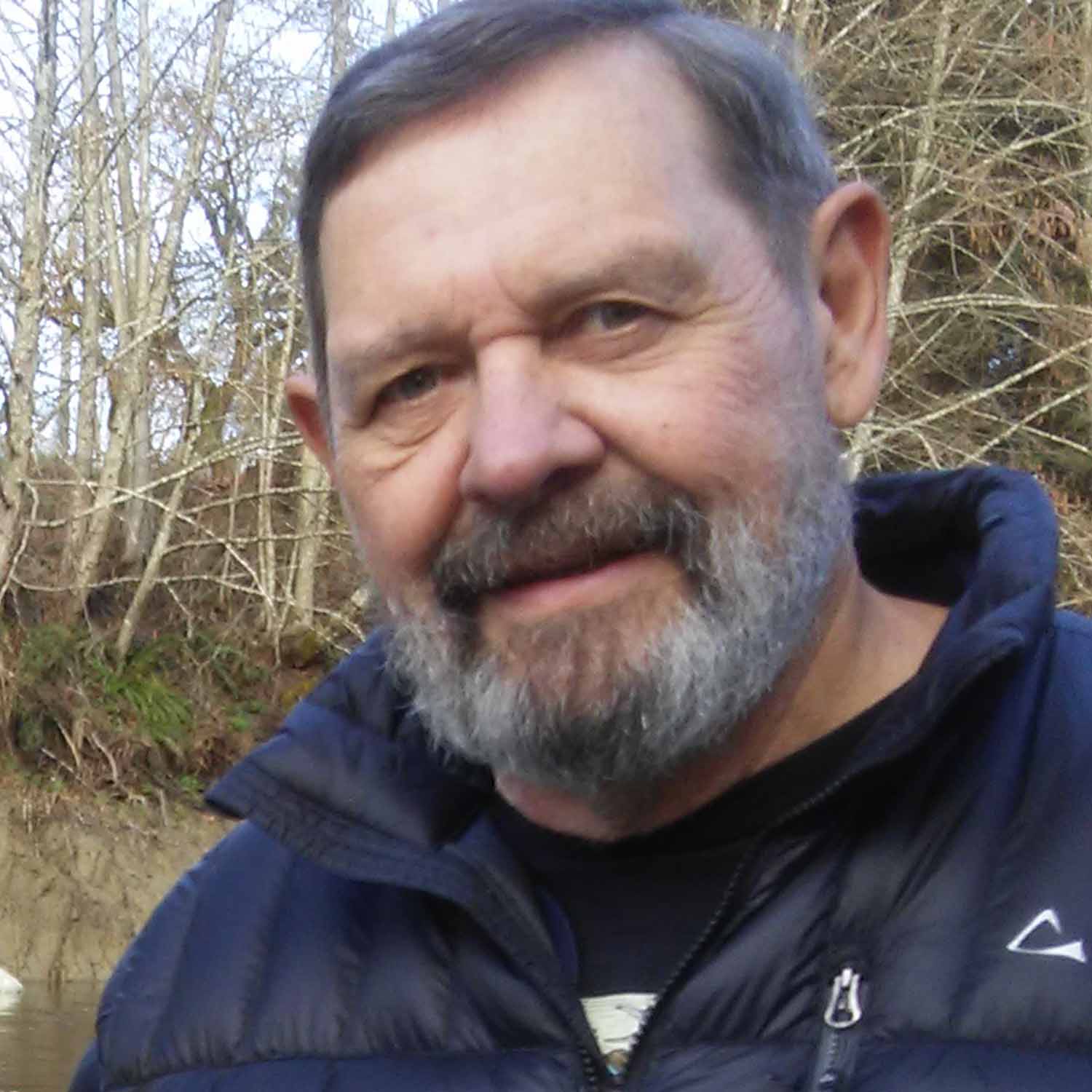 Wayne White has contributed to the quality of life and protection of the environment in the Comox Valley for more than 40 years. Exceptional at building partnerships, Wayne gets people involved while fostering positive action. In addition to his work in environmental monitoring, Wayne served on the Comox District School Board for six years and was a founding director of the Tribune Bay Outdoor Education Society on Hornby Island. He also helped form the Tsolum River Task Force in 1995, an early multi-stakeholder effort to develop a plan to remediate the mine site.

Wayne was a founding director of the Tsolum River Restoration Society in 1998 and has served as its president since 2012 ensuring that the society’s mitigation efforts remain effective. A volunteer for the Courtenay and District Fish and Game Protective Association (CDFGPA) for over 10 years, Wayne serves as chair of the Conservation Committee and sits as CDFGPA’s representative on the Comox Lake Water Protection Group. Wayne’s recent achievements include negotiating land and water use agreements and constructing a freshwater fish hatchery at Comox Lake. 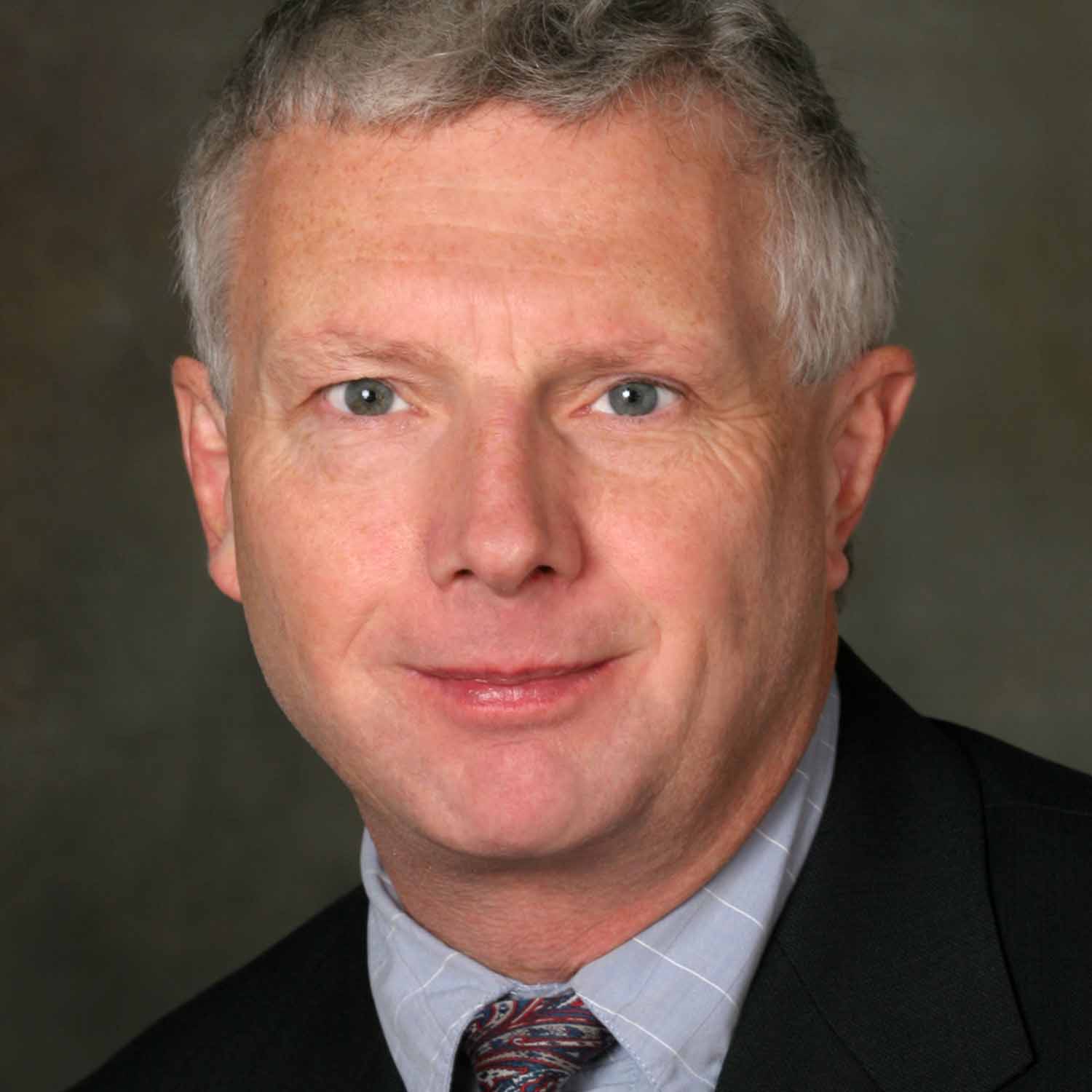 Anders Ourom began serving BC’s climbing and mountaineering community while a student at the University of British Columbia and remains actively engaged to this day. As a young volunteer, he led training trips and taught rock climbing at Squamish and elsewhere. He has continued this with the BC Mountaineering Club, which he has been active in for over 50 years. Anders’ efforts introduced many people to rock climbing and mountaineering, and he has been a mentor to many climbers. An expert rock climber, his 1980 guidebook to rock climbing at Squamish systematized and collected all the information available to that point.

A founder and long-time president of the Climbers’ Access Society of BC, Anders was one of those instrumental in persuading the provincial government to create Stawamus Chief Provincial Park in 1995 and Skaha Bluffs Provincial Park in 2010. A founding member of the Vancouver International Mountain Film Festival in 1997, Anders has been involved as a volunteer, director, and strategic adviser. Anders was an early member of Mountain Equipment Co-operative. He started as a volunteer at its tiny first store, then served nine years as a director, including three years as chair. 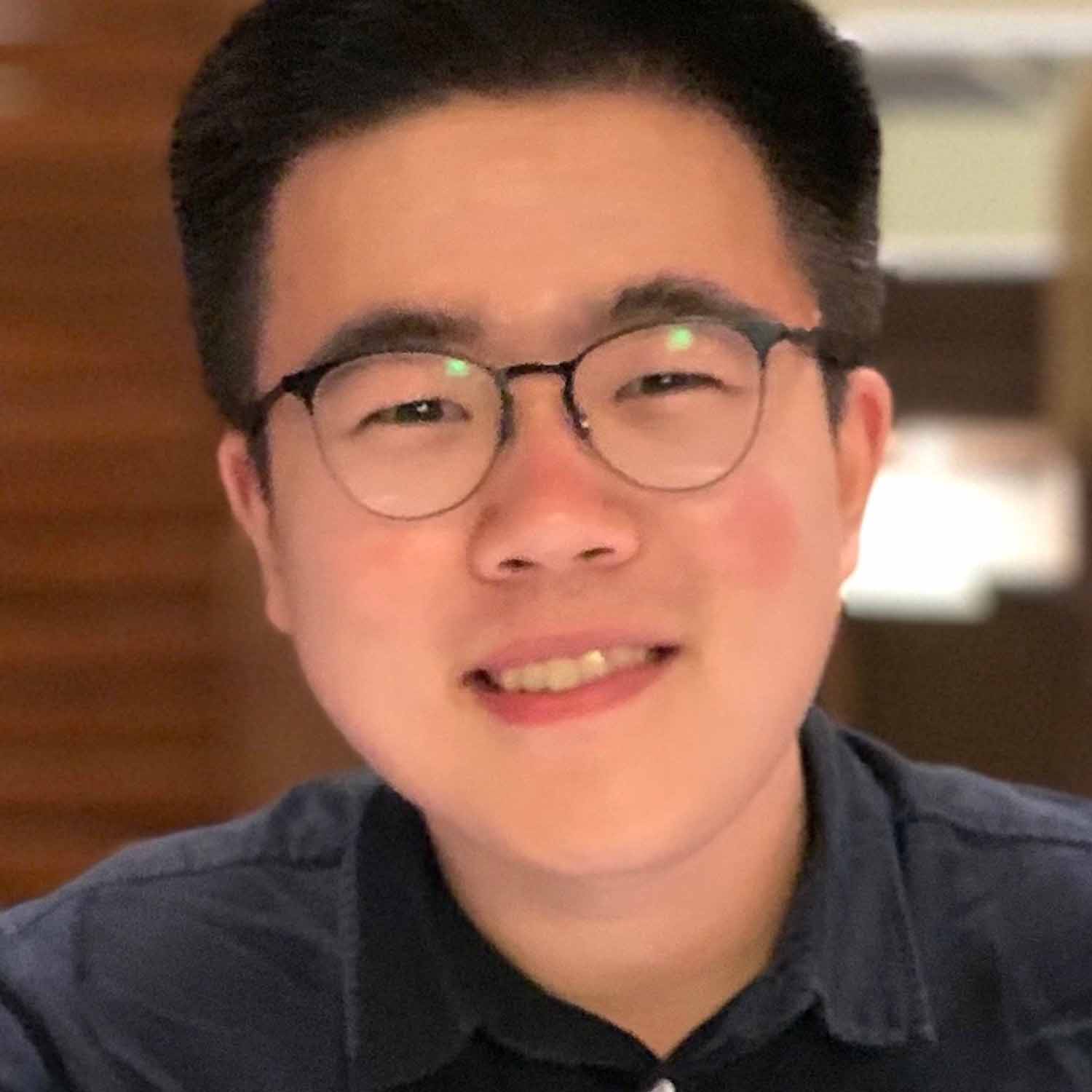 As a high school student and a second-generation Canadian, David is passionate about making his community more inclusive and equitable for all. In 2017, he founded The Global Spotlight Foundation, an international student initiative that transforms youth into changemakers through stories and mentorship. Since then, David has led numerous community projects, including human libraries, conferences, and town halls. He has proudly delivered three TEDx talks and represented Canada through the Human Rights Conference in Copenhagen, the Asia-Pacific Economic Cooperation, the 2019 Vimy Pilgrimage Award and as a Yale Young Global Scholar.

Last year, David was appointed by Prime Minister Justin Trudeau to provide policy advice to the Government of Canada through his Youth Council. As one of its leaders, David successfully advocated for the national conversion therapy ban and for increased funding for marginalized communities in the federal budget. Today, David is studying on a scholarship at Lester B. Pearson United World College of the Pacific, before heading to the University of British Columbia this fall.