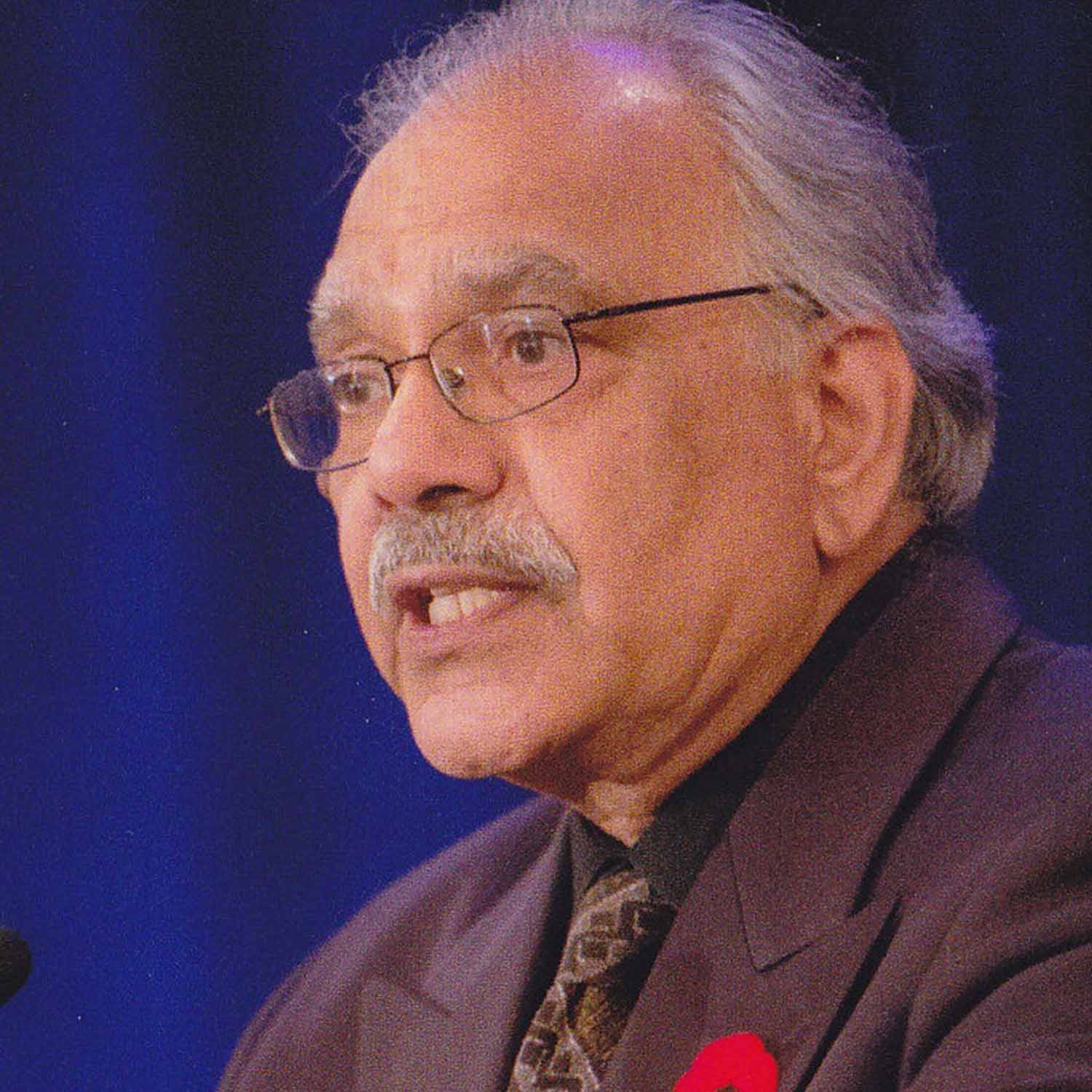 For over four decades Suresh Kurl has connected with his fellow British Columbians through his articles and essays on culture, equality, justice, and faith. These pieces have appeared in the Vancouver Sun, Province, Huffington Post, Georgia Straight, Richmond News, Link Newspaper, and Darpan, Mehfil, Aaj magazines amongst others. His energy and drive have contributed to improved understanding and dialogue, in the areas of citizenship, multiculturalism, race relations, and interfaith harmony.

A community builder, Suresh presents in forums where he shares his unique and rich experiences and challenges his audiences to adopt oneness rather than otherness. Until recently he was an active member of the Canadian Race Relations Foundation, and he remains a regular contributor to and participant in the annual Raise Your Hands Against Racism event. At 81, Suresh is a member of the Special Committee on Reforming the Police Act, assembled July 2020. 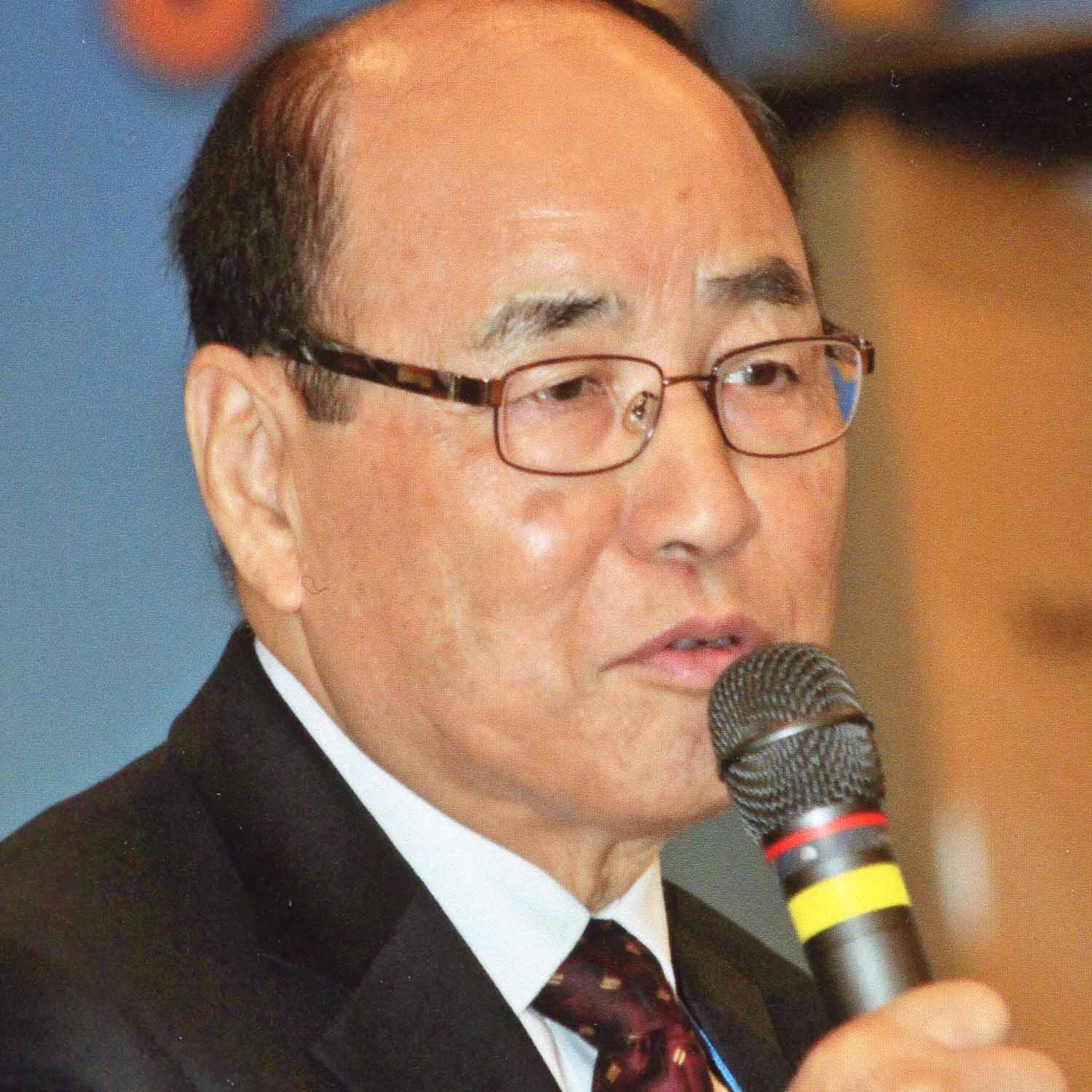 Chin uook Kim is a hero in the Korean Canadian community. A true success story of immigrating to Canada (1969) and starting a business, Mr. Kim is a committed, strong advocate and role model in his community. In 2014, he received an award from the President of the Republic of Korea for being one of the outstanding Korean leaders in the Greater Vancouver area. He resurrected the Korean Society of BC for Fraternity and Culture (KSBC), a non-profit organization servicing over 80,000 Koreans living in Metro Vancouver. In 2018 he formed and chaired the Emergency Measure Committee to maintain the KSBC when the organization’s leadership was in peril, and his efforts had the KSBC functioning again by 2019 as a community strength.

After successfully leading this role, Mr. Kim continued his service as Vice President of KSBC further demonstrating his dedication. He also served as the Korean Senior Society chairman in 2014 and 2015, developing educational programs for Korean Canadian seniors. Mr. Kim’s constancy and leadership has earned the respect and gratitude of community members and encouraged the next generation to step up and volunteer for the KSBC. 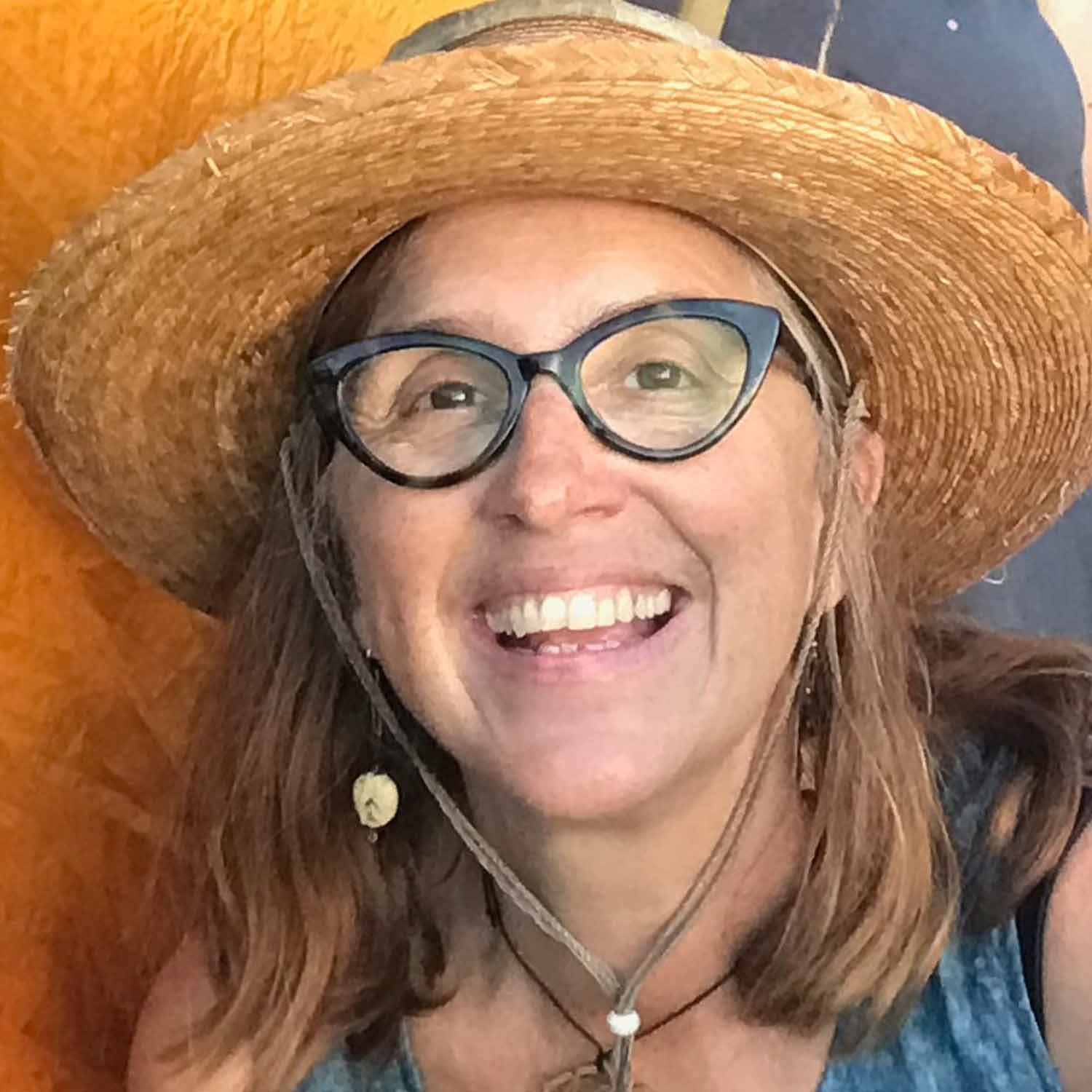 As an artist, co-creating art is at the core of what Carmen Rosen strives to achieve through her work at the Still Moon Arts Society. When Carmen moved to the Renfrew Collingwood neighbourhood in Vancouver, she discovered a hidden treasure, the Renfrew Ravine, a remnant woodland with a small section of Still Creek running through it. Carmen joined the neglected ravine clean-up crew and was inspired by its natural beauty to create an event to recognize its value. Still Moon Arts Society was born and the Moon Festival began.

Noting the community demographics, Carmen took the Asian Mid-Autumn Moon festival for inspiration initiating the creative integration of community, arts and environment. Her engagement strategy included youth and seniors, the cultures around her, community organizations and schools. In 2017, Carmen published What Comes to Light; Stories of Still Creek Lost and Found. Motivated by the health of the ravine, Carmen sought out environmental partners such as the Evergreen Foundation, BCIT Rivers Institute, Environmental Youth Alliance, and City of Vancouver Planning. Carmen’s leadership has inspired youth and residents to participate in the removal of invasive species, plant native trees, monitor water quality and continue clean-up efforts. 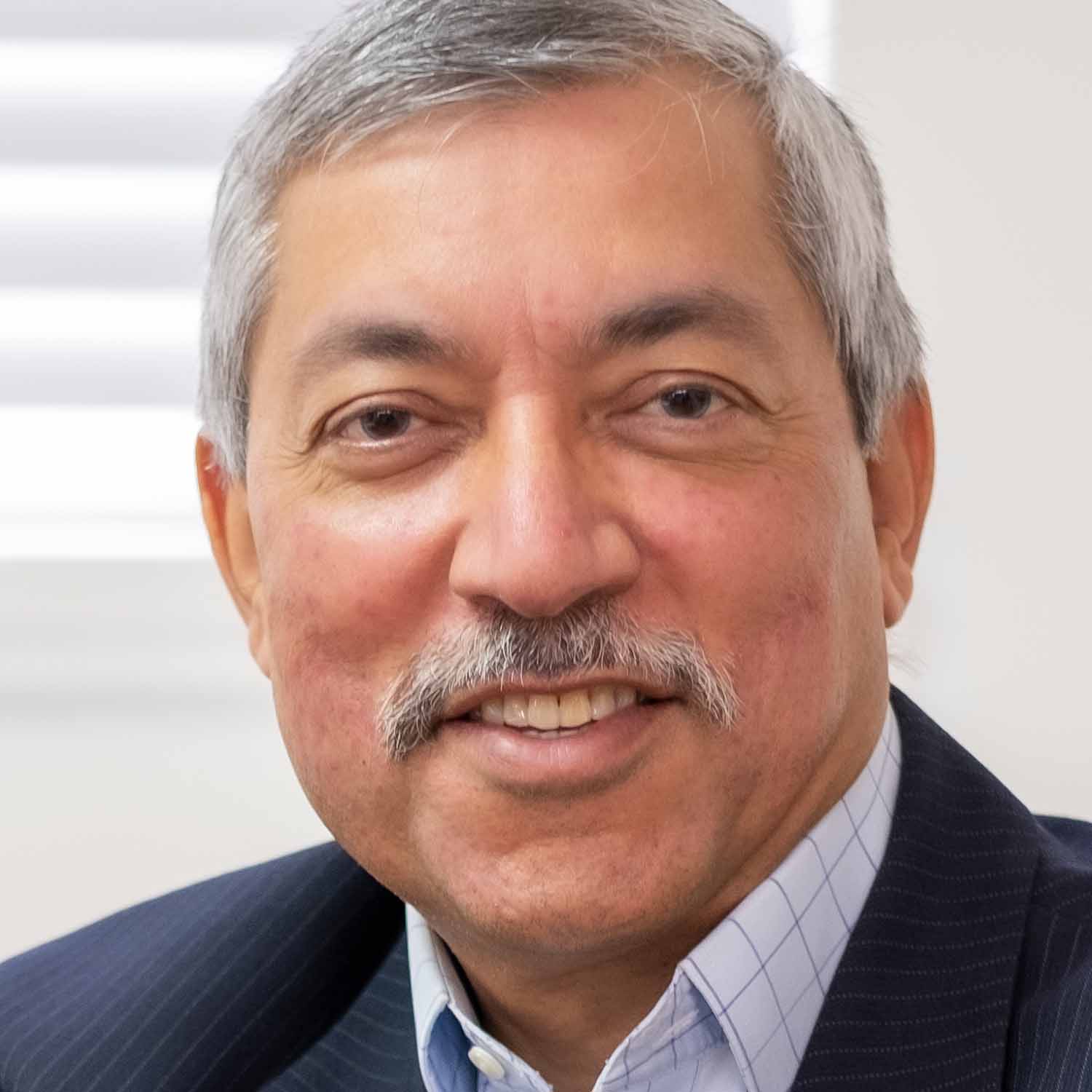 For over 40 years Kamal Sharma has been involved in the entertainment business, bringing together South Asian communities. He identified a need in the local population to help bridge the gap between South Asian entertainers, entertainment news and the fast-growing new immigrant population in the lower mainland. He provided a platform to engage with BC youth and nurtured their appreciation for the culture and talent from India. From hosting TV shows, to renting and selling Bollywood movies to presenting sold out concerts to thousands of people, Kamal has remained true to his roots and shared his love of South Asian culture, entertainers, music, and Bollywood stars.

Through his work, Kamal has helped thousands of people stay abreast of the latest entertainment out of Bollywood. With his experience behind him, Kamal founded KVP Entertainers & KVP Heritage, whose goal is to revive arts presentations from South Asia in BC. Kamal and KVP Heritage have sponsored many community events and fundraisers, supported young people as well as up and coming future stars. 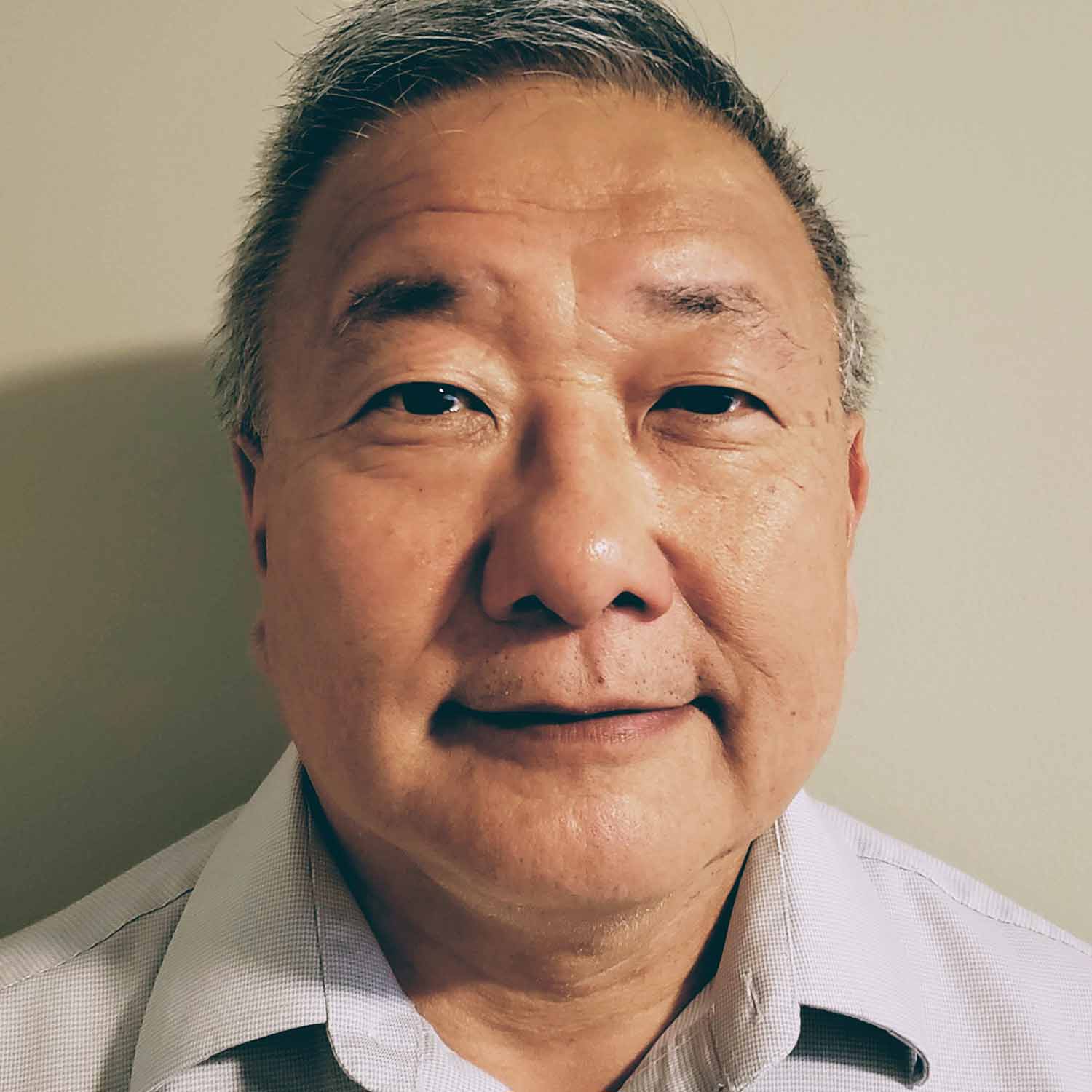 The city of Coquitlam and the strength of the community is indebted to the commitment of volunteers like Robert (Bob) Tanaka. Bob has sat on many local boards, notably the Coquitlam Public Library and the Coquitlam Foundation and shared his skill set as an accountant to further the goals of the organizations he serves. In these roles Bob held various positions, including Treasurer, applying his expertise to steer the financial well-being of the boards while demonstrating the importance of engagement and what it can accomplish.

Bob has also lent his leadership skills to more regionally based organizations such as the Domestic Abuse Services Society, the Crossroads Hospice Society and Foundation and the Tozenji Japanese Culture Centre. In his many volunteer endeavours, three things remain constant to Bob’s volunteerism: his willingness to serve, the effectiveness of that service, and the good will he creates as part of that service. 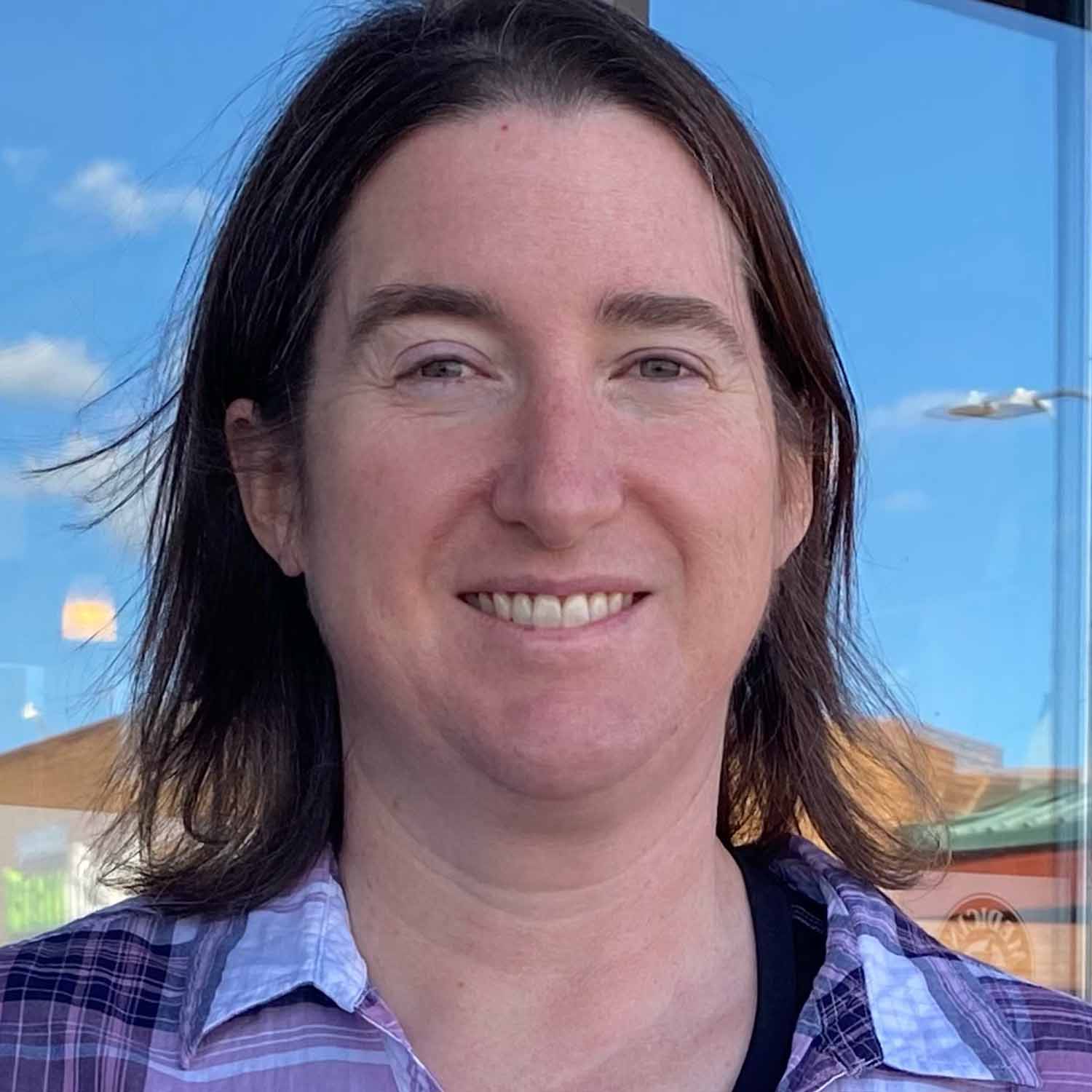 Charissa Tonnesen began working in Tumbler Ridge in 2000, after graduating from the University of British Columbia (UBC) as a pharmacist. She made Tumbler Ridge her home seven years later, remaining a beacon of hope and community devotion through tough economic times. Charissa has served on numerous board committees, including the Tumbler Ridge Museum and its UNESCO Global Geopark, and the Community Arts Council. An accomplished singer and guitarist, Charissa has been a member of the community choir for many years. She supports local youth through her involvement with the annual TR Junior Idol competition, hosted by the Arts Council, and the Northern Rockies Karate-do. Charissa is a karate champion and encourages youth to achieve their best in sport as well.

In 2019 she took over the running of Flatbed Loops for the Wolverine Nordic and Mountain Society. Her commitment to teaching is evident through her voluntary work as preceptor for UBC Pharmacy students. Many such students have passed through her Tumbler Ridge pharmacy and experienced the challenges and rewards of being a rural pharmacist. 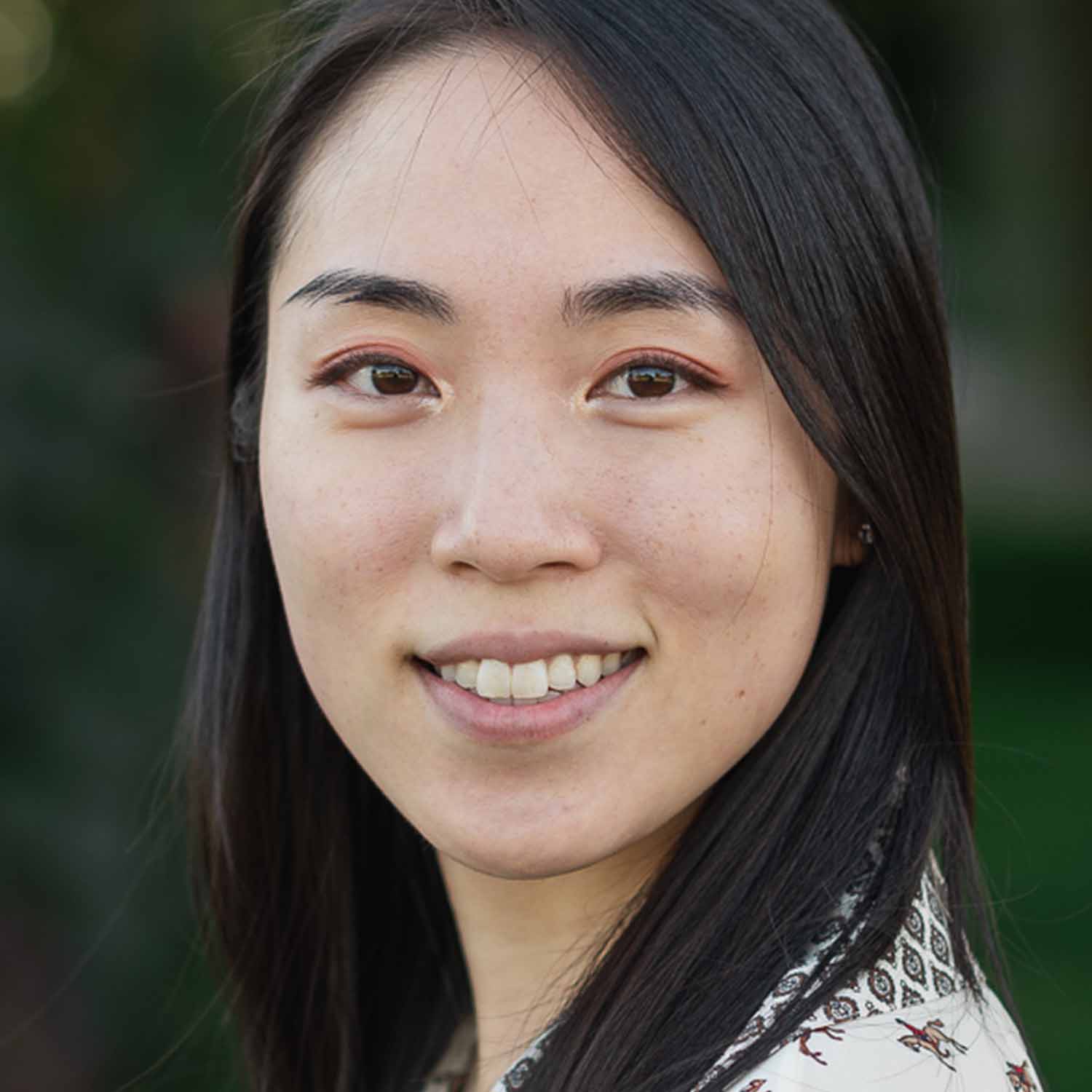 Dr. Vivian Tsang advocates for a world with equitable access to healthcare. Through her charity, the HOPE Initiative Foundation, Dr. Tsang has developed a platform for youth to get involved in community service that helps reduce stigma and healthcare barriers for vulnerable citizens in BC. Her creation of HOPE has engaged and trained over 3,000 BC youth eager to be changemakers who can make a difference. Dr. Tsang leverages these experiences to inspire others by speaking on topics from educational reform to stigmatization and the opioid overdose, to over 40,000 youth across Canada.

Prior to the municipal election, Dr. Tsang sat on the City of Vancouver’s Child Family and Youth Committee. She was chosen to Chair the Faculty of Medicine’s Policy Development Committee in 2018, developing a policy paper to advocate for increased resources for youth mental health to the provincial government. During the pandemic, Dr. Tsang also co-founded the BC COVID-19 Medical Student Response Team, a group that eventually expanded throughout Western Canada to mobilize thousands of medical students to assist with contact tracing, contactless delivery of medications for seniors, and the COVID-19 vaccination rollout. 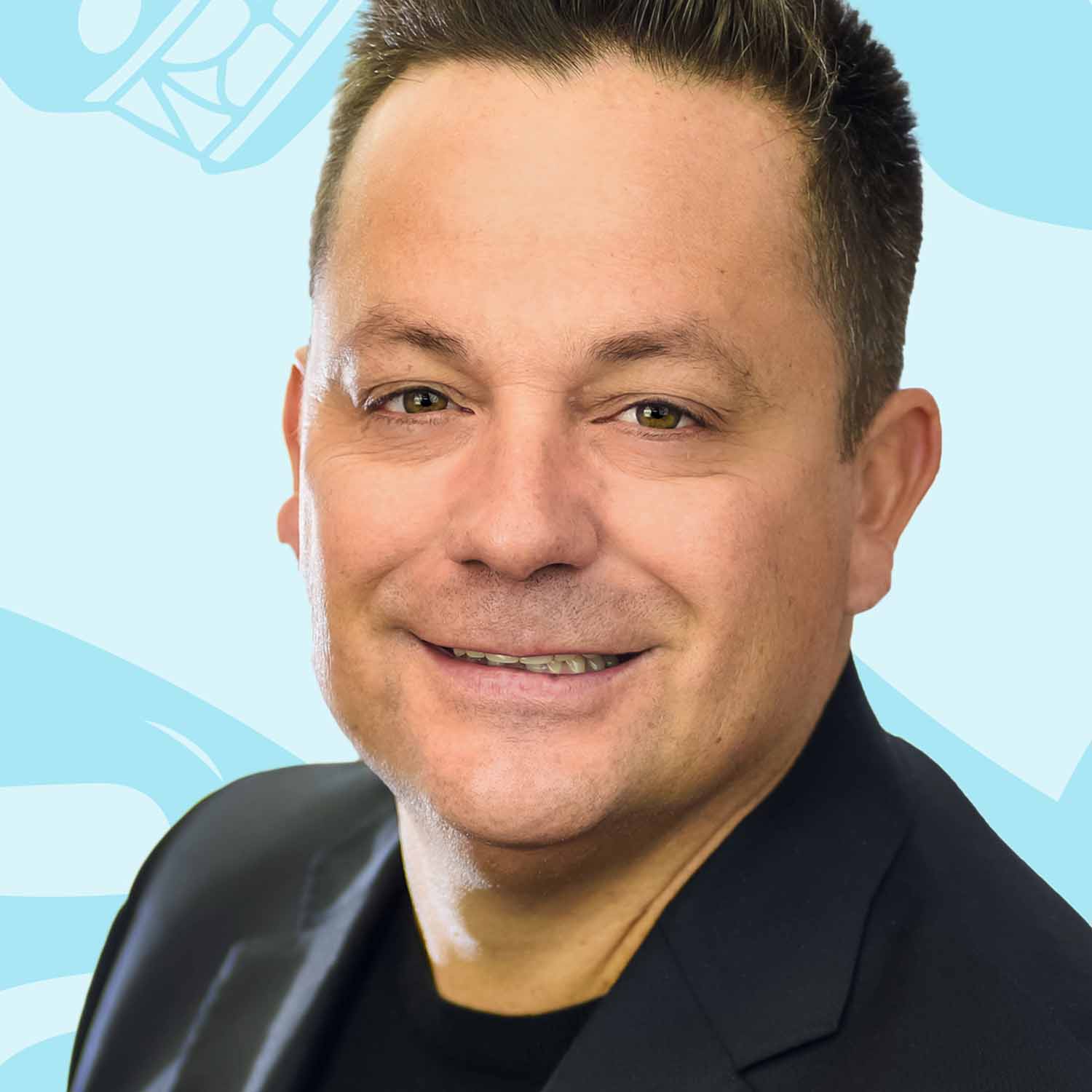 In the field of child and family services for Indigenous youth and families on Vancouver Island, Sqwulutsultun William (Bill) Yoachim is a transformative leader. Having dealt with trauma in his own life, Bill understands the importance of providing an environment required for children and their families to overcome barriers. At Kwu’mut Lelum Child and Family Services, Bill has been the Executive Director for 16 years, and under his leadership, the agency has helped children and families in nine First Nations as well as urban centres. This has involved the development of cutting-edge programs and policies that are informed by Big House Teachings which ensure all First Nations youth be cared for and served.

In the fall of 2021, Bill, in collaboration with the nine Kwu’mut Lelum First Nations, officially launched the Kw’umut Lelum Community Foundation. The Foundation provides a mechanism capable of attracting and distributing charitable and philanthropic resources to youth. This new, First Nations owned and controlled community foundation, provides a self-determining charitable approach to support programs, generate ideas, and invest in community creativity, while encouraging engagement, entrepreneurship, and social and economic prosperity for youth, families, elders and their communities. 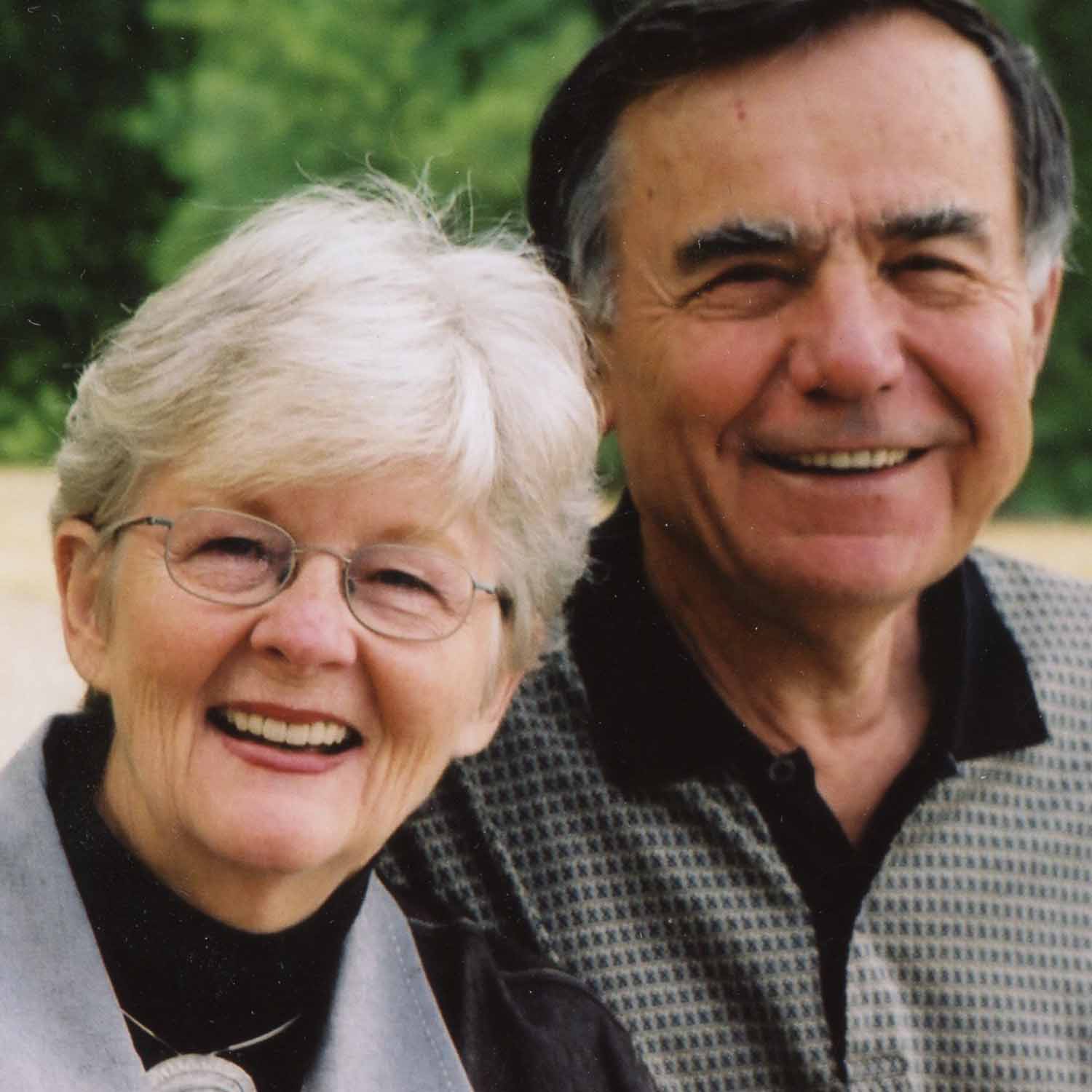 Anthony (Tony) and Nancy Yurkovich are pillars of Richmond’s philanthropic community. True community champions, they consistently continue to step up and encourage others to consider how everyone might contribute to building a better community. In addition to being strong advocates for medical causes, including mental health, home care and end of life care, Tony and Nancy support local and international projects through their membership in the Rotary Club of Richmond.

One of their achievements is the establishment of the first, free-standing community hospice in Richmond, Rotary Hospice House which opened its doors in 2005. They are steadfast supporters of Pathways Clubhouse in Richmond and in 2006, made a landmark gift to VGH for a new medical library giving patients greater access to medical information. In 2012 they provided start-up funding for VGH’s award-winning pilot program to successfully transition patients to home. The Yurkovichs have supported agriculture and food sustainability programs at the University of British Columbia and made the single largest donation in Richmond Hospital’s history to construct a much-needed new Acute Care Tower. 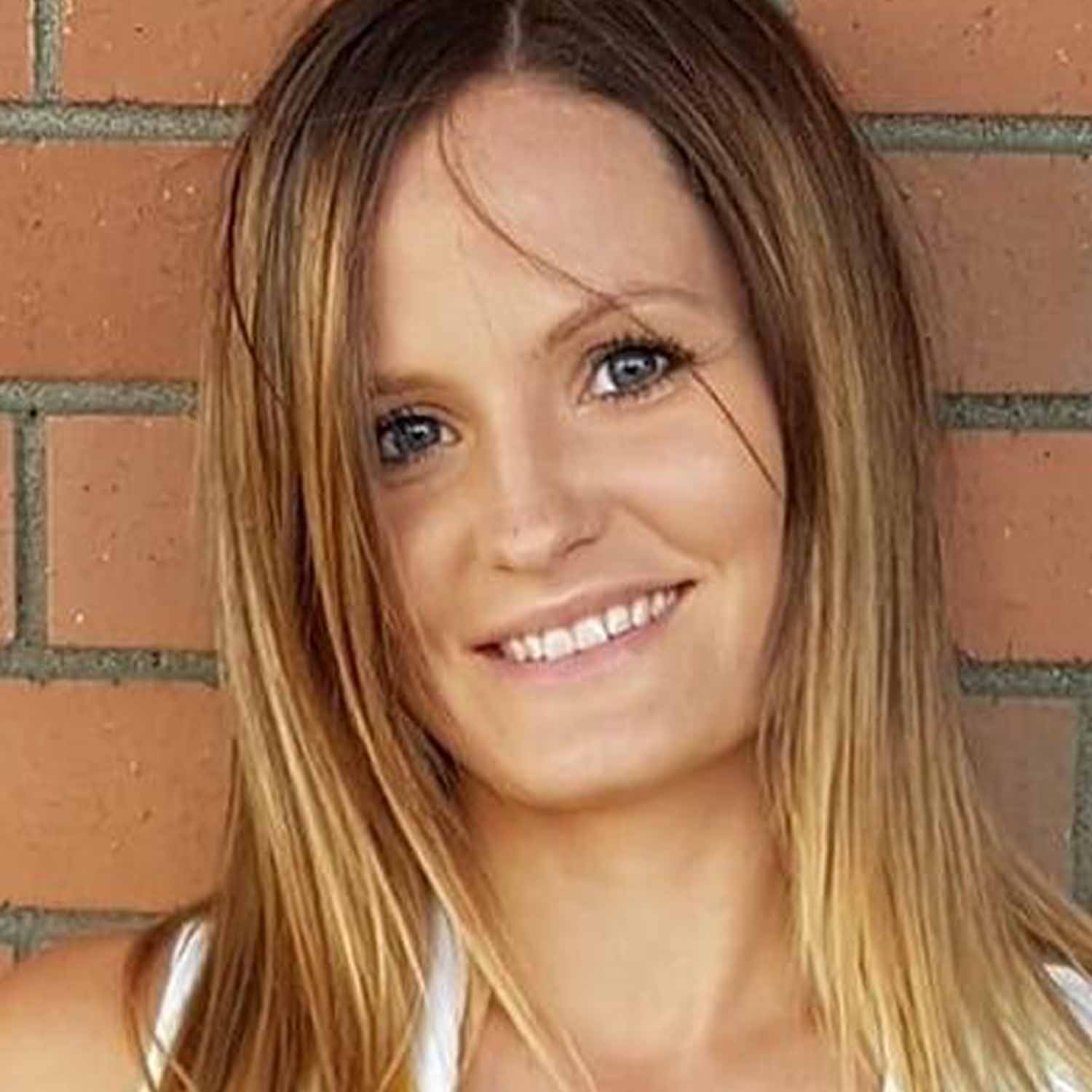 A passionate advocate for people living with complex mental health concerns, trauma, substance use disorders, and experiencing homelessness, Baylie McKnight fills an unmet need for support in a vulnerable population. She began her community service work at age 16 as a youth speaker, focusing on substance use education in schools in 2005. She carried on as a volunteer outreach worker on the streets of Victoria at night for four years. In 2012, Baylie co-founded the Borderline Personality Disorder Society (BPD) of British Columbia, a transformative and innovative charity supporting people living with BPD and their loved ones.

Baylie has worked in various organizations in different capacities, including outreach, non-profits, and health authorities for over 15 years. She is an incomparable resource for those in her field as she has lived experience as well as education to back up her many skills. Baylie recently completed her Master of Clinical Social Work at the University of British Columbia-Okanagan so that she could continue to serve and advocate for others. In addition, she is comprehensively trained in Dialectical Behavior Therapy (DBT) and is undergoing an intensive three-year program to become a Somatic Experiencing trauma practitioner. Baylie is currently developing and implementing an affordable DBT multi-skills group and starting a private practice in counselling.