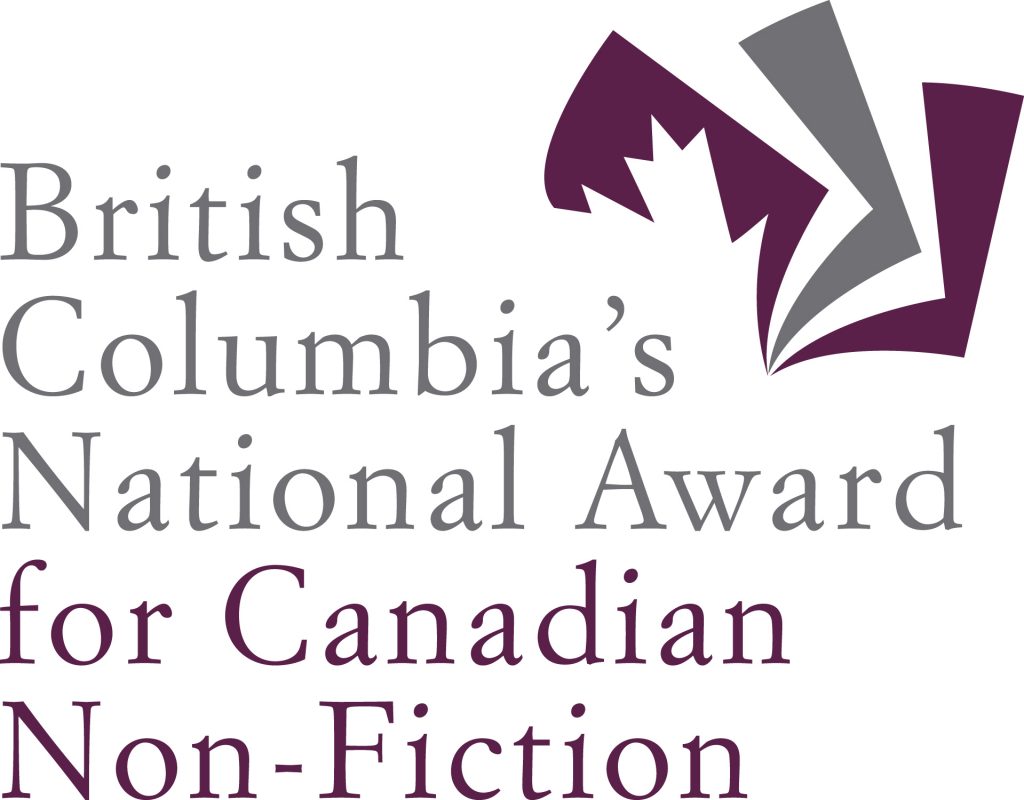 The BC Achievement Foundation announced that, after 14 highly successful years recognizing Canadian non-fiction, BC’s National Award for Canadian Non-Fiction will be replaced.

One of several Canada-wide awards for non-fiction writing, BC’s National Award for Canadian Non-Fiction has recognized 56 writers and invested over $500,000 in prize money in support of the very best of Canada’s non-fiction. BC Achievement salutes the many past finalists and winners of this award and remains focused on its core mandate to celebrate excellence in art, culture, citizenship and enterprise throughout British Columbia.

2018 Carol Off
All We Leave Behind: A Reporter’s Journey into the Lives of Others

2017 Sandra Martin
A Good Death: Making the Most of Our Final Choices

2015 Karyn L. Freedman
One Hour in Paris: A True Story of Rape and Recovery

2013 Modris Eksteins
Solar Dance: Genius, Forgery, and the Crisis of Truth in the Modern Age

2011 John Vaillant
The Tiger: A True Story of Vengeance and Survival

2010 Ian Brown
The Boy in the Moon: A Father’s Search for His Disabled Son

2009 Russell Wangersky
Burning Down the House: Fighting Fires and Losing Myself

2008 Lorna Goodison
From Harvey River: A Memoir of My Mother and Her People

2007 Noah Richler
This Is My Country, What’s Yours? A Literary Atlas of Canada

2006 Rebecca Godfrey
Under the Bridge: The True Story of the Murder of Reena Virk

2005 Patrick Lane
There Is a Season: A Memoir in a Garden

This award for an author and illustrator of a children’s book suitable for a kindergarten student was generously funded by BC’s Ministry of Education.

The winning books were distributed to kindergarten students and/or schools in BC, and are available at public libraries throughout British Columbia.

We appreciate, as well, the support of Canada’s children’s book publishers who submitted their books for consideration for this award.

It was a privilege for BC Achievement to have partnered with the Ministry in a program that encourages BC’s kindergarten students and their families to enjoy outstanding Canadian children’s books. We thank the Ministry for this initiative and its role in enhancing literacy in BC.