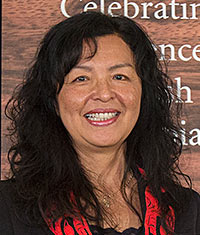 Dale Campbell is an internationally recognized carver, known for her masks, plaques and totem poles. As well, a button blanket that Dale designed and constructed was selected for a year-long exhibition entitled “Robes of Power: Totem Poles on Cloth”, first shown in Australia.  Dale finds much of her inspiration in the myths and legends of her Tahltan and Tlingit people. Dale has added jewellery and glass etching to her practice.  Her work has been shown in the Museum of the Northern BC and the Museum of Anthropology and is in collections in North American and abroad. 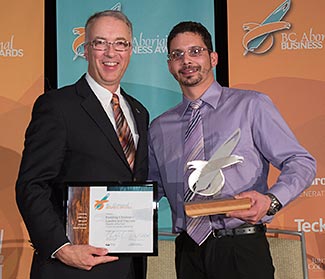 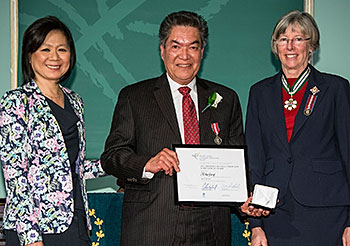 As a leader in the Chinese community in the Lower Mainland, Mike Jang demonstrates everyday his belief in the importance of service and charity and building bridges between cultural groups. He has chaired major Chinese organizations – the Shon Yee Benevolent Association, the Chinese Cultural Centre and the Chinese Benevolent Association. He is an advocate for preserving Vancouver’s Chinatown as a national historic site and also initiated and developed a 72 unit seniors housing project in Strathcona. Mike has been involved in the annual Chinatown Spring Parade, and the Chinatown Arts and Cultural Festival. 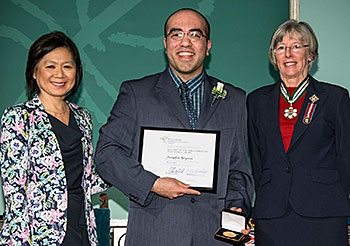 Aminollah Sabzevari is honoured today for the contributions he made to life at the University of British Columbia during his student years as an undergraduate and later at law school and for his contributions to his community of North Vancouver. He was constantly involved at UBC from tutoring to resident advisor, to initiating sport clubs to peer support for law students and mentor for international students. In North Vancouver, he volunteered for many organizations including the Harvest Project and the North Vancouver Recreation Commission. Furthering his studies today at the University of Alberta, Amin continues his personal belief of contributing to the community. 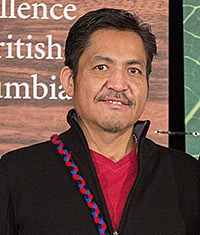 Over the past 30 years, carving in his Tahltan-Tlingit tradition, Ken has produced an impressive body of work that has been exhibited across Canada, in the US and internationally.  A master carver, Ken creates works from miniature to large-scale, from small sculptures to totem poles. He is a founding instructor of the Freda Diesing School of Northwest Coast Art at Northwest Community College in Terrace. 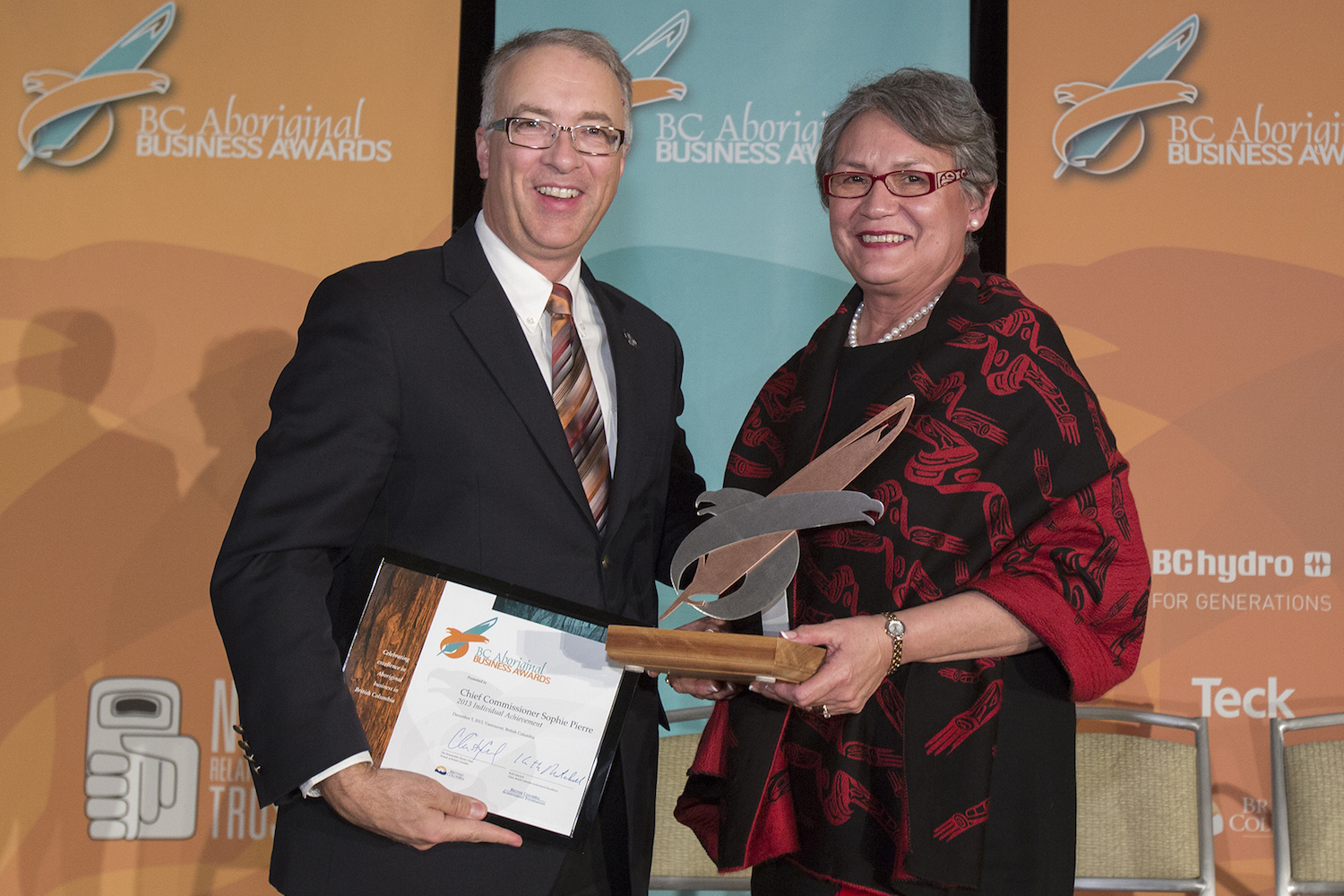 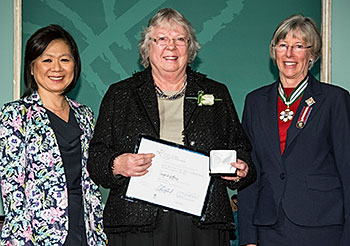 Ingrid Jeffrey is honoured today for her work with children affected by all types of physical, mental health and educational special needs. Building on the foundation of the Variety Learning Centre that she helped found in 1991, Ingrid established the Mediated Learning Academy, a school that serves special needs’ children. As Director of the Academy, Ingrid has created a caring place for children to thrive and to reach their maximum potential. Every day, Ingrid makes every one of her students know how they can make a difference in the world. Ingrid is an inspiring, compassionate and dedicated educator. 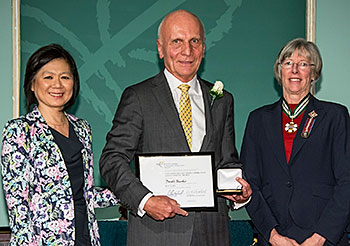 Don Shumka has given decades of service to his community as a leader, philanthropist and community builder. An astute business person, he has volunteered his wise counsel to many non-profit organizations. With a special interest in arts and culture, he steered Ballet BC through pivotal times in the nineties laying a solid base for the thriving company it is today. He chaired the BC Arts Council from 2002 to 2009 where he guided the distribution of close to $100 million to thousands of provincial arts organizations. Today, he chairs the Emily Carr University of Art and Design Foundation. He is a ‘difference-maker’ and we honour his passionate contributions. 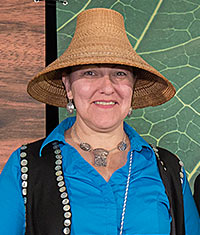 Marlene Liddle has been weaving with cedar bark since 2008, after a lengthy apprenticeship gathering and preparing the red and yellow cedar of Haida Gwaii. Descended from a long line of Haida carvers and weavers, Marlene was mentored by master weaver Christine Carty in the traditional disciplines of cedar bark Haida hats. Marlene now weaves hats in a contemporary style that incorporates both traditional techniques and modern materials. 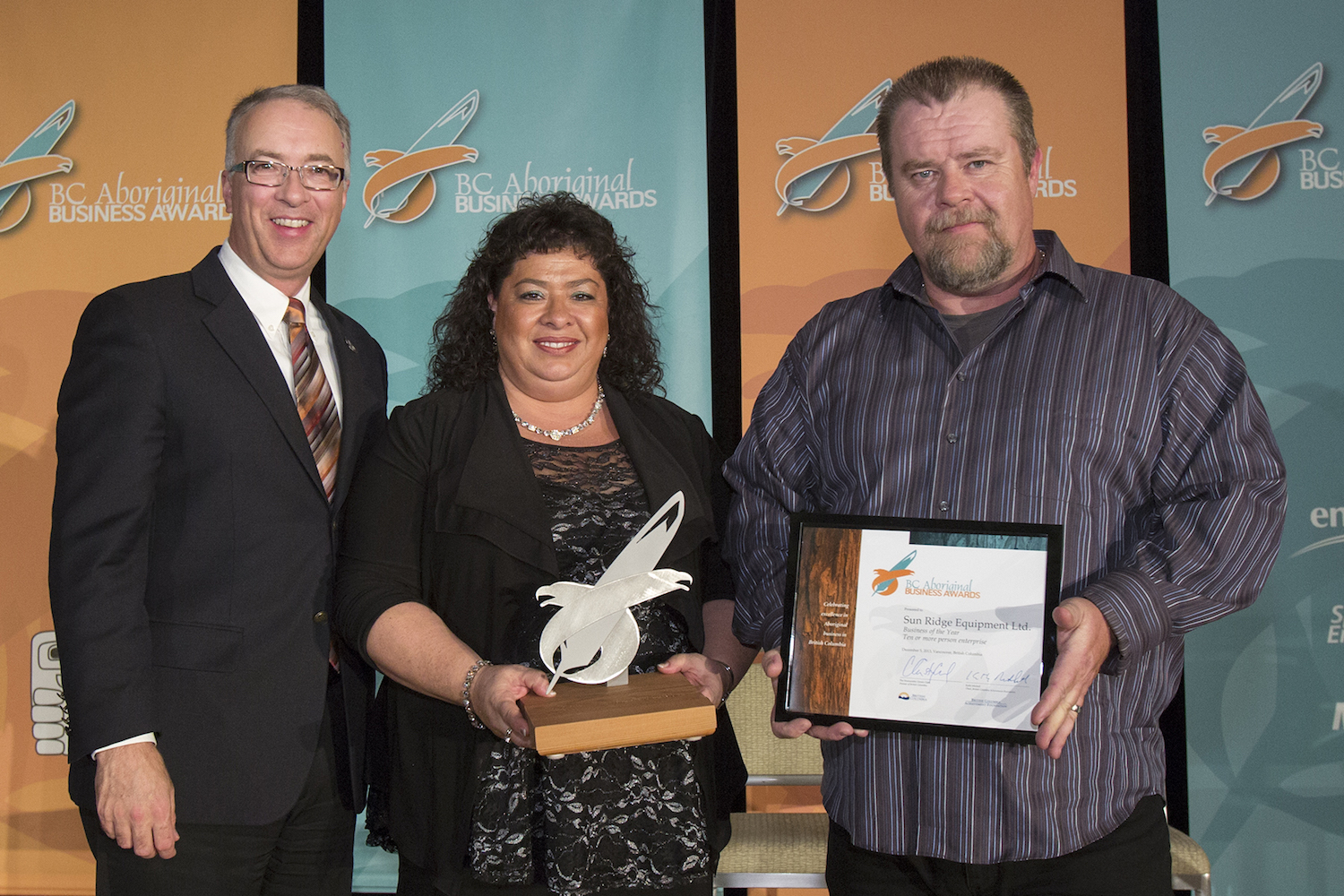