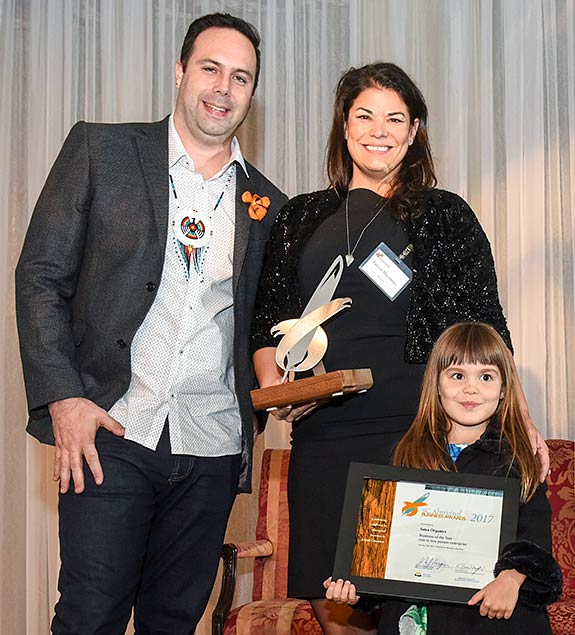 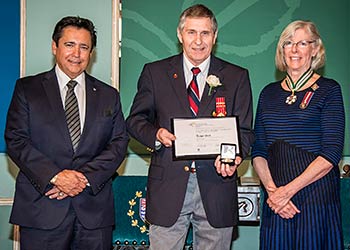 For the past two decades, Roger Bird has volunteered 30 hours a week to the Vancouver Island Military Museum (VIMM) and his involvement has grown with the institution he now heads as President. From a modest beginning in borrowed space in a shopping mall, the museum, now located in downtown Nanaimo, houses an unparalleled collection. It uniquely focuses on the contributions of all of Canada’s armed forces, including army, navy, air, peacekeeping, merchant navy and RCMP. A tourist destination and valuable heritage site for locals, the VIMM is a stunning achievement and powerful resource for understanding community members’ military history. 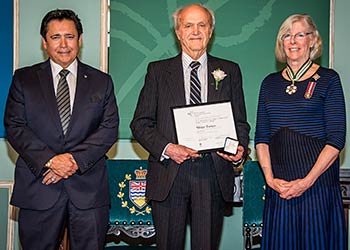 When he started Abbotsford Community Services in 1969 as a small, unfunded organization with an all-volunteer staff, Walter Paetkau was moved by compassion, care and commitment to his community, particularly those in need and the less fortunate. He has since grown it to become the province’s largest community service organization, with 380 staff, 2,000 volunteers and 23 sites. Among its 70 programs are a food bank, Meals On Wheels and the Abbotsford Recycling Depot. Thirty years ago, Walter launched the first Fraser Valley United Way campaign, which now raises funds for more than 26 local charities. 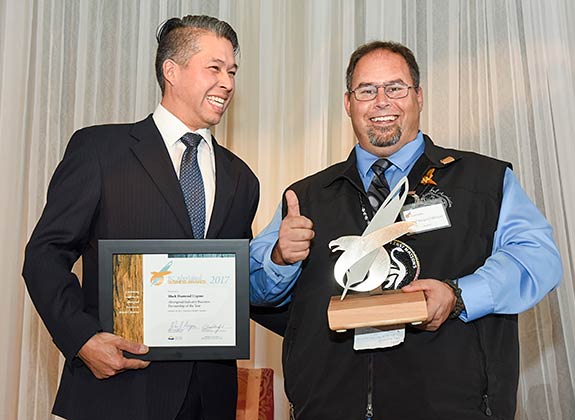 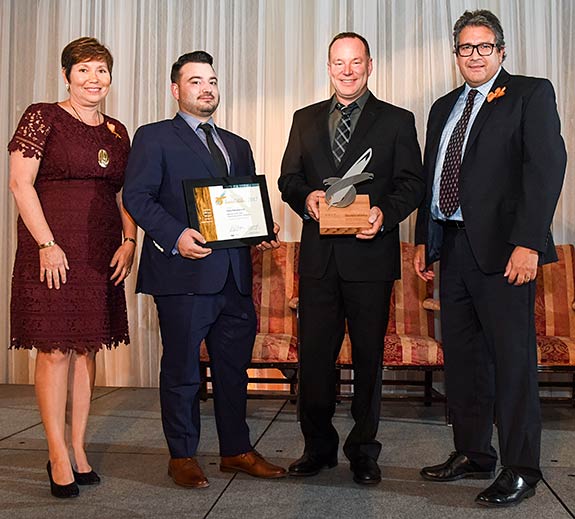 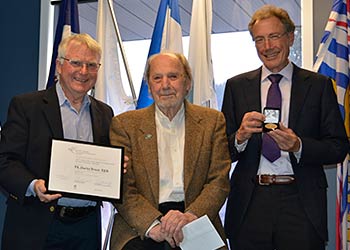 Director Edwin Grieve, Comox Valley Regional District (L) Father Charles Brandt (centre) Chair Bruce Jolliffe ® Father Charles Brandt believes that it is humanity’s great work to transform our disruptive influence on the earth to a benign presence. As a leading member of the Tsolum River Restoration Society, in partnership with other groups, he spearheaded a campaign to get the old copper mine site capped at a cost of $4.5 million, which enabled the immediate return of salmon to the river. Father Brandt has also volunteered with the Oyster River Enhancement Society contributing to the return of salmon and trout stocks to the once decimated river. 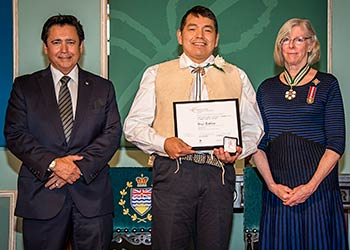 Fred Robbins is dedicated to uniting all communities of the Cariboo Chilcotin to ensure the St. Joseph’s Mission Residential School and its survivors are not forgotten. During his time as Chief of Esk’etemc First Nation he initiated public events, workshops and seminars, as well as a monument at the school and in Williams Lake’s Boitanio Park, and was also instrumental in the development of Orange Shirt Day, which continues today. Through his vision, Fred, a residential school survivor, brought together First Nations, Tribal Councils, local government leaders, school districts, and former students to remember, recover and reconcile. He continues with his message today and has given voice and hope to the Truth and Reconciliation process in British Columbia. 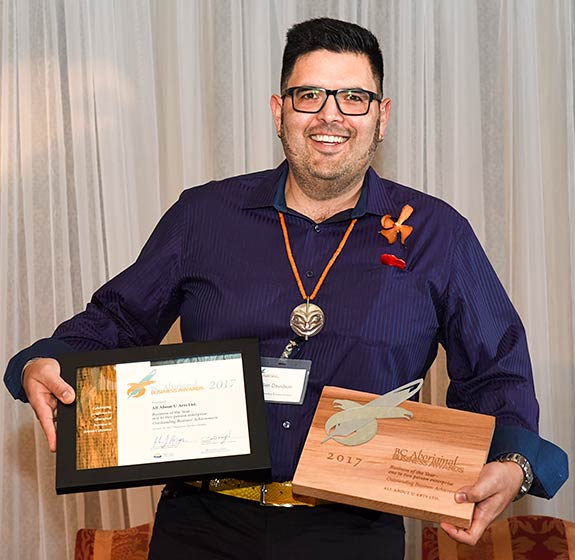 All About U is owned and managed by Ben Davidson, a 5th generation Haida carver. The business specializes in contemporary Haida art and Ben works with emerging and established Haida artists to provide a contextualized, commercial platform for the art. He also mentors fellow entrepreneurs in the art of doing business and is a gateway for tourists to learn more about the Haida culture.

Ben’s belief is that the art business starts with visibility – imagery where people will see it: Airports, Ferries, Museums, Gift Shops and other high profile and high track businesses. It’s all about U! 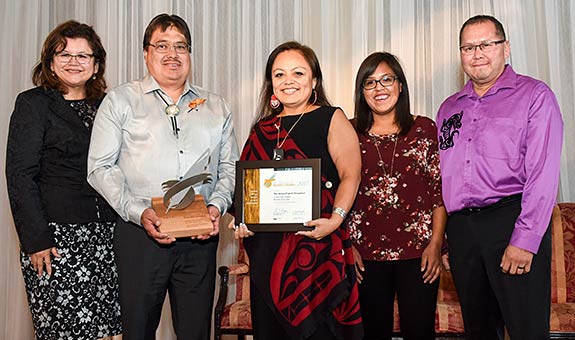 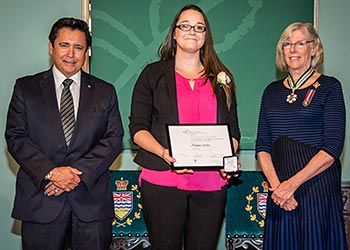 Melanie Cadden is the General Manager of COCO Cafe, a project of Cedar Opportunities Co-operative. COCO’s mission is to operate a successful social enterprise that supports employment, training, and socialization opportunities for people with developmental disabilities. Under Melanie’s leadership, COCO’s team of less than 10 employees has grown to over 40 and the café now runs a full catering department. Soliciting donations from the community and exhausting grant funding when available, Melanie is an integral part of COCO’s success and a skilled community leader.