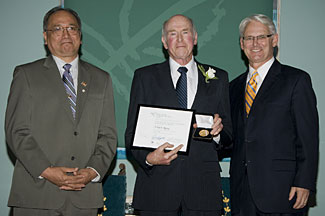 Art Skipsey was a member of Qualicum Beach town council for 15 years, serving 12 years as mayor. Art forged vital partnerships between local government and volunteer organizations to provide important infrastructure and recreational legacies, including the purchase of the Memorial golf course and the adoption of the first community plan. Art initiated the establishment of the Parksville-Qualicum community foundation and served as its first president. A longtime Scout leader, Art currently volunteers as president of the Qualicum Beach Historical and Museum Society. The community of Qualicum Beach has truly benefited from Art Skipsey’s strong sense of commitment. 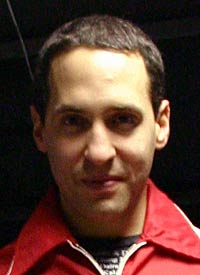 Omer Arbel is a Vancouver-based and internationally-recognized designer whose work in furniture and lighting design is strongly influenced by his background as an architect. His pieces are characterized not only by their intrinsic qualities but also by the way they affect the spaces around them. A graduate of the University of Waterloo School of Architecture, Arbel’s work has won a D & AD Yellow Pencil Award and has been shortlisted for the IF Product Design Award in Hannover, Germany, and for the Blueprint Best Newcomer award in London, England. 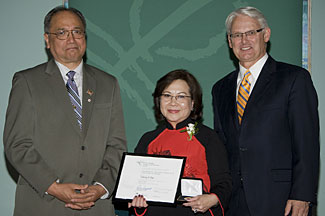 Tammy Dao has been actively involved in British Columbia’s Vietnamese community for over twenty years. As former president of the Vietnamese Women Society of Greater Vancouver and co-founder of the Vietnamese Friendship Society in the Fraser Valley, Tammy is a role model in the community. In her current position as president of the La Viet Radio, Tammy informs her audience and promotes BC’s multicultural society. Her ability to host meaningful cultural events such as the Vietnamese-Canadian youth conference has motivated many individuals to gain confidence, seek professional career opportunities and support volunteerism. Tammy Dao is devoted to the betterment of our society by promoting the integration of cultural communities.

Brenda Reid-Kuecks is a community development practitioner who is honoured today for her contributions to rural communities of coastal Vancouver Island. Brenda has brokered one of the most innovative forest management projects in the province and has forged trusting relationships in all sectors of the fishing industry. Her strength is her ability to bring together diverse stakeholders to develop sustainable business initiatives within the tourism, aquaculture, fisheries and forestry sectors. Known for her mediator’s ear and mother’s heart, Brenda has the patience and grace to put her talent to use to make the communities where she lives and works better places. 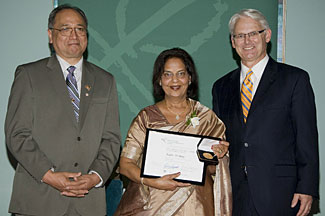 In all her endeavours, Madhu Varshney has demonstrated exceptional commitment. She has worked tirelessly to promote health and education and support the most vulnerable members of our community. An experienced councilor and teacher, Madhu has also served as President of Vancouver’s largest Hindu temple and cultural centre. She is a passionate supporter of St. Paul’s and BC Children’s hospitals. Madhu is deeply committed to mentoring women and youth and helping them achieve their full potential as productive and successful members of the community. She is an inspiration to all she leads and an excellent role model. 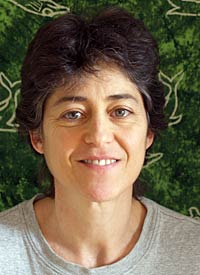 A 1988 graduate of the Bezalel Academy of Art and Design in Jerusalem, Yael Krakowski’s understanding of colour and texture is demonstrated in the depth and sophistication of her jewelry pieces. Using a wide range of materials, Krakowski is constantly experimenting to achieve innovative and contemporary designs that create a highly visual and tactile dialogue. Her work has been shown worldwide, is included in the permanent collection of the Cooper Hewitt Museum in New York, and has been published in ‘500 Necklaces’ by Lark Books. 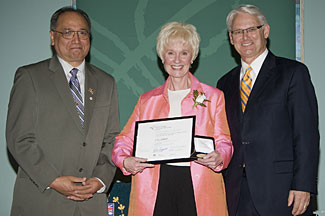 Sixteen years ago Judy Caldwell bravely presented her breast cancer story to a federal committee advocating for universal screening and early treatment. Today, Judy’s recommendations remain relevant, meaningful and serve as the cornerstone of the work undertaken by the Canadian Breast Cancer Foundation. Since that seminal 1992 presentation in Ottawa, Judy has been a constant presence, building a community of hope through her establishment of the Canadian Breast Cancer Foundation BC/Yukon division, as a founding paddler of Abreast in a Boat Society and as the first lay member of the Screening Mammography Program of BC. Judy Caldwell’s passion, energy and courage have inspired others to work towards a future without breast cancer. 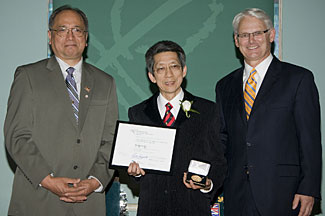 Professor Yukman Lai promotes the blending of Canadian and Chinese art and culture through his work as a master of Chinese painting and calligraphy. Described as a “model of enlightened multicultural adaptation”, Professor Lai exerts great efforts both to preserve and promote a greater understanding of Chinese Art, demonstrating its resilience and adaptability by applying it to our BC landscapes. He has served on the boards of the Chinese Canadian Artists Federation, Richmond Art Gallery and the Chinese Cultural Centre of Greater Vancouver. We honour Professor Yukman Lai today for his contribution to the understanding of the cultural traditions of the east and the west. 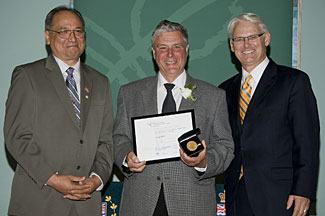 When people talk about Garry Wall they quickly refer to him as “the apprenticeship guy”. Fifteen years ago, Garry single-handedly developed an apprenticeship program linking students with employers, thus providing hands-on training and the possibility of ongoing employment following secondary school. Today the program boasts over 1500 successes, a grateful business community and is recognized as a model and most successful program in the province. What distinguishes Garry is his compassion for his students and his strong belief that every student can succeed if provided with something to be passionate about. Through Garry Wall’s belief in trades training, many young lives have flourished and been enriched. 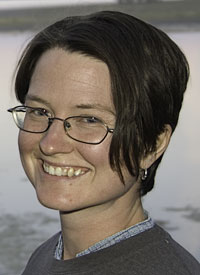 Drawing on her rural childhood and her world travels, the work of Sarah Lawless represents an intermingling of the wild natural environment and the weathered ancient products of human endeavour, worn away by time and the elements. Her functional porcelain ceramics combine ergonomic usability with a sculptural emphasis on form. Lawless attended the Kootenay School of the Arts (KSA) in Nelson, BC. Lawless was awarded two BC Arts Council Scholarships, received the Purchase Award in the International Orton Cone Box show that toured the USA, and participated in the BC-Tajimi Exchange Exhibition in Tajimi, Japan.