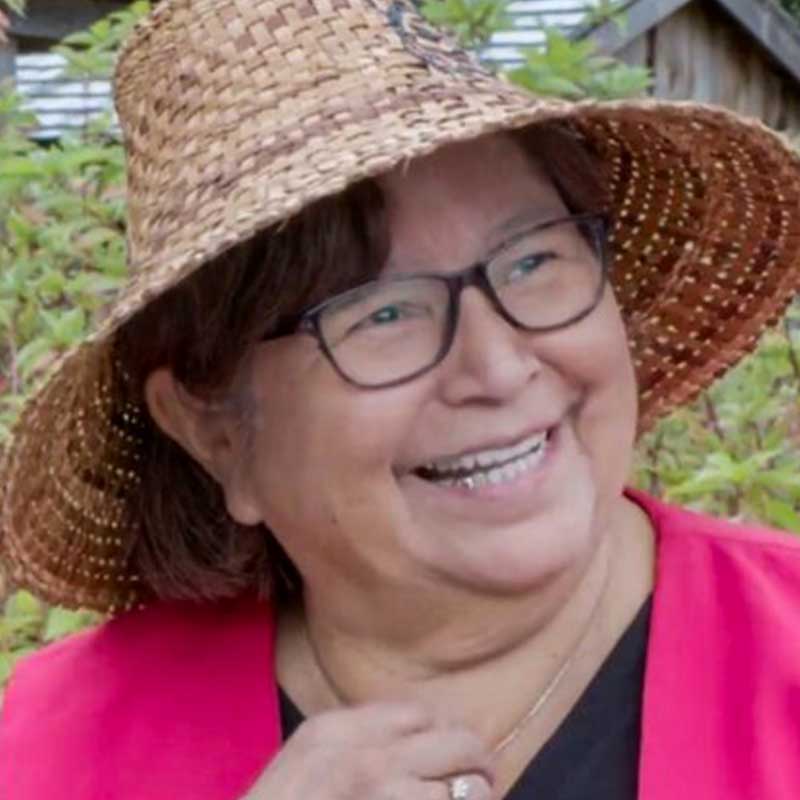 The Gitmaxmak‘ay Nisga’a Economic Development Corporation (GNEDC) is a wholly owned subsidiary of the Gitmaxmak’ay Nisga’a Society (GNS), a non-profit organization responsible for delivering language and culture revitalization programs for the approximately 1600 Nisga’a citizens living in Prince Rupert. GNEDC operates a portfolio of businesses including a garden centre, floral studio, fish & chips food truck, convenience store and has plans to open a café and a commercial salmon smokehouse. Since its creation in 2013, the GNEDC has grown from four employees to thirty-two and from just under $200,000 in annual revenue to more than $1.2 million. In Fall 2020, the GNEDC began operations of a state-of-the-art hydroponics greenhouse, offering a fresh greens subscription box to the community and donating the surplus harvest to Nisga’a elders on a weekly basis. GNEDC considers itself to be a quadruple bottom line business, meaning performance is judged not by just the financial outcomes, but also the social, environmental, and cultural dimensions. 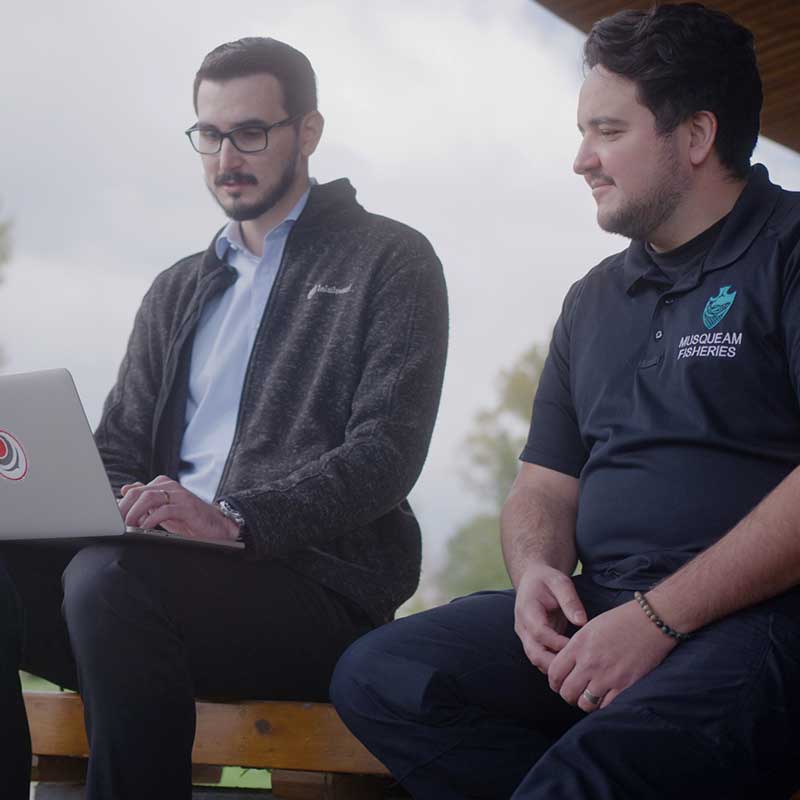 Salish Seas Fisheries LP (Salish Seas) focuses on the management of commercial fishing licenses and the marketing of high-quality seafood products. Salish Seas operates both in and for the three partnering Nations: the Musqueam, Tsleil-Waututh and Tla’amin Nations. Through discussions around the Pacific Integrated Commercial Fisheries Initiative program, the Nations decided to work together to establish an organization with a size conducive for success in the increasingly consolidated fishing industry. The partnership has instilled a strong sense of ownership, purpose, and cooperation among directors, staff and fishers. By working together, each partnering Nation benefits from the innovative and unique fishery model focussed on long-term revenue generation for the three nations, First Nations involvement in the commercial fishing industry, capacity building and environmental sustainability.

Thunderbird RV (TBRV) Park and Cottage Resort is a community-owned business operated by Wei Wai Kum Nation at its picturesque seaside location in Campbell River. For over 40 years, TBRV Park and Cottage Resort has provided year-round accommodations, and now features 95 fully serviced RV sites including spacious big rig friendly pull-through and ocean view sites. The addition of four beautifully appointed cottages each with private hot tubs and amazing views has created a whole new market for tourists. The cottages are set up in a small village type setting overlooking the Campbell River Estuary in an area called TL’A DEECE which means ‘Where the fresh water meets the salt water’ and each cottage is adorned with carvings created by local artists to reflect the name of each cottage. TBRV Park and Cottage Resort offers a distinct cultural opportunity for people from all over the word and has become a premium go-to vacation destination for guests resulting in increased employment opportunities and revenue for the Wei Wai Kum Nation. 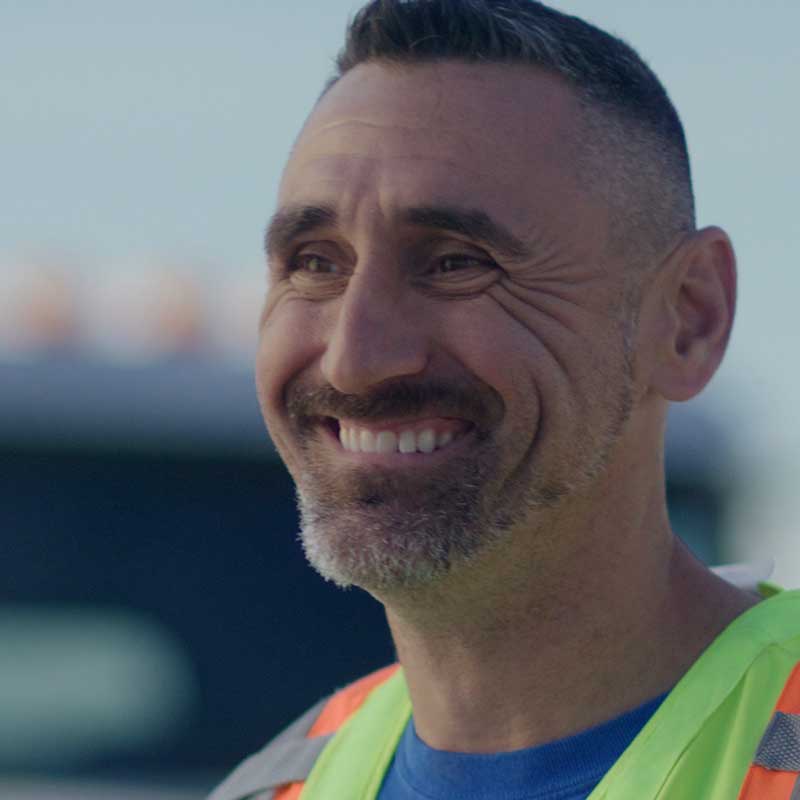 Operating in Tsawwassen/Delta since 2011, Tsawwassen Shuttles Inc. (TSI) first started as Stark Transportation offering marine services for environmental and fisheries research. The business has since evolved to meet the growing demands of the market. Fully committed to providing a wide range of land and marine charters, TSI’s team of licensed professionals hold steadfast in ensuring the highest standards of safety and business practices in all transportation services. TSI’s 4 Pillars of Operations (safety, reliability, adaptability, and customer service) are integrated in all aspects of the business and the training received by employees is highly integrated to ensure service delivery to the highest standard. TSI honours its roots as an Indigenous-owned, Delta-based business by hiring locally, offering training and equity options to employees, and supporting the work of local organizations such as Reach Child and Youth Development. 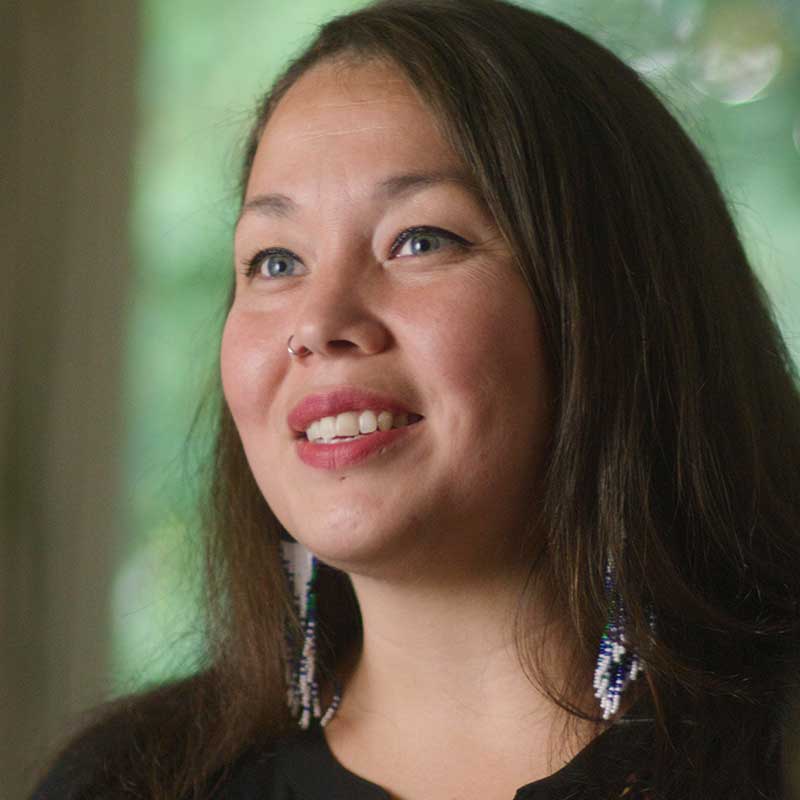 Sisters Sage is an Indigenous brand that handcrafts wellness and self-care products inspired by the owners’ culture and traditions. Founders, Lynn-Marie and Melissa Rae Angus, believe strongly in building community, honouring culture, respecting the land, and amplifying the voices of other Indigenous entrepreneurs. Their homemade soaps, bath bombs, salves, and smokeless smudge sprays pay homage to their ancestral teachings and combine traditional with non-traditional scents while promoting environmental sustainability. Sisters Sage donates its products, time, and money, to the Downtown Eastside Women’s Centre, WISH, UNYA, and Vancouver’s Overdose Prevention Society DTES. The sisters ran a successful fundraiser this summer providing over 70 back to school backpacks full of school supplies to inner city Indigenous youth returning to school. Their success and visibility empower people who are eager to connect and identify with a meaningful brand. Hardworking and dedicated to economic reconciliation, Sisters Sage is a story of resilience, which expresses pride in their Indigenous roots, a love for the land, for what they do and for the products they create. 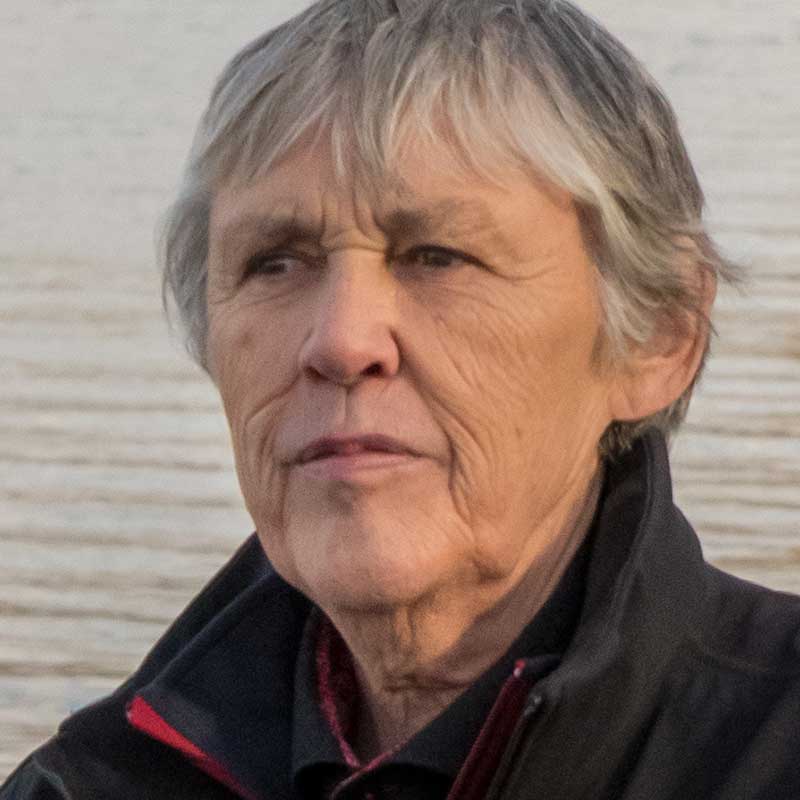 Ken Cameron is the former Chief of the Saulteau First Nations. From the beginning of his entrepreneurial ventures, Ken’s goal was to change the perception of Indigenous companies by promoting employment and training opportunities for Indigenous people.

As Chief, Ken led important initiatives in business, clean energy, wildlife preservation, government regulatory policies and community health. He was part of a team behind the revitalization of Saulteau’s civil construction company 4 Evergreen Resources as well as the development and establishment of Saulteau owned companies Aski Reclamation, a reclamation services company, and Northwind Supplies, an industrial supply company based in Chetwynd, BC.

In 2017, the Twin Sisters Native Plants Nursery business partnership between Saulteau First Nations and West Moberly First Nations, was recognized with a BC Indigenous Business Award. Established in 2012 with a goal of being a leader in native plant propagation and distribution in the province, Twin Sisters serves as a model for other Nations to emulate. In his acceptance speech, Ken respectfully referenced how fitting it is that women, known as ‘life-givers’, were leading the way with this important reclamation venture.

Under his leadership, the community was awarded a multi-million dollar grant for the construction of a new Cultural Centre and took steps to address food security and sustainability. In 2018, he led the development of the largest First Nations majority-owned wind energy project in BC and implemented a solar project in his community, installing photovoltaic panels on Elders’ homes.

A mentor to young Indigenous entrepreneurs, Ken has spent his life committed to improving the lives of people in his community and beyond, mandating maximum procurement on projects to benefit the Saulteau First Nations partnerships and member-owned businesses. Ken continues to support community-based initiatives such as the “Linda and Krystina House”, a transition house for women and children in need of safe housing.

With a deep knowledge and respect for his Indigenous culture and the natural landscape of the region, Ken has made a positive impact in one of the most important economic regions in the natural resources sector, while balancing environmental sustainability and economic growth for Indigenous communities. 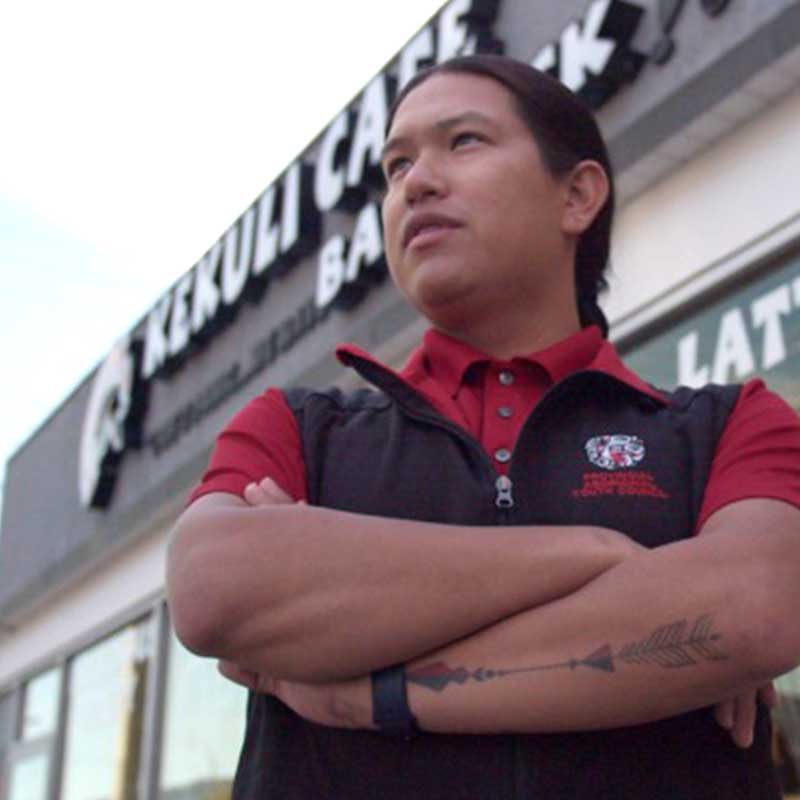 In 2018 Elijah Mack-Stirling, just 22 years old, fulfilled his dream by becoming an entrepreneur and the very first Kekuli Cafe franchise owner. With its official slogan, “Don’t panic… we have bannock,” Kekuli Cafe Merritt is listed as one of the best places to eat in town. Kekuli Cafe Merritt provides a traditional Indigenous ambience with light pow wow music and First Nations art while reflecting the owners’ passion for cooking and creating a space where all are welcomed and acknowledged. Kekuli Cafe Merritt offers employees flexible schedules and encourages them to pursue opportunities to develop their talents and skills. With a focus on community service, Kekuli Cafe Merritt opens its doors to patrons for a free breakfast and dinner on Christmas Day and donates to local groups, homeless shelters, and sporting organizations through the friendship centre movement. 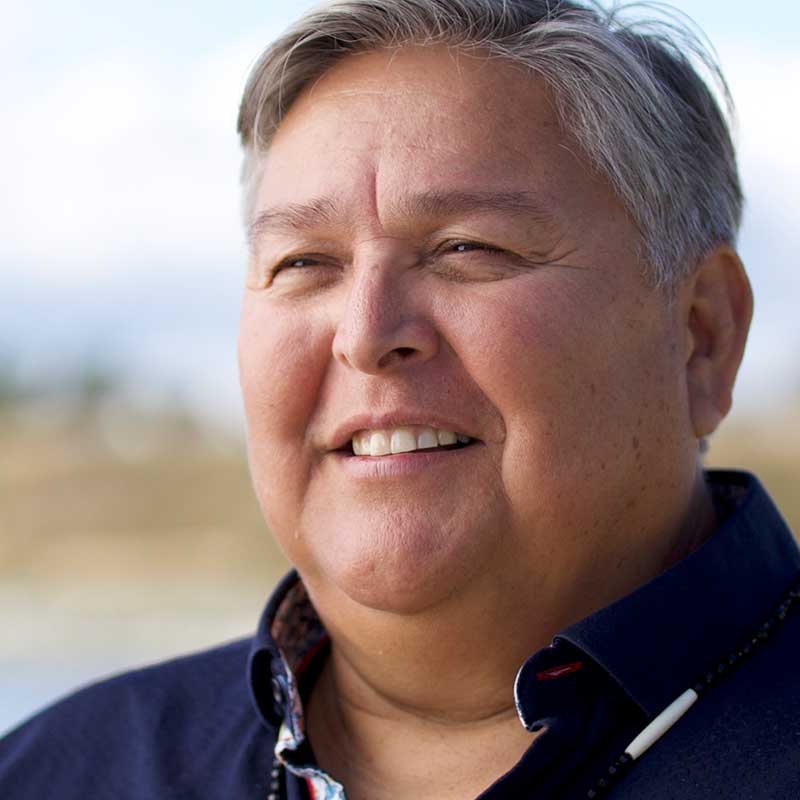 Indigenous Corporate Training Inc. (ICT) “provides training to get everyone Working Effectively with Indigenous Peoples® in their day-to-day jobs and lives.” ICT does this by facilitating a safe training environment for learners to acquire the knowledge, skills, and attitudes required to be effective. Founded in 2002 by K’axwsumala’galis – Bob Joseph, Jr., ICT shares knowledge and information through its many training courses, Indigenous Relations Academy, blog, Indigenous Relations Bulletin e-newsletter, and many other free tools and resources with the purpose to make the world a better place for Indigenous and non-Indigenous people alike. ICT helps thousands of people and organizations every year build informed, effective, and respectful relationships with Indigenous Peoples and communities. 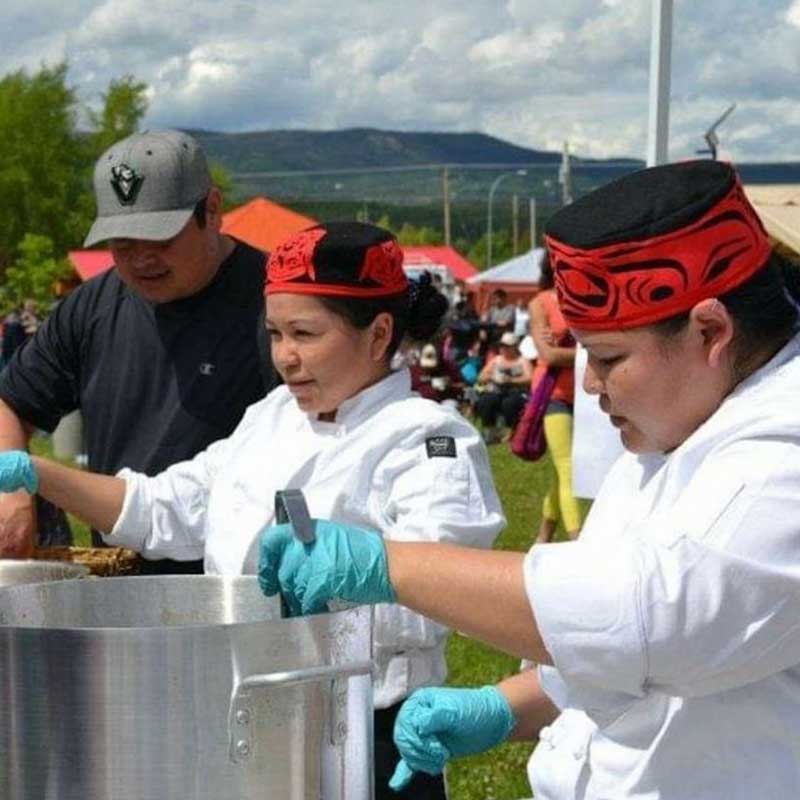