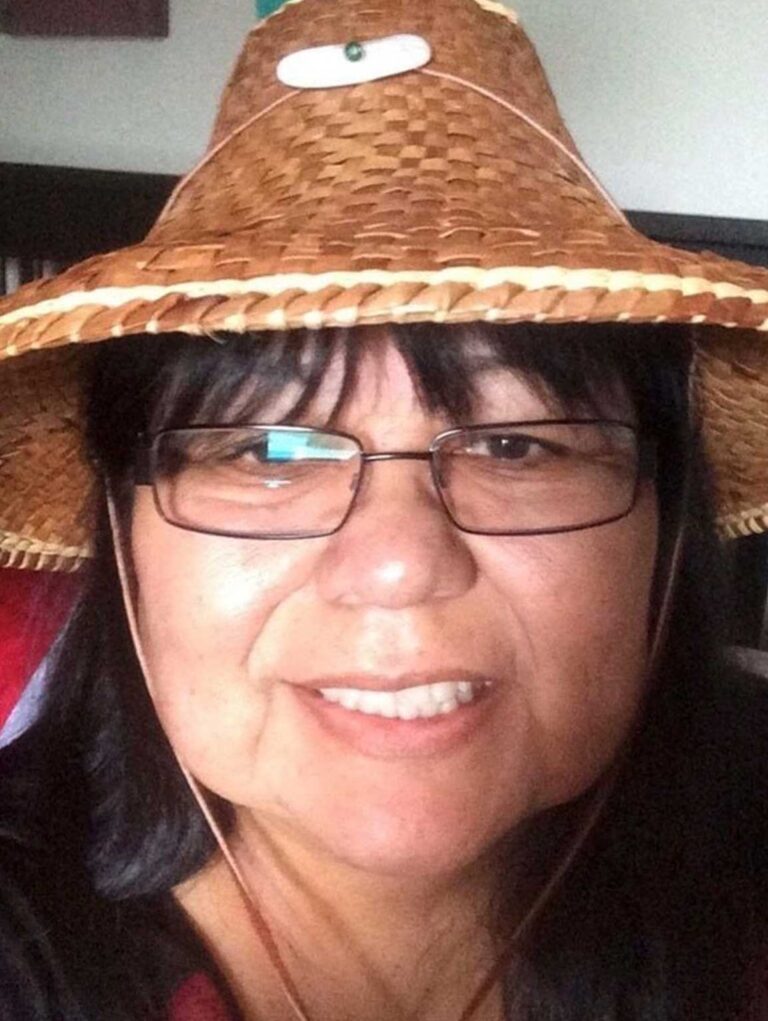 Xele’milh-Doris Paul, Squamish Nation elder and leader, remembers the first time she felt empowered to seek Reconciliation for the betterment of her community. In 2005, she noticed a disturbing trend of youth being given drugs and alcohol at local parties, and, wondering if their parents were aware, set up a meeting at a space associated with the community’s RCMP detachment. Word spread, and Xele’milh-Doris found herself joined by more than 50 parents, and eventually, by her invitation, the RCMP and West Vancouver Police department. A partnership between the Nation’s parents and local police was formed, and so too was Xele’milh-Doris’ passion for community safety. A residential school survivor, Indigenous educator and advocate, Xele’milh-Doris became the engine behind such initiatives as the Integrated First Nations Unit (IFNU) with the North Vancouver RCMP, the First Nations Court, and the North Vancouver Integrated Domestic Violence Unit. Her steadfast leadership on the North Shore’s Violence Against Women Committee’s Strength and Remembrance Pole project further exemplifies her determination to deepen Indigenous cultural understanding and the work of Reconciliation for many, most importantly the Missing and Murdered Indigenous Women and Girls (MMIWG).

The roots of Xele’milh-Doris’ desire to care for her community run deep to the trauma she endured as a child over the course of ten years at the Sechelt Indian Residential School. The pain, loneliness, and confusion in being told by those who ran the residential school that she had been given away by her parents or grandparents is an agony that endures for Xele’milh-Doris. “Because of this era,” Xele’milh-Doris says, “I am an adult healing from my childhood.” Later, the entrenched systemic and societal racism she experienced as an adult hindered her education and employment. At first, the concept of Reconciliation overwhelmed Xele’milh-Doris: as an Indigenous woman, carrying the weight of such suffering, Xele’milh-Doris longed for healing. Eventually, she began to find new strength: “The idea of Residential School was to kill the Indian in me and possibly bury me,” Xele’milh-Doris says. “But if they [did] bury the Indian in me, they actually [planted] a seed. I [grew] above my pain and bloomed into an Indigenous Woman who wanted to live, and wanted to love and respect my culture and traditions.”

Xele’milh-Doris has gone on to use her culture and traditions to inspire and engage her community in meaningful ways. One of her favourite memories is of a drug awareness march she led through her Nation’s reserve. At the invitation of Xele’milh-Doris, she was joined by few members of the West Vancouver Police department. At first, turn out for the march was small, and but her close friend, Corporal Fred Harding, encouraged her to continue. As they moved through the streets of the reserve, singing and drumming, residents were drawn to their doors and windows, curious about the activity. By the end of the march, Xele’milh-Doris realized they’d been joined by nearly 150 people. “That was a successful day!” Xele’milh-Doris recalls. “The cultural gathering after the march went on for about an hour, there was drumming, singing, and dancing. I was overwhelmed with emotions.”

“Xele’milh-Doris has been instrumental in creating an Indigenous unit involving both youth and elders,” says BC Reconciliation Award juror T,lalisam, Dr. Kim van der Woerd. “Her ability to establish a broad scope of connection with other partners showcases her leadership as an educator while addressing safety issues in her communities.” In the beginning of her work on community safety, Xele’milh-Doris opened a conversation with local police on the level of support provided to her nation. Through research and persistence, Xele’milh-Doris helped bring police and Nation’s leadership to the table to begin negotiations for improved services for her community. These relationships with outside services are important to Xele’milh-Doris, and she considers the lifelong friendships she’s made a point of pride. In 2017, Xele’milh-Doris was awarded the Be More than a Bystander Award from Ending Violence BC, for her work with the North Vancouver RCMP and West Vancouver Police as the Aboriginal Victim Specialist Worker in the North Shore domestic Violence Unit. She also received BC Achievement’s Community Award in 2007 for her work as the Founder and Chair of Caring for Our Youth Committee. Through her work on MMIWG, she acted as Cultural Advisor to help create the “Strength and Remembrance Pole”, which sits outside the North Vancouver RCMP Detachment. The pole honors the MMIWG, and the lives lost at the Ècole Polytechnique University, and in working closely with members of the North Vancouver RCMP, Xele’milh-Doris found the experience, as with all her work, deeply powerful. “There are so many important people who have joined this movement, so many stepped forward to lend a hand or [brought] recommendations of services needed, and how to apply the new directives. I would like to thank [the] teammates who stood by my side,” says Xele’milh-Doris. “We are all paddling in the same direction and we are pulling together.”

The significance of the award, is proof that our community work is on its way, and the healing journey has begun.