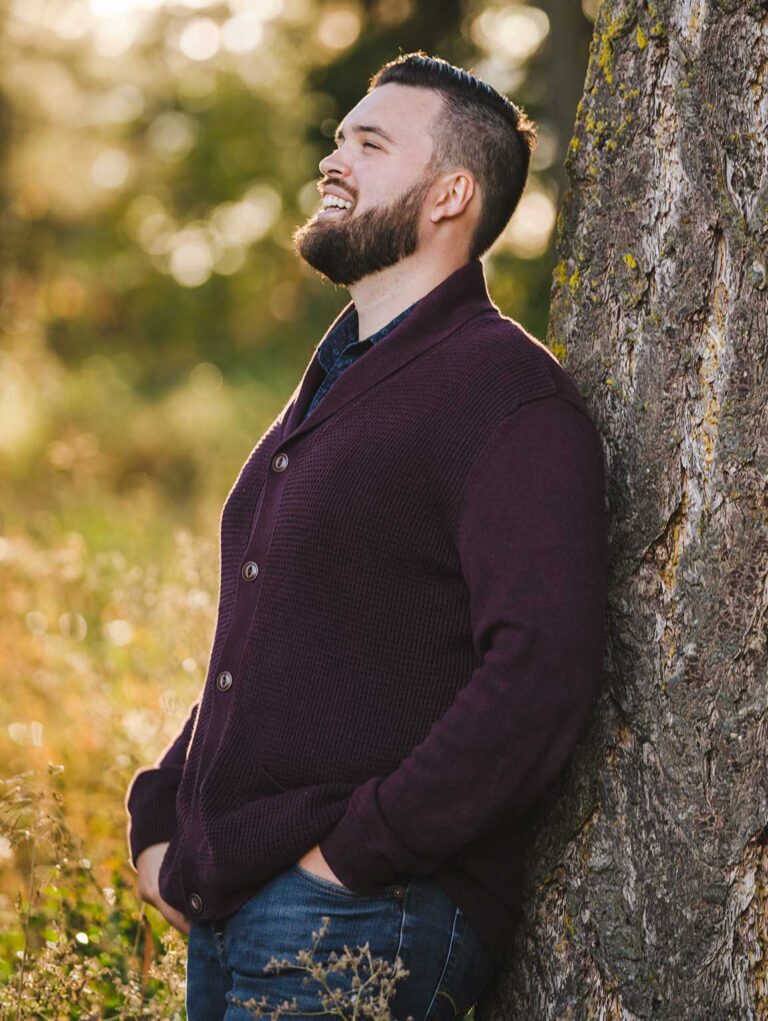 Reconciliation, Corey Payette says, is bearing witness to the truth, and through his highly acclaimed musical production, Children of God, Corey has brought this truth to audiences throughout Canada. He is not only a leader in contemporary Indigenous theatre, but in his role as artistic director of Urban Ink and Raven Theatre, he mentors emerging BIPOC artists in telling their own stories from their own unique voices. A playwright, actor, composer and director, Corey’s work celebrates resilience and cultural reclamation, centered on the power of language, memory and ceremony.

Corey describes himself as having been in a “state of Reconciliation” his entire life. While he was not raised in the culture of his nation, as a child Corey came to know the stories of his family and ancestors, those that had been silenced for generations, unknown by mainstream society. In adulthood, Corey found himself most passionate about telling stories that shed light on the experiences of Indigenous peoples. In Children of God, an Oji-Cree family has their children taken away to a residential school in Northern Ontario. Following the production, a conversation is created for the community to hear from residential school survivors and their descendants. While Corey had prepared himself for the stories of the survivors, he was struck by the number of non-Indigenous people who spoke up. In response to these shared memories and deep truths, they offered their commitment to teach their children the history of residential schools and to be better citizens. This, Corey says, is Reconciliation in action—when individuals see it as their personal responsibility to make change. It means adapting one’s view of what it means to live on this land and making the commitments to move forward.

Corey is quick to decline accepting full recognition for his work. “The performing arts are an extraordinarily collaborative medium,” he says, “it took many Indigenous and non-Indigenous peoples coming together over the past 10 years to help make my musicals a reality.” He’s most proud of the progress made in the post-show conversations, expressing additional gratitude to all who have taken part in that process. “If we want the relationship between Indigenous and non-Indigenous peoples to become a positive one,” Corey says, “Reconciliation is the only way forward.”

Thanks to Corey’s commitment to his craft, thousands of Canadians understand the truth and enduring impacts of residential schools and intergenerational trauma. His work has created space for survivors to share their stories and young people, many who have been cut off from their language or have been displaced from their communities, to voice their experiences. “Children of God is a brilliant piece of work,” says BC Reconciliation Award juror Chief Sophie Pierre, “through his musical, Corey raises awareness in a unique and compelling setting while creating an understanding of the journey to Reconciliation.” In response to receiving a BC Reconciliation Award, Corey is humble but inspired: “I feel like I’ve only just begun this work. It makes me feel like I’m on the right road and that my musicals are reaching people and making lasting change in the community.”

Reconciliation is bearing witness to the truth, listening to stories from those whose histories have been silenced for generations, ultimately, changing your view of what it means to live on this land and the commitments we all need to make to move forward in a good way.