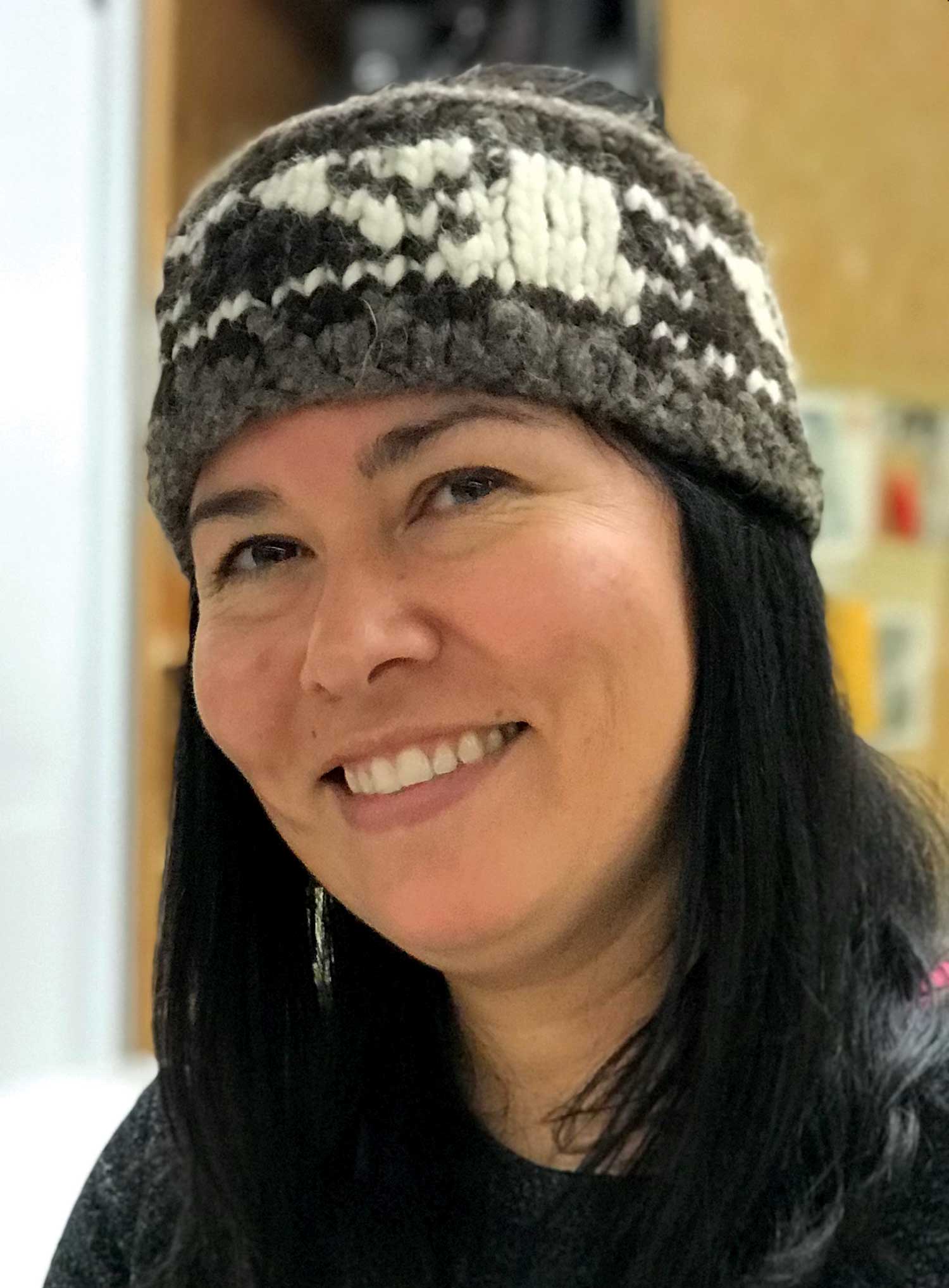 As an artist of Musgamakw Dzawada’enuxw First Nations descent, Marianne’s training encompasses both traditional Kwakwaka’wakw forms and culture and Western European based art practice. She has exhibited widely in Canada and throughout the world since 1992 and has been vocal on issues of Aboriginal histories and politics arising from a passionate involvement in cultural revitalization and sustainability. Her work, A Lament for National Histories, questions the status of international agreements/treaties and the land jurisdiction these agreements reflect. 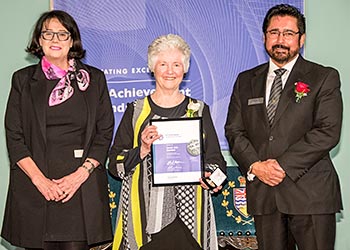 Jessie Ann Gamble leads the crusade to preserve her community’s history. A founding member of the Armstrong-Spallumcheen Museum & Arts Society, she has served as its president and become the “go-to-person” for local historical information. Armstrong- Spallumcheen’s 2003 Citizen of the Year, Jessie Ann is a life member of the Okanagan Historical Society ensuring that future generations do not lose the treasures and stories of the past. Her efforts to educate all community members are an extension of her teaching career and reflect her passion for documenting history. 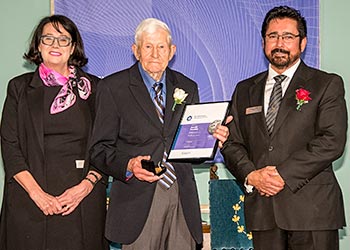 A Flying Officer and Flight Instructor in the RCAF during WWII, Arnold Trewhitt is one of Lake Country’s most devoted and inspirational volunteers. During his 94-year residency, Arnold’s contributions include being a School District Trustee, the first Chairman of the Oyama Parent Teacher Association, a Boy Scout and Venture Leader, to name a few of his many activities. A founding member of both the Western Canada Wilderness Committee and Walk Around Lake Country, Arnold continues to be actively involved in both trail development and maintenance groups. 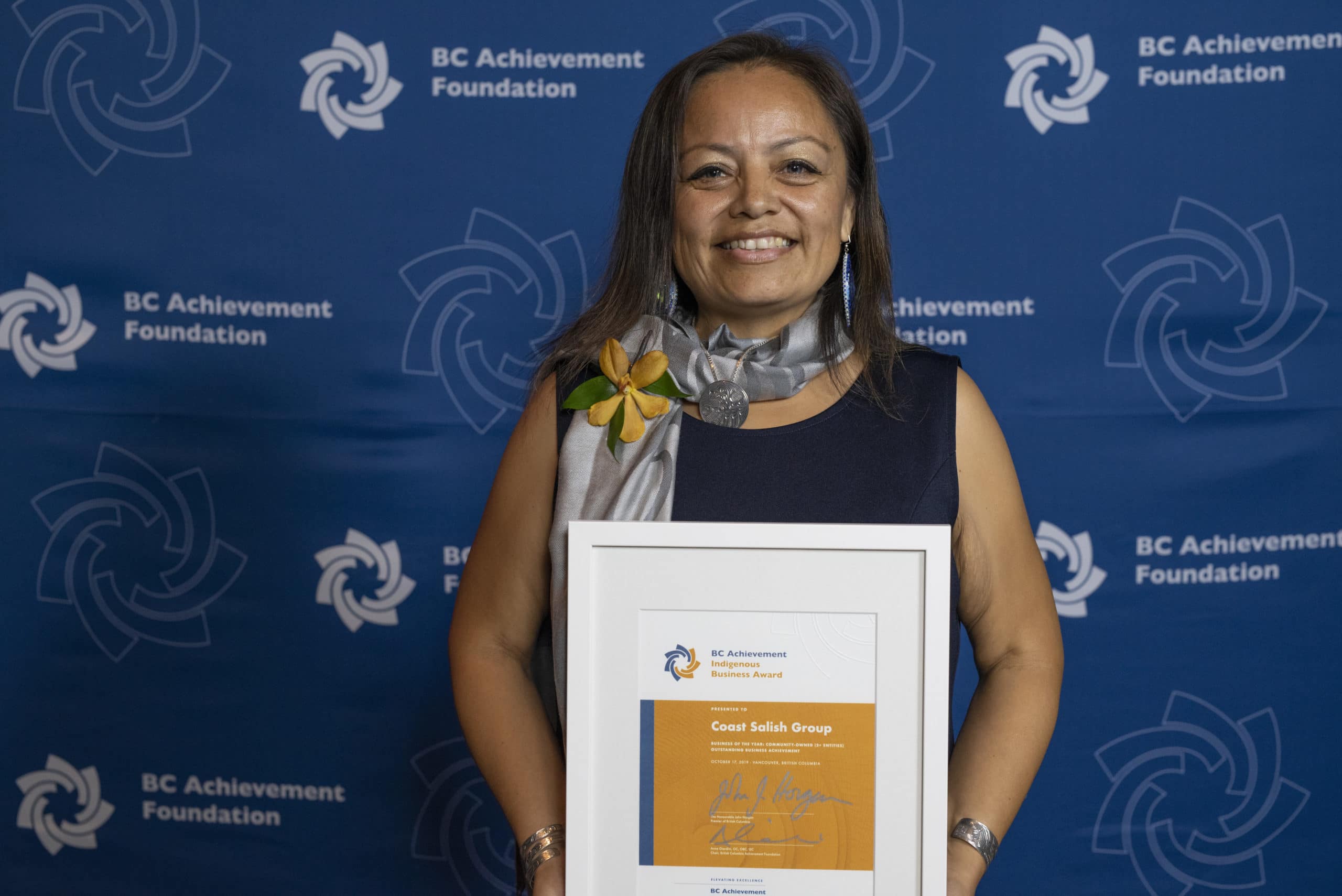 The Stz’uminus First Nation (SFN) set up Coast Salish Group (CSG) as an independent corporation to support its economic development and to create local job opportunities for Stz’uminus members. Twenty percent of its annual profit is given back to the community. Ten years ago, Coast Salish Group started out with one business entity and has since incorporated four additional businesses and set up several partnerships. In the last five years Coast Salish Group has succeeded in creating over 100 jobs. 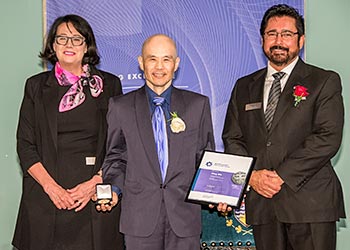 Ming Gin has devoted over 30 years to BC Children’s Hospital Foundation making him one of its longest-serving volunteers. He has given more than 20,000 hours of his time and played an integral role in establishing several signature events including the RBC Race for Kids (formally, Child Run) and the Miracle Weekend telethon. A generous donor, Ming has been a Circle of Care member for 18 years and a member of the Legacy Circle. His ardent leadership, unwavering commitment to volunteering and philanthropy all serve as an inspiration to others. 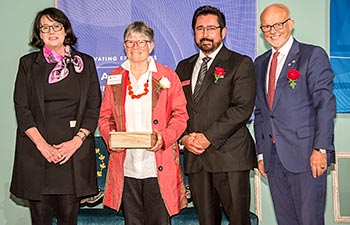 “Ellen Woodsworth’s many achievements reflect her decades-long dedication to public service and advocacy of women’s issues, peace, poverty reduction, seniors and LGBTQI2S rights. Founder of Women Transforming Cities International Society and a two-term Vancouver city councillor, Ellen has served on numerous boards, committees and task forces. An urban consultant and speaker using an intersectional lens, she is a remarkable force for justice, inclusion and equality, Ellen advocates to find common ground for progressive change that improves the quality of life for people and their communities”.

Ellen Woodsworth was named the 2019 Mitchell Award recipient. Named in honour of Keith Mitchell QC, the Mitchell Award recognizes an individual who, through his or her work and volunteer activities, has demonstrated an exceptional commitment to elevating the community in which they live, and those who serve it. The recipient has a unique and selfless leadership style that encourages and inspires the full participation of those he or she leads. Keith Mitchell served as the BC Achievement Foundation’s Founding Chair and guiding light for 13 years. A leader by example and a mentor at heart, Keith brought clarity to the role of the Foundation in its mission to celebrate excellence in British Columbia. 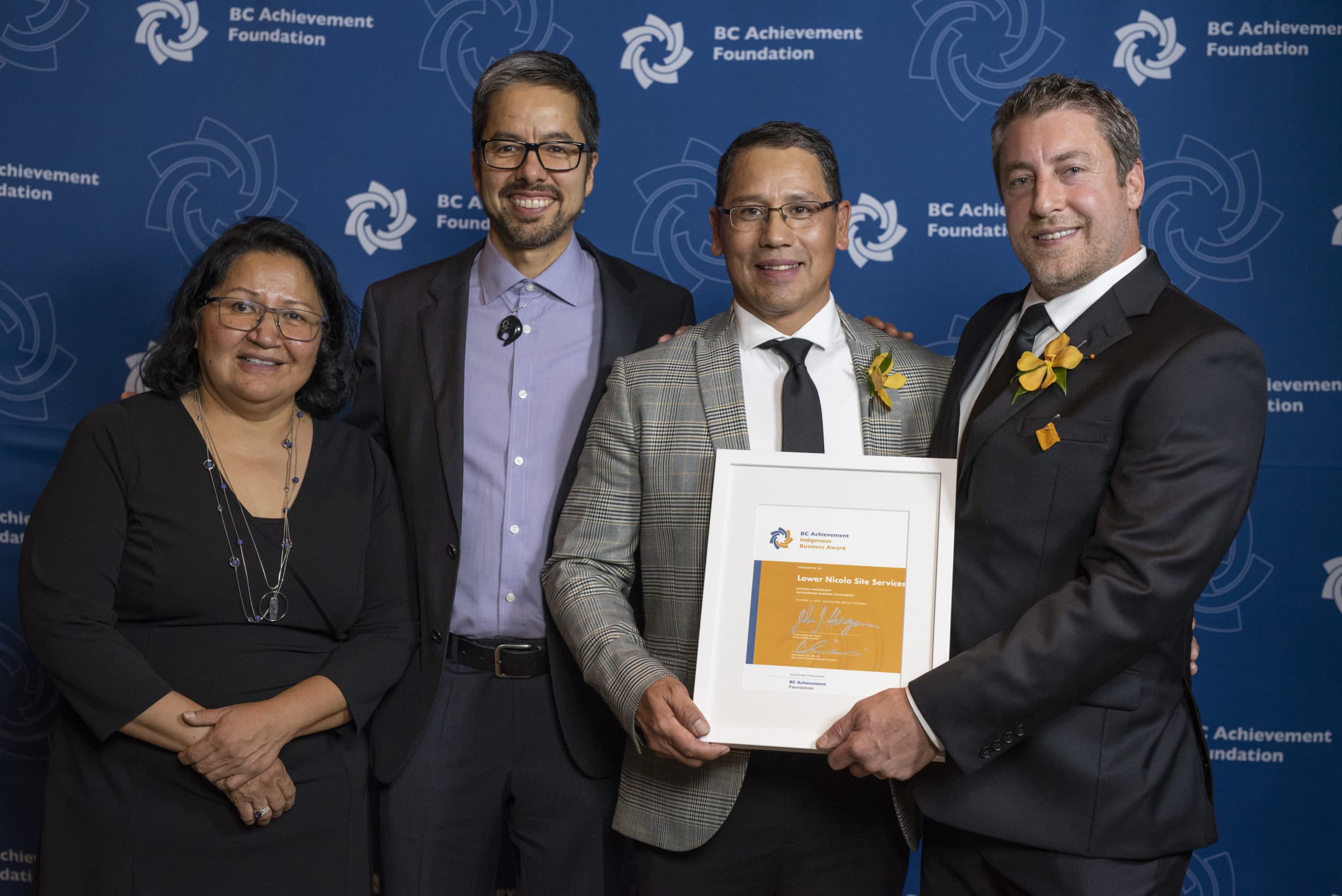 Lower Nicola Site Services is a partnership between the Lower Nicola Indian Band and Infracon Construction. Its goal is to provide meaningful training, employment, and revenue to community members while providing quality, industry leading services to clients. Its mandate is to take a proactive, hands-on approach to ensure that the environment is cared for both now and for future generations. Lower Nicola Site Services is keen to take on a leadership role in the energy sector for generations to come.