As a young entrepreneur, Erica Ryan-Gagné identified the need for nail care services in the area of Skidegate. With a clear vision, she left the island to complete her education in esthetic services and upon her return successfully launched Eri-Cut & Nailed, a home-based nail care business. Erica currently provides services to over 200 clients and is planning an expansion to her salon, which is scheduled to open in March, 2012. 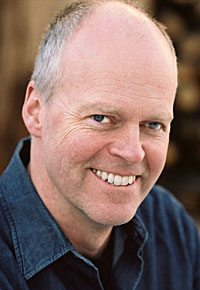 Building on a deep connection with the materials he uses and with his natural surroundings, for over 20 years Brent Comber has designed and created original wood furniture pieces. Self-taught, he has conscientiously used salvaged, scavenged and historically significant wood to create modern urban forms, including his iconic ‘Alder Cube’. Comber has received international and national commissions and his work has been displayed from New York to Dubai to Shanghai. 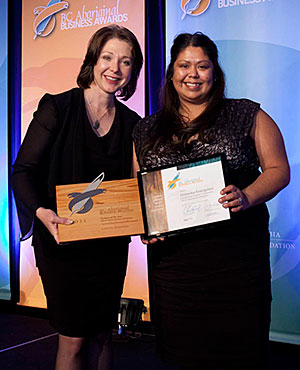 It all began in 1991, when Lewis and Cathy George of the Ahousaht First Nation had a dream of opening up a First Nation Gallery. In Tofino, they found a small 400 sq. foot space next to a restaurant and opened their doors with very little stock, but an abundance of enthusiasm and determination. Twenty years later, Himwitsa Enterprises is a thriving complex of tourism-based businesses: The House of Himwitsa, Himwitsa Lodge, Sea Shanty Restaurant and Dockside Cannery. 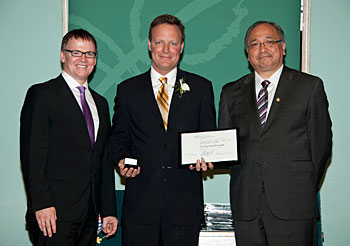 Tim Cormode founded the Power to Be Adventure Therapy Society in 1998, an organization that provides outdoor education programs that enrich the health and quality of life for youth, families and adults facing significant life challenges. As executive director, Tim’s skills as a visionary, leader, motivator and fundraiser have created the opportunity for over 5,000 British Columbians with disabilities to experience the therapeutic values of nature.

June Lam’s leadership, initiative, attention to detail and enthusiasm have benefitted the faculty of science at UBC. He engaged in outreach work with Kids Help Phone, peer coaching, the Let’s Talk Science project and he co-chaired the 2010 UBC Student Leadership Conference. Now a medical student, June has demonstrated an outstanding commitment to his community. 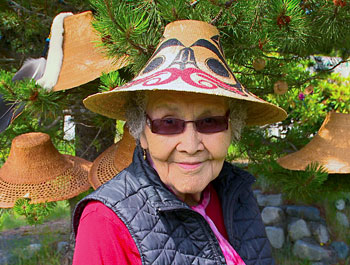 As the granddaughter of famed weaver, Isabella Edenshaw, Primrose Adams descends from a rich heritage of weavers and Haida artists. She has developed the techniques of spruce root weaving taught by her mother and grandmother and has become one of the finest artists of her generation. Her contributions to the ancient art form can be found in both local and international collections. 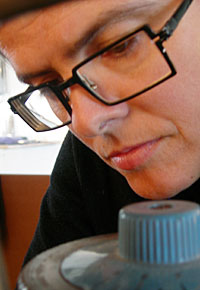 Dina Gonzalez Mascaro received a BFA from the Universidad de La Plata in Buenos Aires, later attending the Banff Centre. Dina’s unique designs combine the materials and techniques of a jeweller with the eye of a sculptor and the sensibility of an architect. Award-winning Mascaro has a hybrid studio/gallery/store called JewellerBau, in the Mount Pleasant area of Vancouver, where she challenges the public to expand their understanding of what jewellery can be. 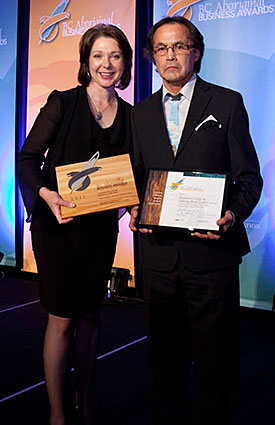 On the shores of Little Shuswap Lake, is an Aboriginal-themed 4-star destination resort owned by the Little Shuswap Lake Indian Band. For nineteen years, Quaaout Lodge & Talking Rock Golf course has been the best-kept secret of Chase – until now. Established in 1992, it has demonstrated consistent growth and market-driven expansion with a conference centre, 18-hole golf course and full-service spa, all steeped in First Nations tradition. 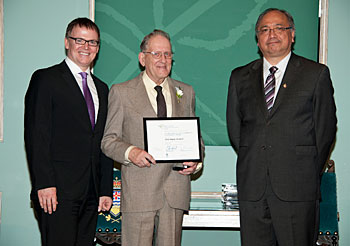 Peter Couldwell has served his community of Quesnel as a councillor for more than 20 years. He has also personally helped to raise close to $3million through his skills as a volunteer auctioneer for scores of events and organizations, including local charities, the Quesnel Community Foundation and the Hospice Palliative Care Association. 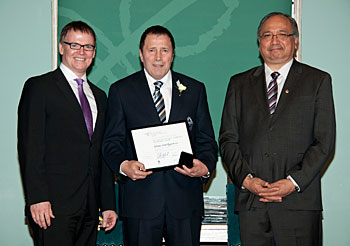 For over 40 years, Sam Lenarduzzi has contributed to the sport of soccer in British Columbia. First as a player, then as a coach and educator, he has reached more than 28,000 young soccer players throughout the province. His passion is soccer; his drive is contagious and his goal is to bring the benefits and enjoyment of soccer to every community.