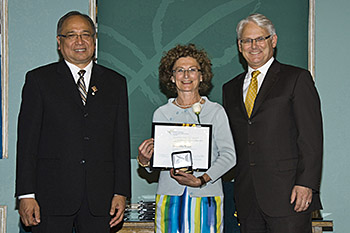 Dr. Cecilia Benoit is an outstanding researcher, communicator, community activist and advocate for social change. As a scientist and sociologist at the University of Victoria, Cecilia’s community-based research has influenced the delivery of programs for at-risk youth, pregnant women with substance use issues, and sex workers. Two Victoria organizations, the Child and Family Counseling Association and ‘Her Way Home,’ among others, have benefitted from Cecilia’s research and volunteer activity. She has served on the BC Advisory Council on Women’s Health and her work has provided a wealth of information now in use by health practitioners and social agencies in BC and throughout Canada. 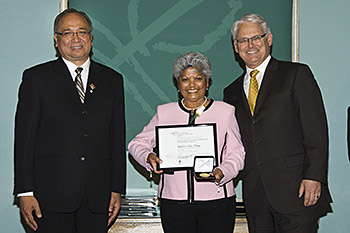 Yasmin is a passionate literacy advocate in the South Okanagan. She co-founded the Penticton Writers and Publishers organization providing a creative forum for dialogue and mentoring. Yasmin is a driving force behind the Young Okanagan Writers’ Contest, encouraging young writers to bring forward and share their stories and poems. She visits high schools to help students with writing and brings authors to the classrooms. She started the Canwest Raise A Reader program in Penticton bringing together committed volunteers and sponsors in support of this important community initiative. Most recently, Yasmin helped to establish a week- long summer writing camp for BC students. Yasmin has shown extraordinary dedication to improving literacy in our province. 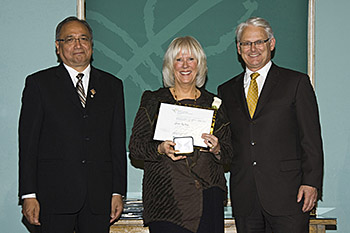 For over thirty years, Joan Richoz has been the cornerstone of Whistler’s arts and cultural community. One of her most significant contributions was her singular vision for the development of the Whistler Public Library, where she was the first librarian. A member of the Whistler Arts Council since 1983 and current Chair, Joan has been actively involved in all of its signature programs including the Performance Series, the Whistler Childrens’ Art Festival and Bizarre Bazaar. She currently serves the provincial arts and culture community as the Chair of the BC Assembly of Arts Councils. Joan raises the character and quality of her community through her hard work, her vision and her skill at bringing out the best in others. 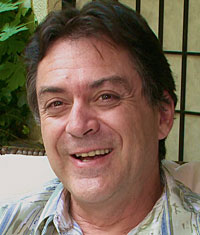 From the time he was a boy, Richard Sumner always knew he was going to be a carver. It was all around him in Alert Bay, as were the Kwakwaka’wak traditions of fishing and hunting. He’s best known for his achievements in the demanding craft of carved and painted bentwood boxes, using his skills and creativity to incorporate modern designs into an ancient form. His extensive body of work includes ceremonial masks, rattles and poles but his preference has always been for functional objects, like bowls, boxes and spoons. Richard’s bentwood boxes can be found in collections around the world and here at home at the Museum of Anthropology and the Royal British Columbia Museum. 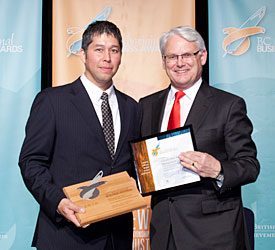 Lennard Joe established Grizzly Man Resources in Merritt in 1999 and the company is now one of the leading forestry consulting companies in BC. Grizzly-Man offers a diversified portfolio of professional services from full phase timber development to mapping and archeological assessments to integrated wildlife forestry and range management plans. Grizzly Man has achieved its business success by developing professional working relationships with First Nations’, government and industry. With eight full time employees, Grizzly Man provides employment, education mentoring, support for professional forestry organizations and contributes to the well-being of its community. 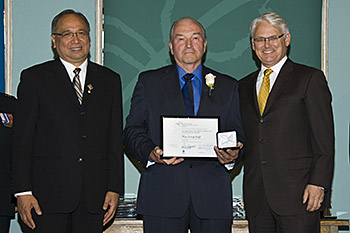 Alan Boyd’s nominator calls him an unsung British Columbia hero. He never says ‘no’ to a community project. From the Lone Butte Historical Society, to restoring the Lone Butte water tower, now a tourism attraction, to building a community hall and to raising funds for the Green Lake fire hall, Alan has served his south Cariboo community with dedication. Alan shows his passion for good healthcare for the South Cariboo by not just talking about it but by being involved. He has served on the community, regional and provincial health boards and was instrumental in facilitating the construction of the South Cariboo Health Centre in 100 Mile House.  Alan Boyd is passionate about his community and its welfare. 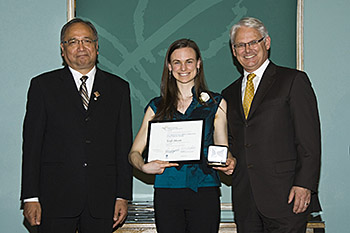 Kayli Johnson is being honoured today for her exceptional leadership in the Faculty of Science at UBC. A fourth year honours student and Science Scholar, Kayli not only has served as a peer academic coach, tutor and mentor, she also has organized a number of events and conferences around the campus that promote science and research. Kayli is involved in creating a series of interactive videos to encourage elementary school children to have fun with science. Her nominator writes that Kayli has a unique ability to motivate and inspire other students to be the best they can be. It must be mentioned that Kayli has recently been selected BC’s Rhodes Scholar for 2010 and will attend Oxford University. 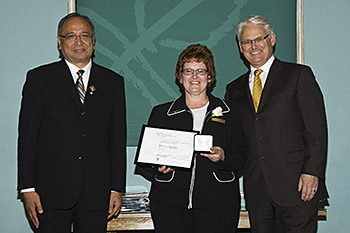 It would be no exaggeration to say that the Cranbrook Girls Bugle Band is probably Cranbrook’s best known ambassador. And it is Pat Ronalds who so capably and energetically directs this band of eleven to eighteen year old girls, carrying on a seventy year tradition. The effort that Pat gives to all aspects of the band including practices, raising funds for uniforms and tours and traveling to parades in Alberta, BC and the US is extraordinary. She is a mentor to the girls, helping them to be independent, to be leaders and to encourage them to deal head-on with challenges. Pat is a positive role model who inspires these young women to be their very best. 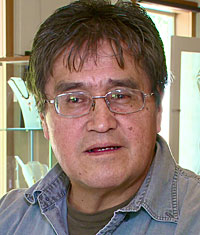 Tim Paul employs traditional Nuu-chah-nulth techniques to create modern totem poles, canoes and abstract contemporary works. He began carving in 1975 at the Arts of the Raven Gallery in Victoria, under the direction of Ben Andrews. For eight years he was Senior Carver at the Royal BC Museum and later headed up a native education program on Vancouver Island. Tim’s work reflects a deep respect for the culture and history of the Nuu-chah-nulth people and a celebration of the fact that it is still being practiced. His art can be found in national museums, galleries and private collections around the world, including Vancouver International Airport. 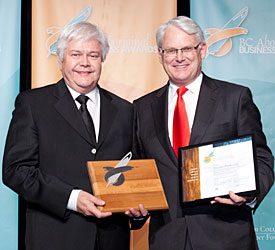 Theytus Books is the oldest First Nations owned and operated publishing house in Canada. Producing only Aboriginal artists and authors has given Theytus books a clear market position as a niche publisher devoted to cultural preservation and promotion.  Theytus believes in product diversity including editing, production, multi-media, and marketing and distribution within the book retail, educational and library channels in Canada and the US. With an excellent strategic business plan, award-winning Theytus Books is a widely respected publisher and has been a vital force within the BC and Canadian book publishing industry for nearly thirty years.