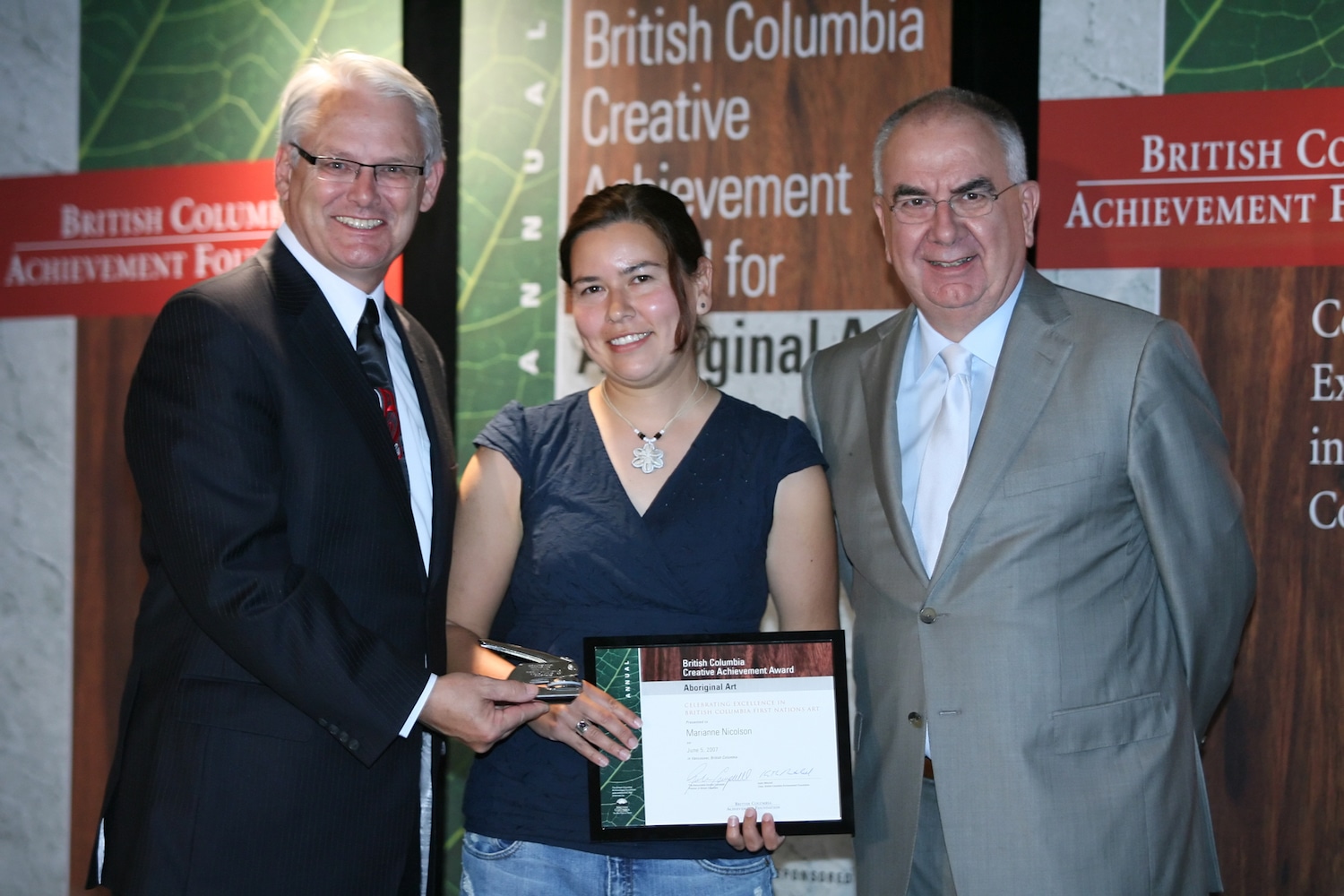 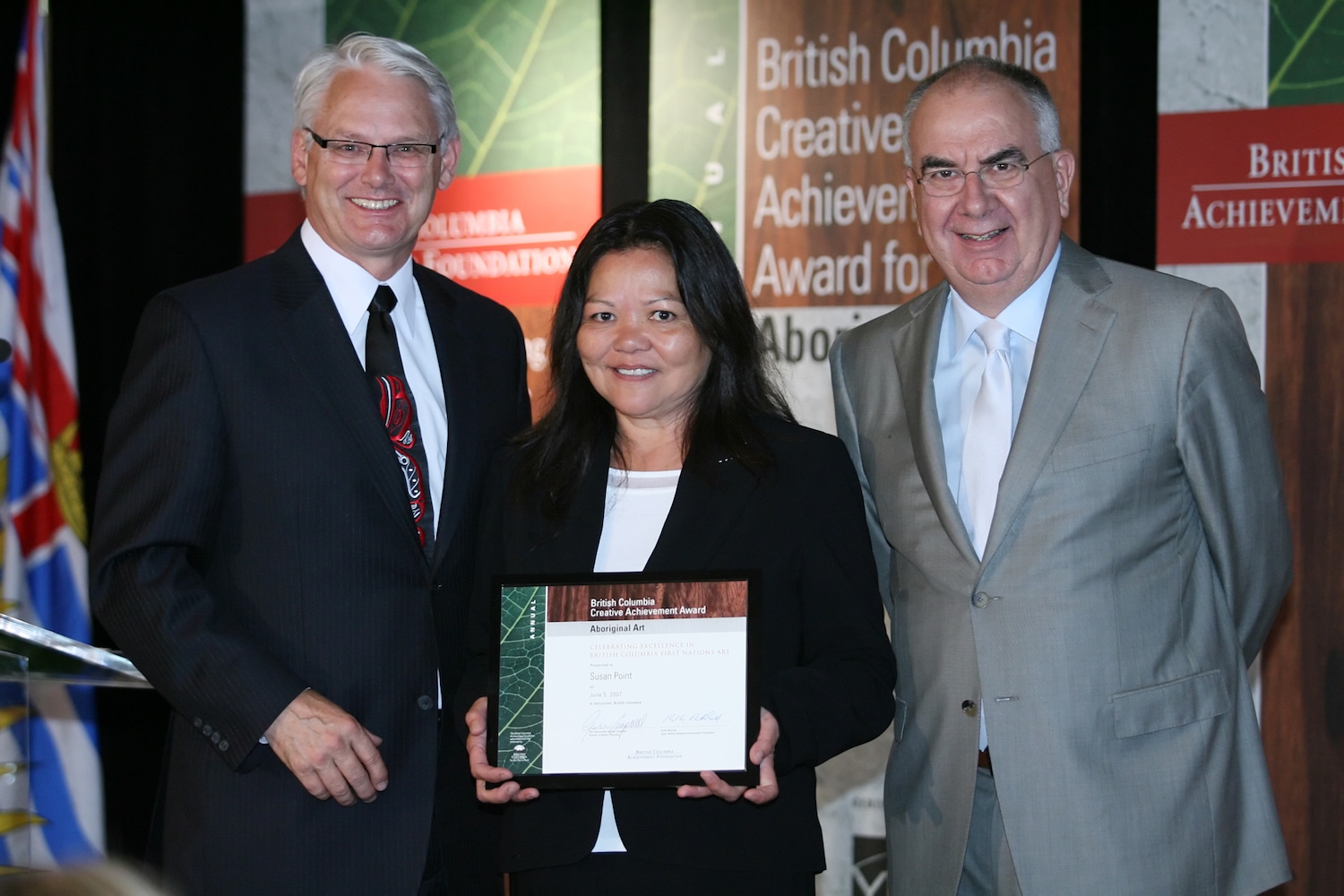 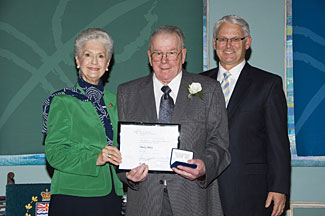 Chuck Bailey is an outstanding volunteer for youth baseball. He has been a passionate leader and coach in the Whalley Little League for more than 46 years and has helped thousands of young people enjoy the game. Under Chuck’s guidance, the Challenger Baseball Program was established which provides children and youth with special needs the opportunity to play baseball with their peers. 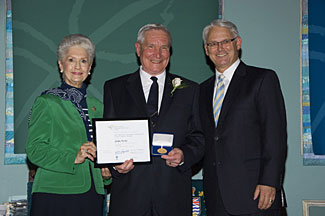 Through a lifetime of public service, Gordon Mackie has contributed to the overall prosperity and well-being of Sicamous and Eagle Valley. Gordon’s remarkable civic involvement includes participation in the Sicamous Chamber of Commerce, the Sicamous Waterworks District, the Eagle Valley Arts Council and Citizens on Patrol. Gordon served with distinction as the first mayor of the District of Sicamous after its incorporation. 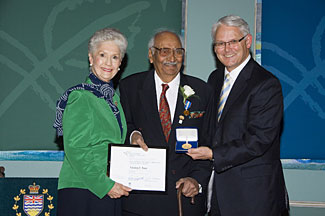 Kuldeep Bains has made a significant contribution to the Indo-Canadian community as well as to British Columbia through outstanding service in the areas of multiculturalism, civic duty and community volunteerism. From his pioneering efforts to change federal immigration policies in the 1950s to his leadership of the Khalsa Diwan Society, Kuldeep has always led by example. 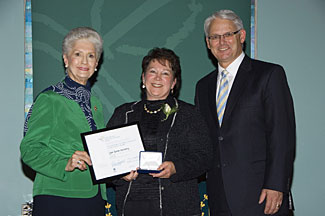 Dr. Sharon McCoubrey has enthusiastically spearheaded the appreciation, promotion and enjoyment of public art in the District of Lake Country. Since its inception in 1995, Sharon has chaired the Public Art Advisory Commission and has been instrumental in the commission’s art fairs, symposia, events and ArtWalk, one of B.C.’s largest art shows.

A renowned carver, Wayne Carlick, Yaandak’in Y’il, is an inspirational role model for his community. He encourages the Taku River Tlingit First Nation to be proud of their culture and language. He is a respected artist who has used his talents around the world and at home to tell the stories of his culture. Wayne returned to Atlin in 2006 and is teaching others to carve, paint, dance and create. For 13 years, Wayne worked enthusiastically at the Capilano Suspension Bridge showcasing First Nations culture. 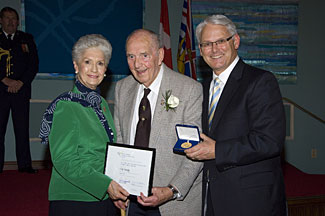 For more than 60 years, Ted Barsby has worked for the benefit of the citizens of the City of Nanaimo through participation on civic, education and healthcare boards. His environmental stewardship has made a positive difference throughout B.C. as he championed major conservation projects. Ted served as the founding President of the BC Wildlife Federation where he continues to be active as well as in the Nanaimo & District Fish and Game Protective Association. 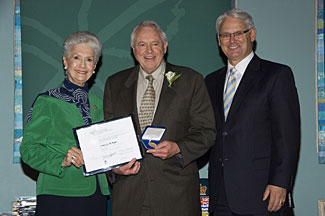 Jim McMynn served the Village of Midway with distinction as its mayor from its incorporation in 1967 to his retirement in 2005. His leadership contributed to the development of Midway’s economy and its necessary services and its amenities. His leadership and involvement in the well-being of the community set an example for others to follow and has made Midway a better place to live.