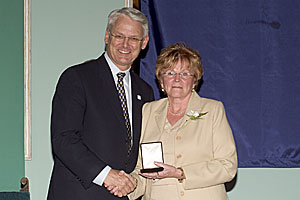 Barbara Der has volunteered for numerous organizations such as the B.C. Coalition to Eliminate Abuse of Seniors, the Burnaby Symphony Society and was a founder of the WomenSpeak Institute. One of her many accomplishments includes re-establishing the Burnaby chapter of the Special Olympics as a thriving organization. 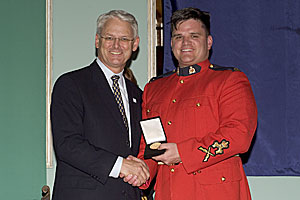 Marc Searle has contributed to many worthy organizations from the age of 12. For the past 11 years as a resident of Surrey, Marc has been involved in the South Surrey Community Policing Station, the Skateboard Safety Campaign and many other initiatives to improve community safety. Marc has also volunteered his time to the Surrey Citizenship Court. 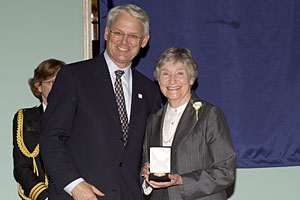 Betty Emery has spent over 50 years committed to education as a teacher, counselor and leader in the Comox Valley. Betty spearheaded the creation of a full service ElderCollege to provide a diverse learning and social environment for the community’s growing senior population. 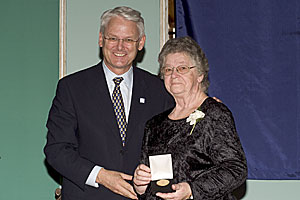 Twenty years ago Vera Seydel began working with the non-profit organization, Bread of Life, to provide free hot meals to needy citizens of Port Alberni. With Vera’s leadership this organization has grown to provide food for over 300 people each week and includes a second hand store and hostel facility which opens on May 1. 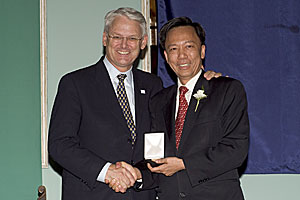 Johnny Fong is a prominent philanthropist and community leader whose generous donations have supported BC’s Children’s Hospital, the Chinese Cultural Centre and SUCCESS. Johnny is the Co-Chair of the Chinese Community Kamloops Forest Fire Relief Campaign. He also provides guidance to a number of organizations working to build bridges among many different sectors. 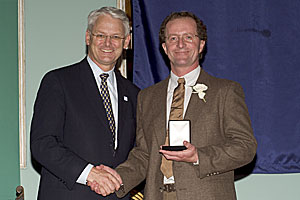 As vice-president and president of the Wolverine Nordic and Mountain Society and scientific advisor to the Museum Foundation, Kevin Sharman helped convert Tumbler Ridge to a thriving hiking and tourism destination. 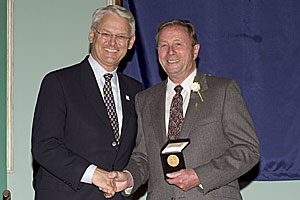 Jim Fraser has spent over 50 years working for Williams Lake in a range of areas such as the Recreation Commission, the Municipal Council and the Cariboo Memorial Hospital Board. Jim has been the director of the Hough Memorial Cancer Society for 20 years, helping to raise over $1 million dollars for critical cancer detection equipment. 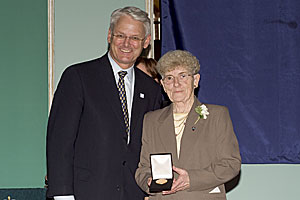 Barbara Shaw has been involved in many of Cache Creek’s valuable committees, projects and organizations for over 35 years. Among her many efforts, Barbara is head of the Emergency Social Services and sits on the Cache Creek Village Council. For the past 30 years, Barbara has been involved with the Red Cross Loan Cupboard. 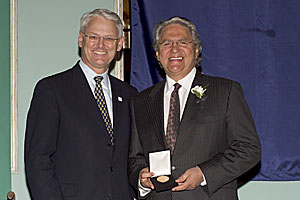 Sherrold Haddad has contributed to numerous charitable organizations in Surrey, such as the BC Special Olympics Charity Auction and the Variety Club of BC. As the Chair of the Surrey Memorial Hospital Foundation for 5 years, Sherrold Haddad worked to raise over $10 million dollars for the construction of a new Children’s Health Centre.