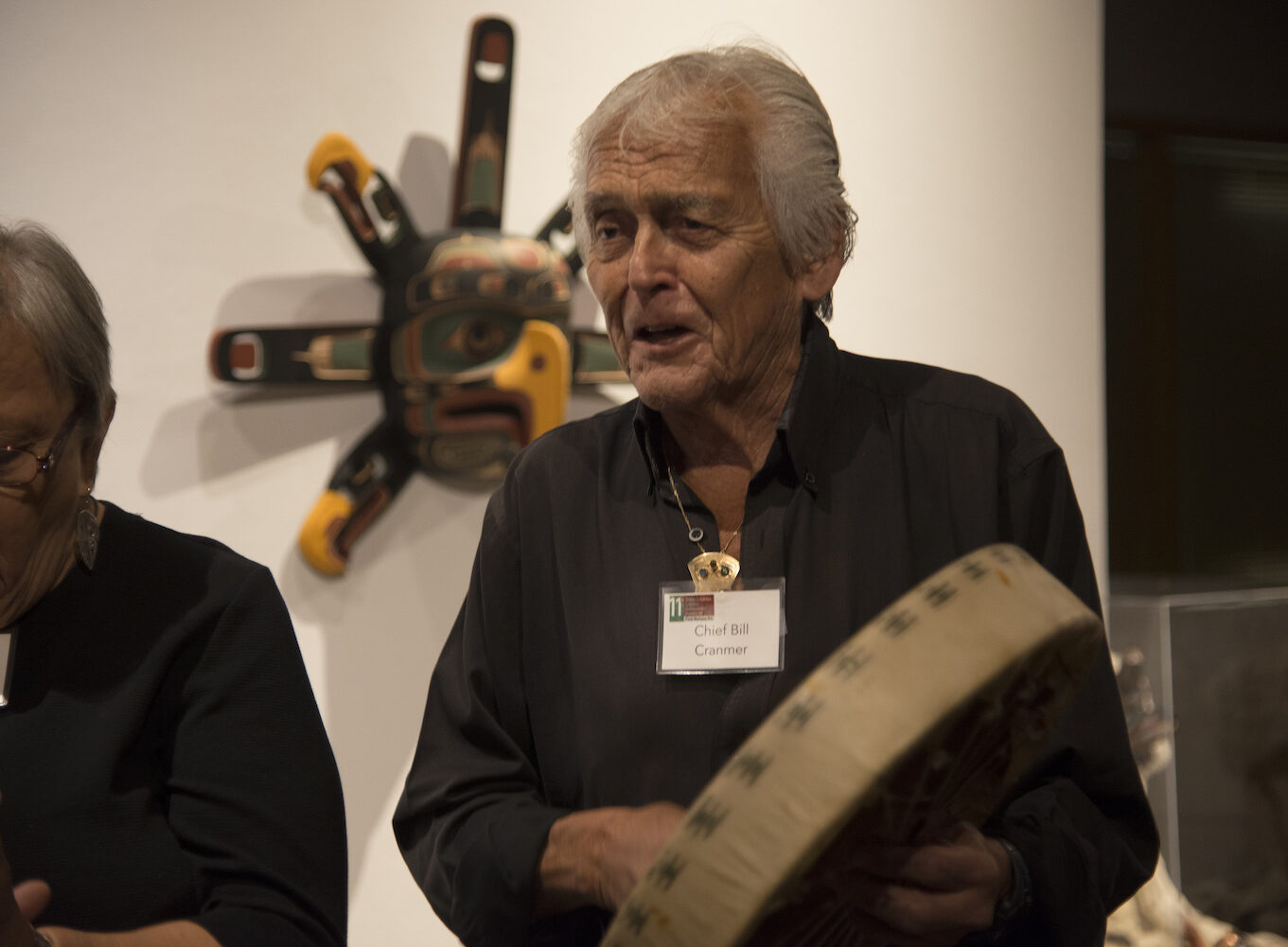 “Reconciliation builds relationships and bridges the gap between two worlds through the efforts of both Indigenous and non-Indigenous peoples. By recognizing the truths of past wrongs and showcasing examples of how to make things right, others will be inspired to follow.” BC Achievement Foundation board member Cloy-e-iis, Dr. Judith Sayers

There’s been much talk of reconciliation and there are many individuals and organizations who are taking action by implementing ideas and programs to move this effort forward. BC Achievement works in partnership with the Office of the Lieutenant Governor of British Columbia to deliver the program and we are collectively honoured to highlight the program recipients and inspired by their achievements.

Now in its third year, the British Columbia Reconciliation Award recognizes excellence in the area of reconciliation with Indigenous peoples in the province of BC. It aims to showcase leadership in reconciliation so others will follow on the journey forward. Last year six extraordinary individuals and organizations were recognized as recipients of this award for their exceptional leadership, integrity, respect and commitment to furthering reconciliation.

Who will be recognized as the recipients of the 2023 installment of the award?

It is time to start considering who is doing this work and tell the stories of reconciliation in action throughout the province and #nominatenowbc! Submissions will be accepted starting November 22, 2022, until January 20, 2023. We encourage you to look around in your community and make note of who is doing great work and deserves to be recognized so their story can be shared. Nominations will be accepted online at bcachievement.com and they will be reviewed by a selection committee including representation from Indigenous Elders and leadership.

November 22 marks the day that the two reconciliation paddles, designed by First Nations artists and former recipients of the Fulmer Award in First Nations Art will be installed at Government House in Victoria. These two paddles, one created for each year of the award, symbolize the inspiration behind the award. The inspiration is the work of the Honourable Steven Point [Xwĕ lī qwĕl tĕl], 28th Lieutenant Governor of British Columbia, and a founder of the award, and his hand-carved red cedar canoe, Shxwtitostel, currently on display at the BC Legislature building. It was created as a symbol of reconciliation, with the understanding that “we are all in the same canoe” and must “paddle together” to move forward.

Watch for the photos from the paddle installment and congratulations to paddle artists Cole Speck and Crystal Dehn on their artistry and their commitment to reconciliation.

Don’t forget nominations for the BC Reconciliation Award will be accepted November 22, 2023 – January 20, 2023! #nominatenowbc 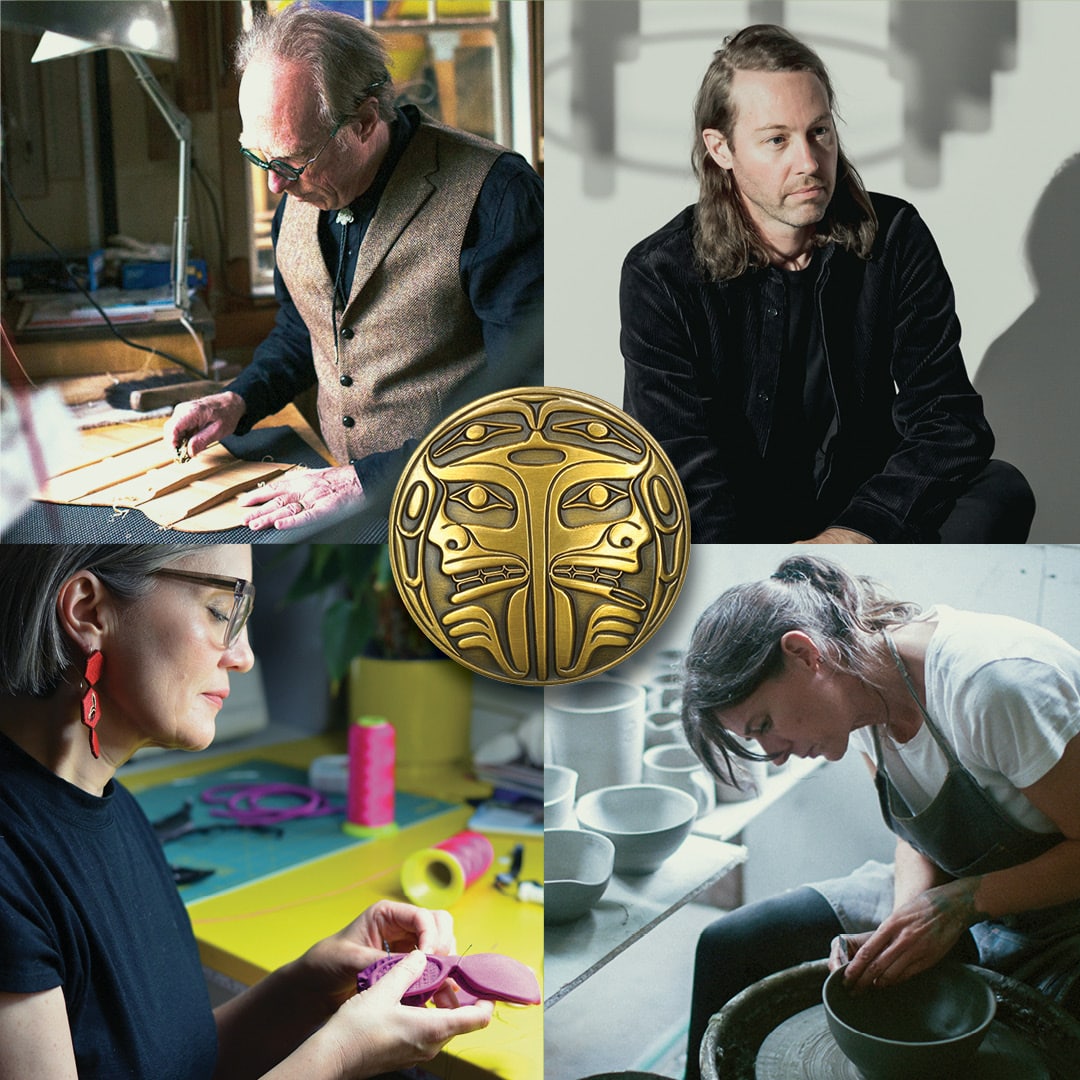 We are saluting the four talented recipients of the Carter Wosk Award in Applied Art + Design!

These awardees demonstrate creativity, innovation and skill in designing and creating objects that are both beautiful and functional.

“These artistic works and designs demonstrate a new strength within BC’s creative economy,” said Anne Giardini, OC, OBC, KC, Chair of the BC Achievement Foundation. “The Carter Wosk Award in Applied Art + Design celebrates and honours BC’s creators for ensuring beauty and function are part of our everyday lives. It is always a delight to us at BC Achievement to recognize new ways of marrying art and function with ingenuity and imagination.”

Come visit the exhibit showcasing the works of these artists and the works of the recipients of this year’s Fulmer Award in First Nations Art. The exhibit runs Monday, November 14 to Friday, November 18 at The Roundhouse Community Arts and Recreation Centre in Vancouver. You’ll see the stunning art of all these awardees including Caine’s spectacular light fixtures, Louise’s bold textile jewellery, Cathy’s ceramics made from locally sourced clay, and Robert’s one-of-a-kind handmade guitars and violins.

At an award ceremony later this month, awardees will be celebrated amongst family, friends and peers. There they will receive a certificate and medallion in honour of their achievements and will be the first to see two films produced by BC Achievement to highlight their artistic accomplishments.

The Carter Wosk Award in Applied Art + Design is named in honour of BC philanthropist, academic and visionary Yosef Wosk, OC, OBC, Ph.D. and Sam Carter, BC educator, designer and curator. 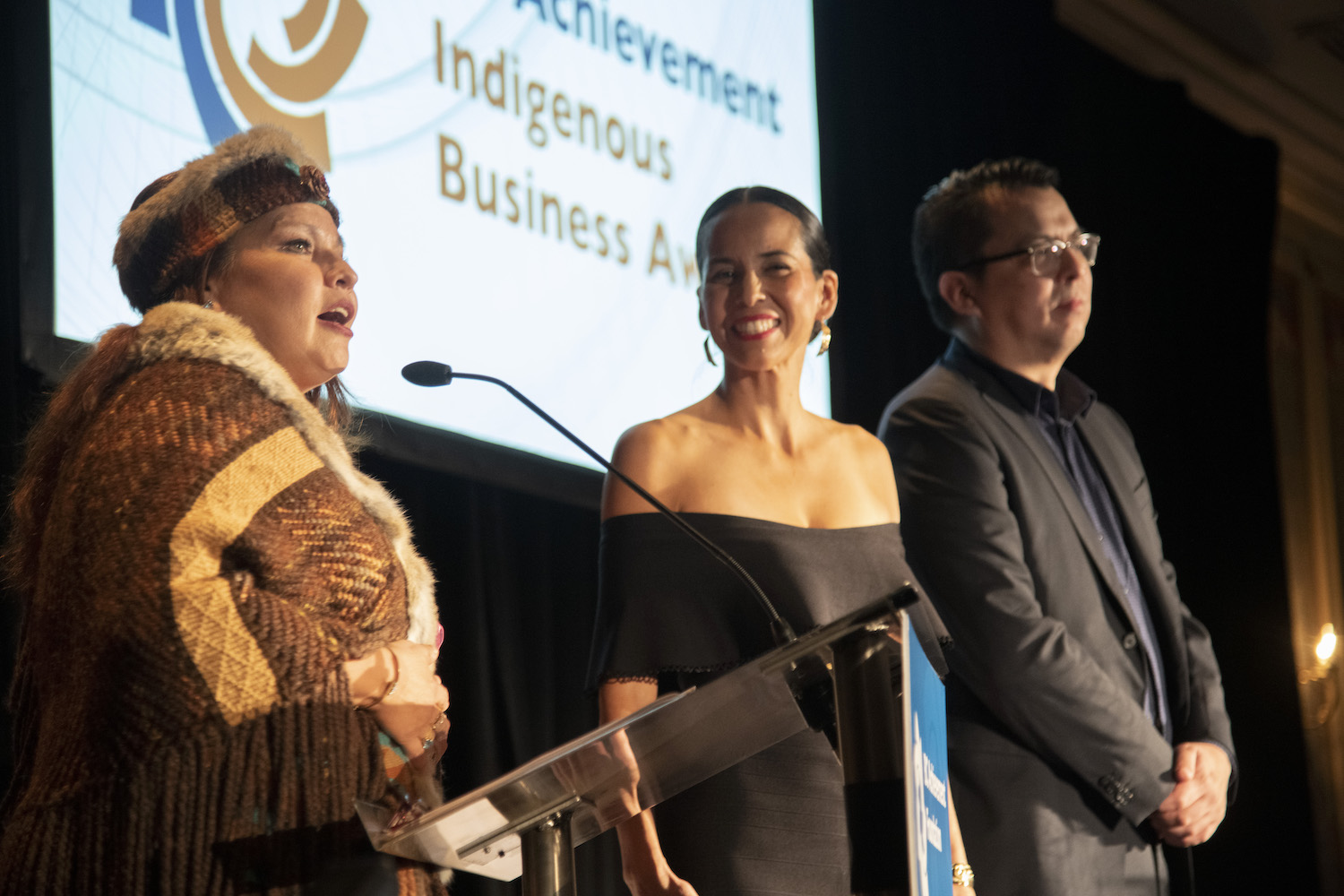 The highly anticipated Indigenous Business Award Gala Dinner is back with Carol Anne Hilton and Geena Jackson serving as co-Directors of Ceremonies on November 29 at the Fairmont Hotel Vancouver.
DJ O Show (IBA 2015 recipient) is joining in the production and celebration which will honour the 2022 program recipients. The evening is promising to be exceptional, and BC Achievement recently caught up with Geena to find out why she thinks the 2022 IBA Gala is the place to be.

Saluting the 14th annual offering of the IBA program – Here are Geena’s top 14 reasons to be there on November 29.

Geena, a member of the Frog Clan of the shíshálh (Sechelt) Nation on BC’s Sunshine Coast has contributed to the growth of over 530 Indigenous entrepreneurs, organizations and First Nations communities. She currently is the inspirational innovator and founder of Bear’s Lair – the reality TV show currently airing on ATPN TV.  Geena understands the challenges facing entrepreneurs and she is motivated by the sense of accomplishment and pride people feel when they succeed in turning their dreams into reality. A longtime supporter and consistent (and successful) nominator of the IBA program, Geena is a force who passionately empowers others while leading by example.