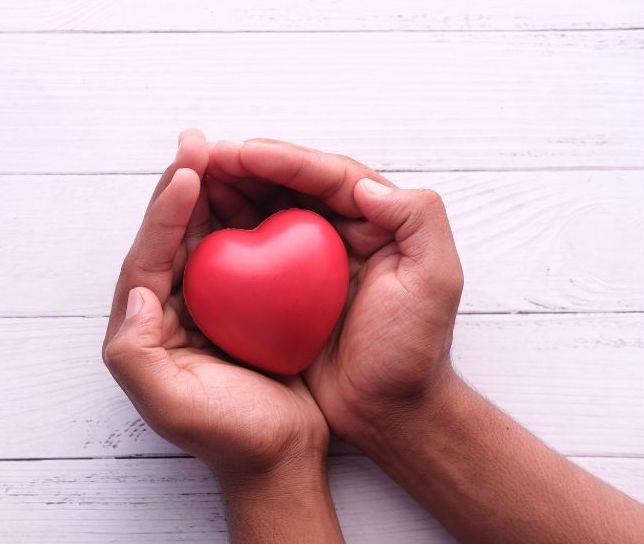 Thank you to nominators for leading the way! Your submissions have been coming in since June 1 when nominations first opened and you’ve opened the door for so many people to be seen, recognized and celebrated. We are grateful to be able to share these many stories of success.

After six weeks BC Achievement’s fall award programs closed their respective calls for nominations. The Indigenous Business Award closed its call for nominations on June 30, followed by the Fulmer Award in First Nations Art on July 7, and the Carter Wosk Award in Applied Art + Design  followed a week later on July 14. It has been a busy and rewarding nomination phase!

We commend the commitment and effort taken in the preparation of each nomination package.

“When we celebrate and steward outstanding British Columbians and elevate their stories, we help to ensure that we truly see the enormous range of potential and achievements all around us.”
Anne Giardini OC, OBC, QC – Chair, BC Achievement Board

It’s important to elevate excellence through nominations for award programs – it raises awareness of the powerful things happening in our communities and sets the path for innovation, change and leadership. Nominating an individual, artists, organizations or businesses for an award, showcases their creative initiative, their dedicated commitment to their practice, their tenacity and their excellence in their chosen field. The process demonstrates respect and gratitude for someone who achieves excellence in their endeavours and whose story can inspire others through this recognition.

What are the benefits of a successful nomination to an awardee? Most importantly, it helps raise the profile of the awardee and the community they serve. It reinforces that the awardee is on the right path, and it helps validate all the efforts they’ve put into their chosen field as being worthwhile. A successful nomination also helps share experiences with others in the field, creating role models and establishing platforms for change while bringing people together over common interests and passions.

By recognizing the accomplishments of our province’s entrepreneurs, artists, community leaders, youth and volunteers, BC Achievement’s award programs pay tribute to exceptional people, doing exceptional work. Recognition serves as a tool that can contribute to growth and development of individuals, communities and organizations throughout the province.

Thank you to  the  nominators, the champions, who put in the time to support the work of the leaders, volunteers, makers, organizers, and doers. This province is a better place to live because of your efforts and we thank you for leading the way!

To learn more about the programs BC Achievement offers, check out  bcachievement.com 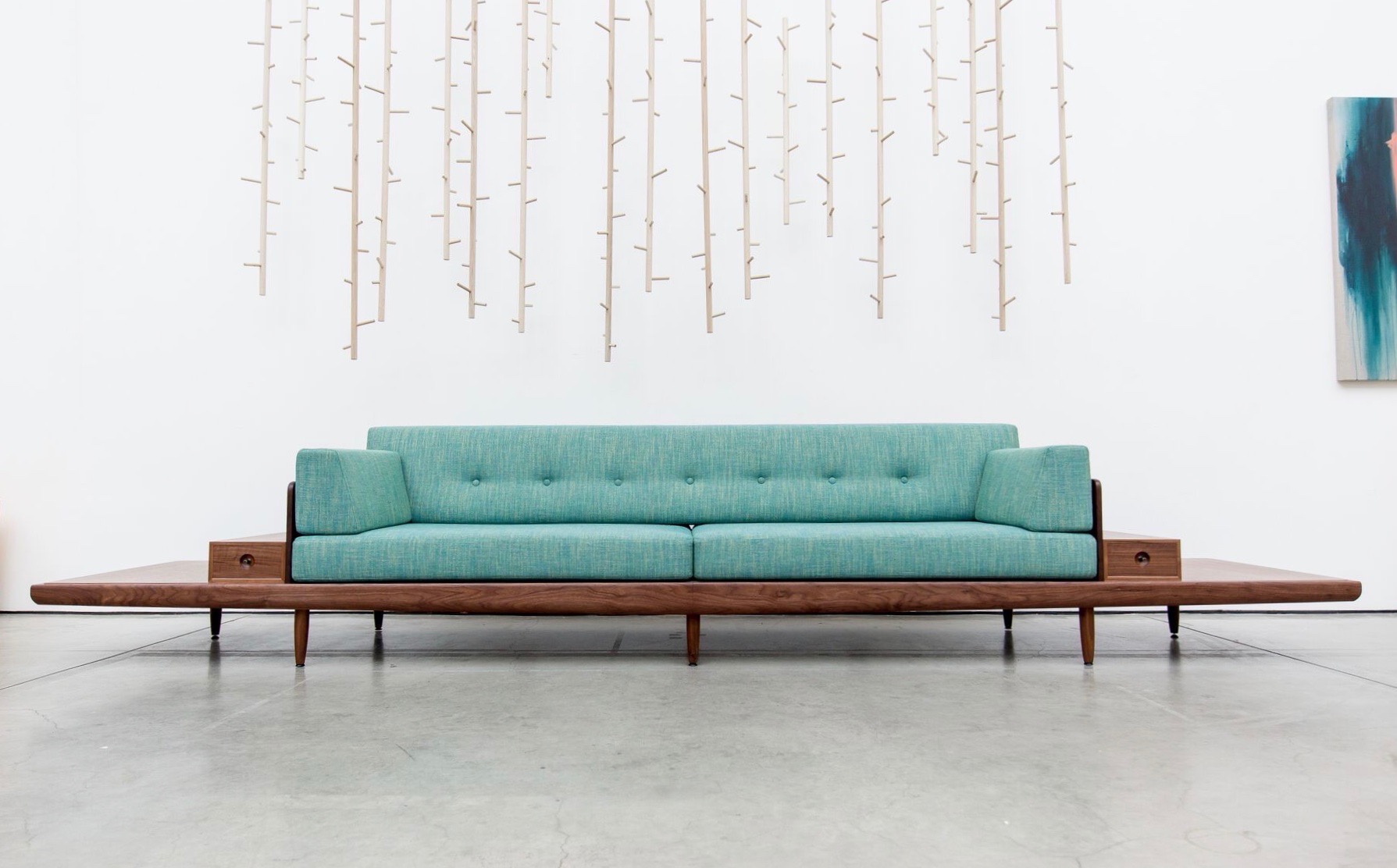 The Carter Wosk Award program recognizes excellence in applied art and design and has been doing so since 2005. Applied artists and designers create works that have a practical or functional application but yet offer so much more through their design aesthetic. In 2021 the award was presented to a ceramicist, a furniture designer, a textile artist and a craniofacial prosthetics artist. Each awardee creates pieces that are both functional and pleasing to the eye.

Open to artists who create works that include, but are not limited to, furniture, textiles, jewellery, ceramics, weaving, glass, fashion, and industrial design, the program shines a light on functional art. Art that enhances day-to-day life while enriching our collective experience. It celebrates British Columbians whose work directly contributes to the cultural and economic fabric of the province.

“These acknowledgements honour individuals and groups who dedicate their lives to creating a vital society of art and culture. It is important to preserve the integrity of artistic expression and, in turn, perpetuate the cycle of inspiring one another.” 2021 awardee Elen Danielle, inaugural recipient of the Judson Beaumont Emerging Artist designation, Carter Wosk Award Applied Art + Design.

If you, or someone you know deserves recognition for their dedicated effort, expert skills and undaunted courage to create functional art, nominate them for the Carter Wosk Award. Elevate excellence and inspire achievement and share the stories of BC’s creative economy.

BC Achievement is grateful for the generosity of the Yosef Wosk Family Foundation toward the Carter Wosk Award program.

Nominate now for the Carter Wosk Award in Applied Art + Design! Nominations are open until July 14, 2022 at bcachievement.com Elevate excellence in BC and nominate a deserving individual for this award. Together we can inspire achievement through recognition. #nominatenowbc #elevateexcellence 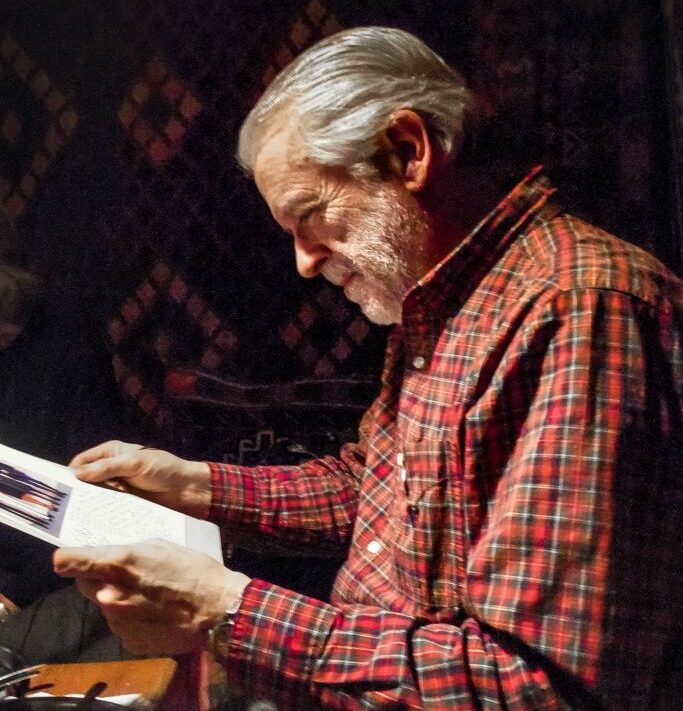 William (Bill) McLennan, renowned for his vast knowledge of Northwest Coast First Nations art, was a change maker for many First Nations artists and their practices throughout British Columbia. If you are engaged with the First Nations art community in any way, you will have undoubtedly come across his name, his writings and, if you were lucky enough, Bill himself.

Bill held a deep passion and intimate knowledge of Indigenous peoples and their art and their histories. It was Bill’s discovery through extensive research that infrared film could reveal Northwest coast paintings that had disappeared under the patina of age. The research led to an exhibit and ultimately the influential book he wrote with colleague, Karen Duffek, The Transforming Image: Painted Arts of Northwest Coast First Nations. Just before his untimely death, Bill had completed another book with Karen Duffek and Jordan Wilson, Where the Power Is: Indigenous Perspectives on Northwest Coast Art.

Bill fuelled his passion for First Nations art through his work with museums, non-profit organizations, and youth. He had a close working relationship with artist Bill Reid and helped numerous artists through his mentorship, advice, or even offering up his home to those artists who needed a place to stay while visiting Vancouver.

An advocate for repatriating First Nations Art to its rightful owners, his goal was to bring back Northwest Coast art to British Columbia from wherever it is currently housed. Speaking at the BC Achievement Artists’ Talk in November 2019, Bill shared his determination to repatriate First Nations Art objects with the audience:

“They are the history of the Northwest Coast. Those pieces need to come back because of the knowledge that’s embedded in there. The knowledge can be extracted by contemporary First Nations artists.”

Bill took pride in celebrating First Nation Art in BC while supporting emerging and established artists. He was a committed advisor for over 15 years to BC Achievement’s First Nations Art program.

Bill was celebrated through an online tribute coordinated by the Museum of Anthropology. His knowledge, kind spirit and guidance is greatly missed by the many he lifted up, but his legacy continues to elevate and inspire us all. 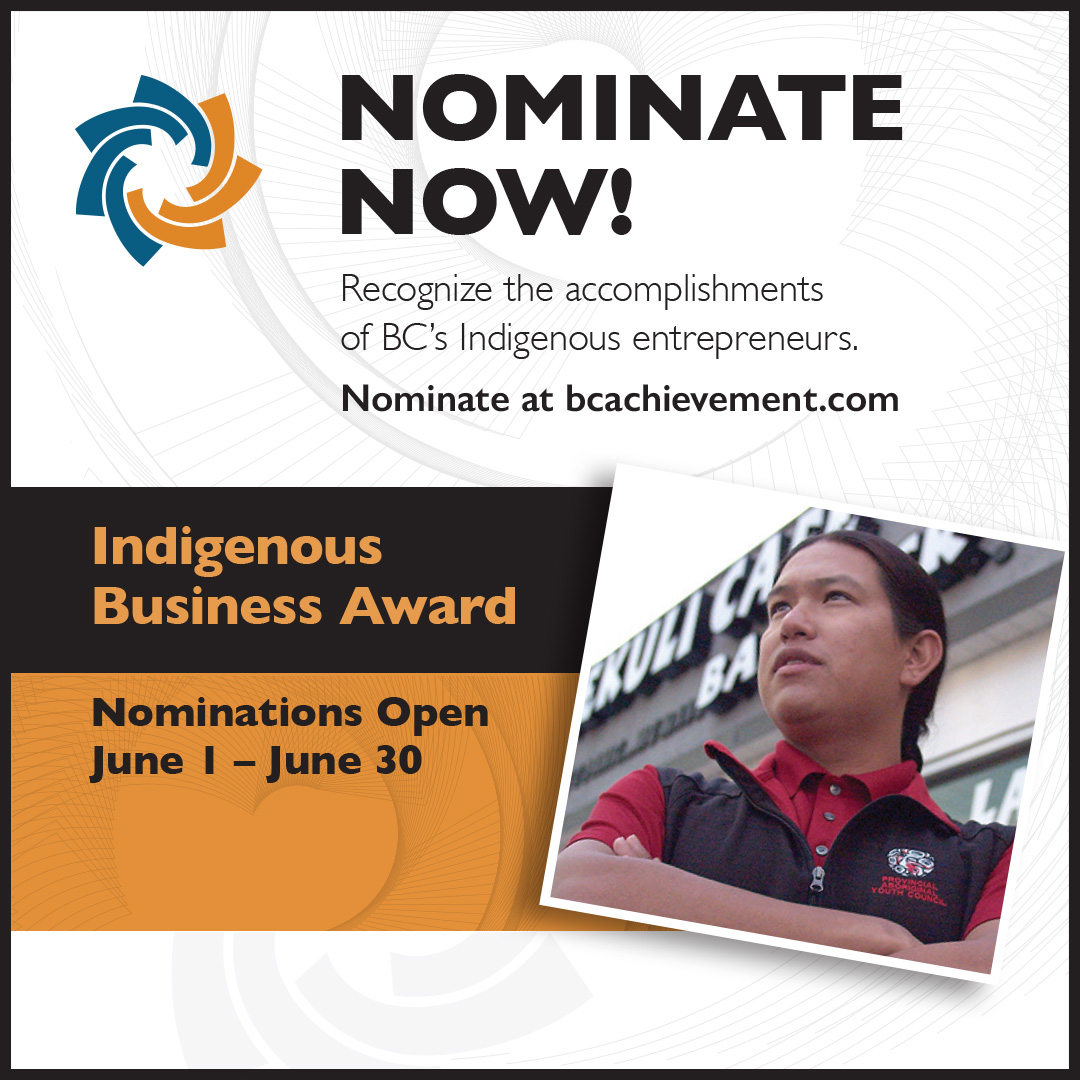 The 2022 Indigenous Business Award program is open for nominations until midnight, June 30.

Since 2009, the IBA program has served to identify and recognize successful Indigenous businesses. It honours excellence and celebrates Indigenous business throughout the province. And in doing so, it supports and sustains Indigenous entrepreneurship while inspiring others to strive for the same.

Any person, group or organization can submit a nomination and business owners can even choose to self-nominate. As long as the business is at least 51% Indigenous owned and operated, is based in BC and has been in operation for at least two years, it qualifies.

An independent jury panel representing Indigenous business expertise throughout BC evaluates nominations based on the documentation provided. The panel selects the recipients in the categories of:

The Indigenous Business Award program aims to cultivate innovation while leveraging mutual interests. It creates an authentic space where collaborative and strategic partnerships can thrive together.

Nominate a deserving Indigenous business! Awardee recognition gives voice to Indigenous entrepreneurship while modelling success for other aspiring entrepreneurs to follow. Be a part of elevating excellence and inspiring success. Nominations are open until midnight June 30, 2022 at bcachievement.com

BC Achievement is excited to announce the return of the Indigenous Business Award Gala Dinner where the 2022 recipients will be honoured and celebrated at the end of November in Vancouver!! Stay tuned for more information on ticket sales and event details.

Elevate excellence in BC and nominate a deserving business! Together we can inspire achievement through recognition. #nominatenowbc #bepartofit #elevateexcellence