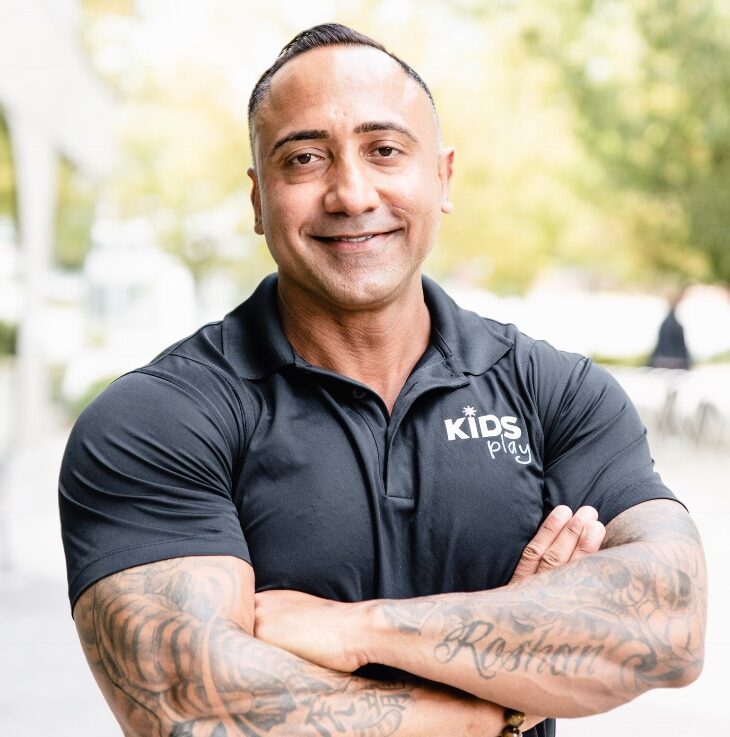 Kal Dosanjh’s vision for youth is reshaping a community while building and lifting up a generation.

With over twenty years of law enforcement experience, Detective Kal Dosanjh spent considerable time serving Vancouver’s Downtown Eastside. During patrol duties Kal was exposed to the challenging realities faced by the community. “I saw a steady stream of kids from lower socio-economic backgrounds not having the same opportunities as others and getting into drug and gang life.” He realized that society was quick to point a finger at these youth and focus on their shortcomings, but very few were doing anything to provide these kids with opportunities to succeed. “That’s when I had enough and from that came the idea for creating a program that focused on providing youth with constructive outlets.”

Kal launched KidsPlay Foundation to give kids the opportunity to become involved in sports and other recreational and volunteer activities – helping them build a sense of belonging, self-worth and providing them with mentors who inspire them to see viable choices other than the dangerous life of drugs and gangs.

The Foundation offers free high quality educational initiatives, sports programming, comprehensive after school mentorship and volunteer opportunities. The organization has been involved in many local initiatives and forums including partnering with the city of Surrey’s Adopt-A-Street program, tree-planting, street -clean up, supporting those affected by the recent extreme cold weather, sending supplies to those hardest hit by BC’s floods, organizing toy drives for local charities and more.

Under his guidance and leadership as Chief Executive Officer of KidsPlay Foundation, the organization now has over 500 volunteers and approximately 70,000 youth who have participated in KidsPlay programs since its inception in 2015. And it’s expanded with growing numbers of participants in Calgary, Toronto, and even in Punjab, India.

As a result of his efforts, Kal has been the recipient of multiple community leadership awards, including the Community Award in 2021.

Kal is quick to deflect the attention when it comes to commendation on his leadership success. “Leadership is not denotated by title. Leadership is inherent in someone’s action: giving resources, tools, amenities they need to help others succeed. You want others to be able to take charge. A good leader is a good follower and helps create other leaders.”

His goal for the Foundation is to help identify young individuals within the community with a passion to serve. “These youth are given ample opportunity and a stable platform to give back to the community through programs that cultivate their leaderships skills and enriches their character. These young leaders will be the crest of the wave which positively influences the next generation, and so forth, so that the community work continues in perpetuity.“

His proudest moment at KidsPlay? “Thirty of these kids becoming law enforcement officers. When they started at KidsPlay, they were just kids, I was proud to be part of their journey, and now they are role models themselves.”

Kal’s community service does not end there. He sees gaps in outreach to vulnerable youth. “Some are still drawn into drugs and gangs because of money and lifestyle, acceptance and identity.” He sees that more has to be done, especially in unifying the resources, skills and efforts of law enforcement, schools, and non-profits. “We need to help these kids from slipping through the cracks.” Kal also advocates for families working together to prevent youth from taking up a dangerous lifestyle. “These topics need to be addressed within families and between families. We fail to connect with other families that might be suffering. We should all step it up and support each other.”

To find out more about the work of the KidsPlay Foundation, go to kidsplayfoundation.com 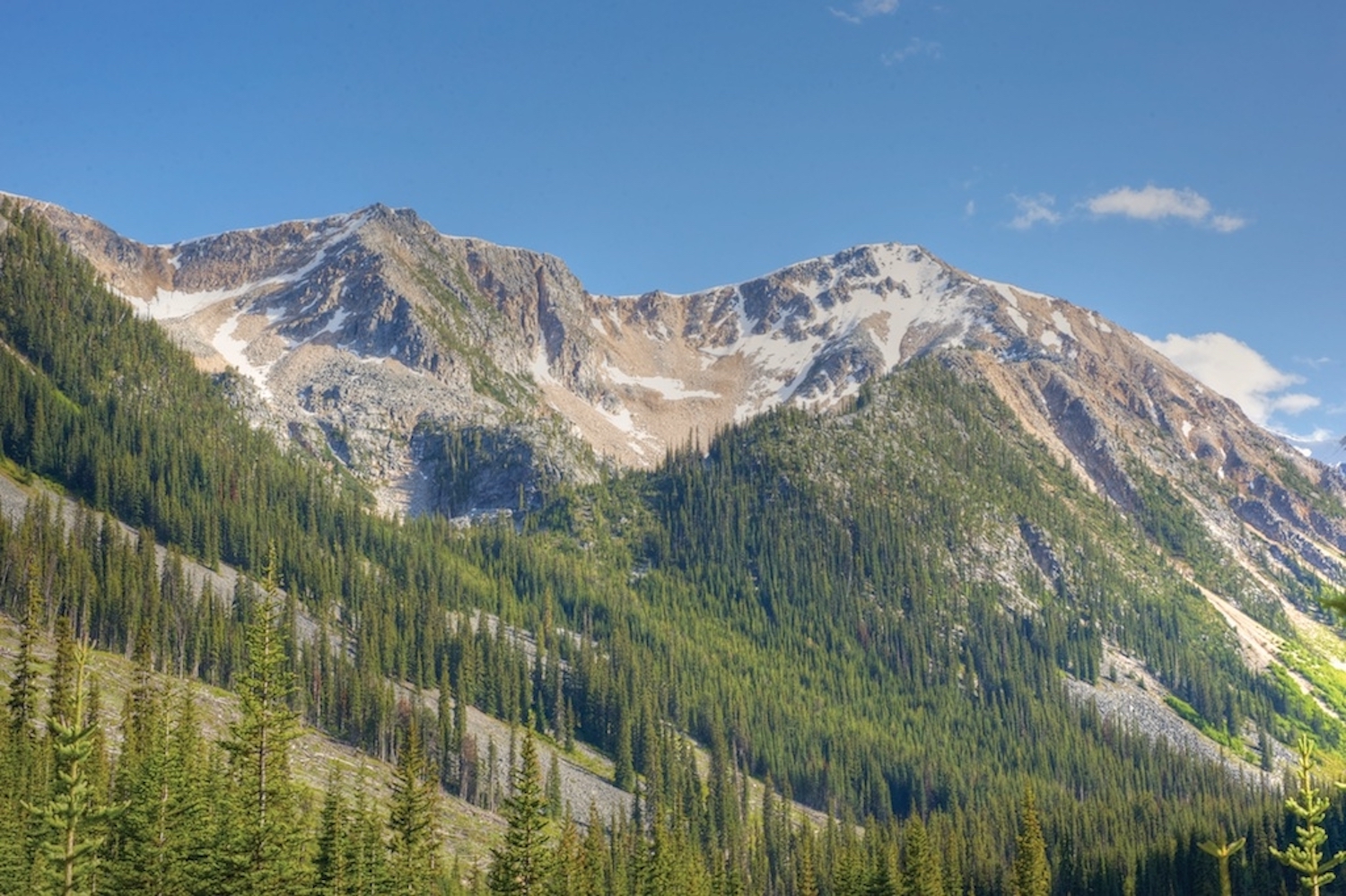 Recognizing Indigenous businesses that are generating economic development opportunities, creating partnerships and shaping communities is one of the key goals of the Indigenous Business Award (IBA) program. For the past 13 years, over 200 outstanding Indigenous businesses and entrepreneurs have been celebrated, their stories shared, and their achievements continue to inspire change. It is the inspiration which defines another goal of the IBA program – as these business success stories lead the way for others to follow.

BC Achievement is privileged to share these stories and elevate Indigenous business throughout the province. A film archive dedicated to the IBA program speaks to the ongoing and developing importance of Indigenous business in BC’s economy. The archive serves as a resource and learning tool accessible to all through BC Achievement’s YouTube channel. We are indebted to the program’s sponsorship family who share our collective goals to elevate excellence, share success and, in doing so, inspire change.

Since 2010, Teck has been a committed supporter of the IBA program contributing financial resources and amplifying the important stories of Indigenous business success. Teck’s annual investment helps develop BC Achievement’s vision to offer awardees and their supporters an authentic space to showcase their achievements, build bridges between BC’s Indigenous and non-Indigenous economies, and celebrate success, diversity and inclusion.

In the Fall of 2021, Teck once again demonstrated its commitment to the IBA program entering into a three-year agreement as the program’s presentation sponsor. We salute Teck for its generousity. It is a valued partner in the program’s delivery, and we are grateful to Teck for its foresight in offering three years of funding to support the IBA program cycle through the nomination, selection and recognition phases. We are excited to work toward the June 1 launch of the 2022 IBA program and anticipate another strong campaign to #nominatenowbc!

Thanks to Teck’s multi-year support, the IBA program will continue to raise the voices of Indigenous entrepreneurs and businesses who are building significant socio-economic opportunities and generating cultural resurgence across the province; facilitate increased Indigenous representation in the business sector; and create a platform for sharing stories of resilience and ingenuity to help ‘shift the narrative and deficit that are often at the forefront of news stories’. 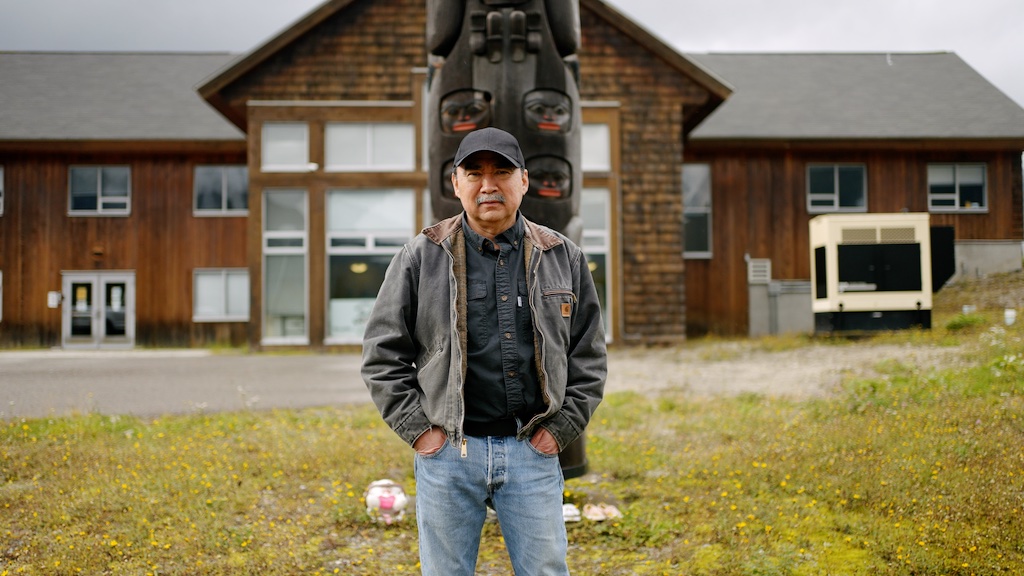 “As an artist you’re just touching the surface of everything that’s out there to understand. You’re learning from each piece, trying to bring out the power of not only the old, but the innovation of yourself.”

Stan Bevan’s understated demeanor easily hides the impressive accomplishments of his forty years as a carver of masks, totem poles and woodcuts. Presented with the Fulmer Award in First Nations Art in 2011, ten years later his lifetime of achievement was highlighted when he received the Award of Distinction designation. The distinction is presented annually to an established artist in recognition of extraordinary and sustained accomplishment in First Nations Art in BC. As part of this elite group of artists, Stan has helped ensure that BC is a place filled with astonishing craft, with unique and immensely expressive power and continuous wonder.

Born in Terrace, BC, Stan was raised by his Tahltan-Tlingit mother and his Tsimshian father. He began his formal training at the Gitanmaax School of Northwest Coast Indian Art after which he completed an extensive apprenticeship with his uncle, Dempsey Bob, a master artist who helped revive northwest coast art and is the inaugural recipient of the Fulmer Award of Distinction designation.

“My uncle would help me understand what direction I wanted to bring my art in, developing my own individual style.”

In the decades that followed his training, Stan committed to being a full-time artist and created substantial projects that solidified his expertise, superbly innovative design and his impeccable attention to detail.

“I was able to bring back a pole that had history and also create my own version of the story as a place where children and elders gather and take pride in who they are because they can identify themselves through the art in their community.”

Instrumental in the creation of the Freda Diesing School of Northwest Coast Art in Terrace, Stan is committed to passing on his highly valued knowledge to others. As the head instructor/program coordinator Stan leads the program management and curriculum delivery while overseeing numerous initiatives such as a visiting artist program and creating an international educational network.

“Teaching has become an important part of my art. To see some of the students that I work with go on and become practicing artists, it’s satisfying.”

A highly respected member of his community, Stan’s longevity as a First Nations artist has come from the tutelage of his elders, commitment to his practice, and the teaching of his art to younger generations. He’s aware that there’s still much to learn.

“Being able to have these relationships with other people in the art world grows you as an artist. It’s the exchange of ideas that’s helping evolve the art.”

Stan has produced an impressive body of work and is credited with bringing about a revival of Tlingit art and design. Not one to seek accolades, Stan Bevan gracefully sums up his thoughts on receiving the Award of Distinction, Fulmer Award in First Nations Art.

“I’m honoured to be recognized for this year’s BC Achievement Foundation Award of Distinction. I feel it acknowledges and encourages the positive direction in the progression of the art here in the north.”

And selflessly he shares that “it is important to recognize excellence to set standards and inspire the next generation.”

Thank you for sharing your journey and inspiring artists who are finding their own path.