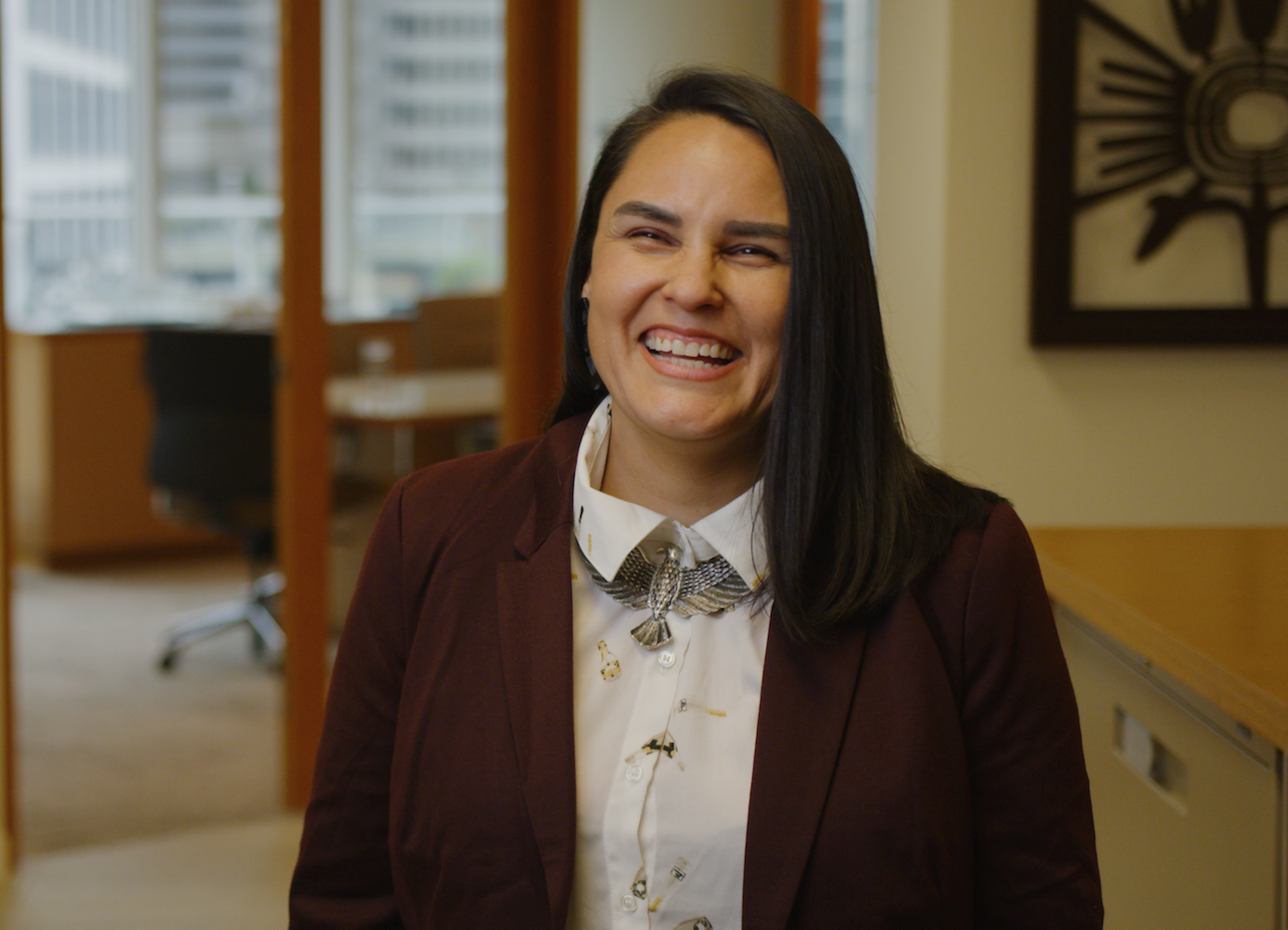 “When we view Indigenous people as economic powerhouses it shifts the narrative of hundreds of years as a problem and burden to the system to positions of powerful economic strength.”   2020 Laureate, Carol Anne Hilton

Carol Anne Hilton, MBA is the CEO and Founder of the The Indigenomics Institute and the Global Center of Indigenomics. A dynamic national Indigenous leader and senior advisor, Carol Anne has an international Masters Degree in Business Management (MBA) from the University of Hertfordshire, England. She is of Nuu chah nulth descent from the Hesquiaht Nation on Vancouver Island.

Advocating for #indigenomics – the building and strengthening of Indigenous economies – Carol Anne is also the author of ‘Indigenomics: Taking A Seat at the Economic Table’. Leading by example, Carol Anne sees business as the pathway to opportunity for Indigenous peoples to see themselves in their future.

A highly sought-after advisor, strategist, facilitator and speaker. Carol Anne’s work has been recognized with an “Outstanding Business Achievement” Award from BC Achievement in 2013, a ‘Creating Wealth Award’ from the National Indigenous Council of Elders, a ’Business of the Year Award” from the Nuu chah nulth Economic Development Corporation and most recently the national Excellence in Aboriginal Relations Award from the Canadian Council for Aboriginal Business.

The Award of Distinction is presented to a person who, over his or her career, has made a significant difference in the Indigenous business community through his or her entrepreneurial endeavours and, in doing so, serves as a leader, role model, mentor and inspiration. The individual may be a pioneer in his or her business activities, a successful entrepreneur, or an individual who has been instrumental in supporting or creating Indigenous business activities in British Columbia.

All recipients of the 2020 Indigenous Business Award and their award categories can be found at bcachievement.com.