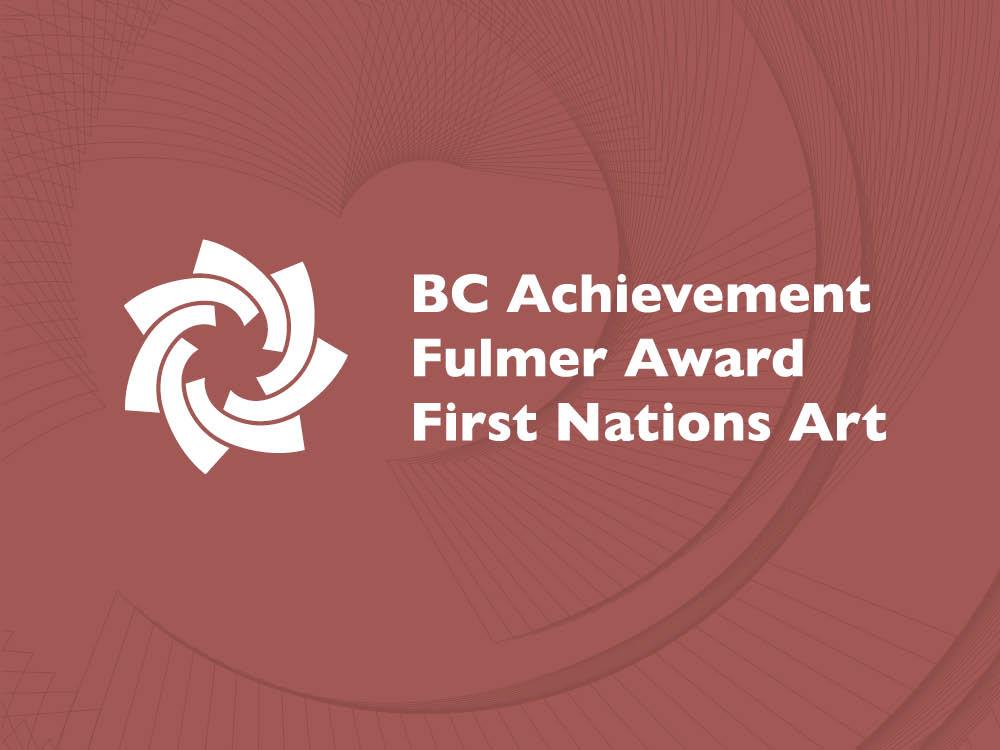 VANCOUVER – The BC Achievement Foundation (BCAF) today announced  the six recipients of the Fulmer Award in First Nations Art. The recipients will be celebrated online for their artistic excellence in traditional, contemporary or media art beginning in November.

“It is a delight for all of us at the BC Achievement Foundation to recognize the six 2020 recipients of the Fulmer Award in First Nations Art. Their work both respects deep traditions and shimmers with the new,” said BCAF chair Anne Giardini. “This year’s awardees join eighty artists from the Award’s past fourteen years. Fulmer Award alumni help to ensure British Columbia is a place of innovation and creative success,” she added.

The 2020 recipients, chosen by an independent jury, are:

This year’s celebration of the Fulmer Award in First Nations Art includes a series of films showcasing each awardee’s artistic accomplishments. BC Achievement thanks its media partners, CFNR and First Nations Drum for their support of the award program.

BC Achievement is an independent foundation established in 2003 to celebrate community service, arts, humanities and enterprise. For information on BC Achievement, visit www.bcachievement.com.

The Fulmer Award in First Nations Art is made possible through the generous support of the Vancouver-based Fulmer Foundation.
Detailed information about the 2020 recipients and a list of past awardees is posted on the foundation’s website at www.bcachievement.com.

A member of the Kayaahl ‘Lanaas Eagle Clan of the Haida Nation, Jaalen has always been surrounded by Haida art. At a young age he started studying the discipline of Haida form-line design under his father Guujaaw’s guidance and later he carved with James Hart. He has also spent countless hours in museums studying the old masters. He owes his understanding of the art to these experiences.