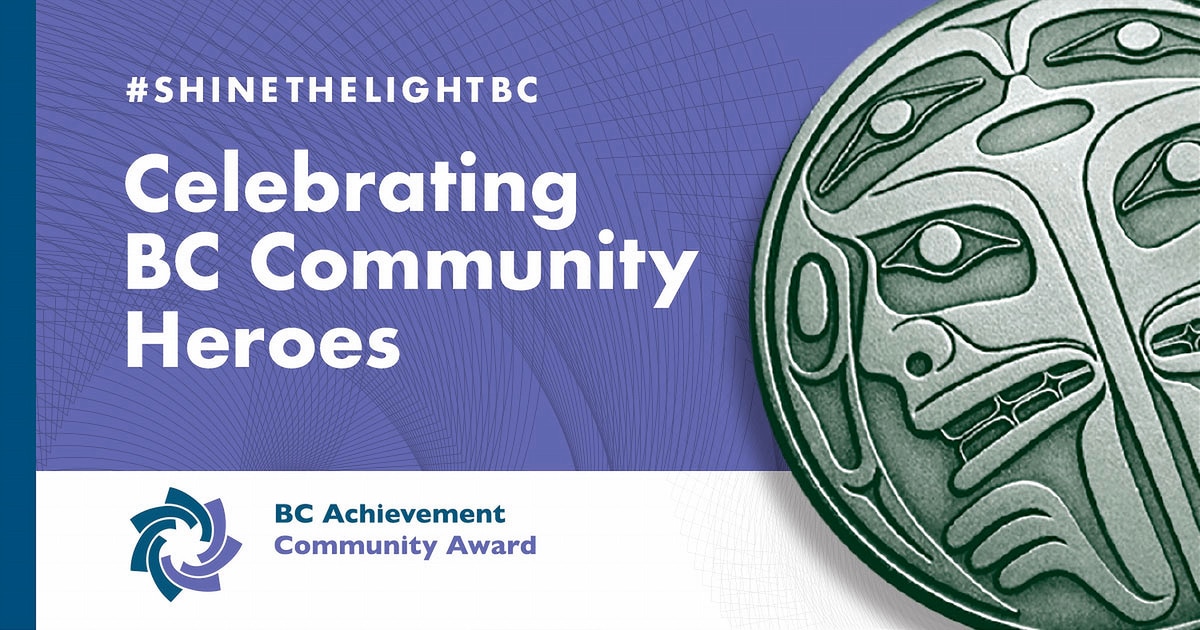 On April 27th, BC Achievement announced the names of 25 impressive recipients of the 17th annual Community Award. Hailing from regions throughout BC and reflecting the diversity of this remarkable province, these awardees represent what it means to be the change you want to see in the world.

The selection committee tasked with reviewing nominations and determining the list of recipients had a difficult job of selecting only 25 individuals for the award; a challenge given the high calibre of the nominations, each worthy of recognition for their contributions. The committee found that there is no shortage of people who lead by example, who give back to their communities and, who offer a hand when it’s needed.

The Community Award program allows BC Achievement to shine a light on these such individuals by honouring their excellence. And, in doing so, provides the opportunity to share the contributions of unsung heroes and role models, whose stories often go unheard. In stewarding these cultural heroes, BC Achievement aims to inspire others to step up and build more connected communities. In the context of COVID-19, this call to action is needed now more than ever.

This year’s cohort of awardees creates meaningful change in their respective communities, and the cumulative effect of their efforts makes this province stronger, more resilient, more creative, and more viable.

Each awardee has their own story, their own passion and their own style and way of enhancing their community. They are all change makers through their extraordinary actions, and each carries out their work with humility. They are not looking for accolades, or attention, they are driven by a desire to do better, make better, and share the success of their efforts with those around them. For many the value in the award is the attention it brings to the cause or organization they serve.

BC Achievement salutes these 25 awardees who are being honoured for their generosity of spirit and their commitment to serve. Join with BC Achievement for the #shinethelightbc campaign for the next 25 days – with daily tributes to each of these outstanding British Columbians who lead by their example. Together, we will lift them up and share their stories and may we all be inspired to be the change we want to see in the world.

Congratulations and much appreciation to these 2020 Community Awardees: